Superhero MMOs really make for some spectacular screenshots, you have to agree. And if you don’t agree, you might be on the receiving end of Massively OP reader Russell’s verdant vengeance.

“This is my Green Lantern, Pinball, from DCUO,” Russell submitted. “He’s taking to the skies in the blackest of night where no evil shall escape his sight, and those who worship evil’s might are about to get their asses kicked by his Green Lantern’s Light!”

I got goosebumps. Seriously. Now let’s see what the community has for us in this full-color edition of One Shots! 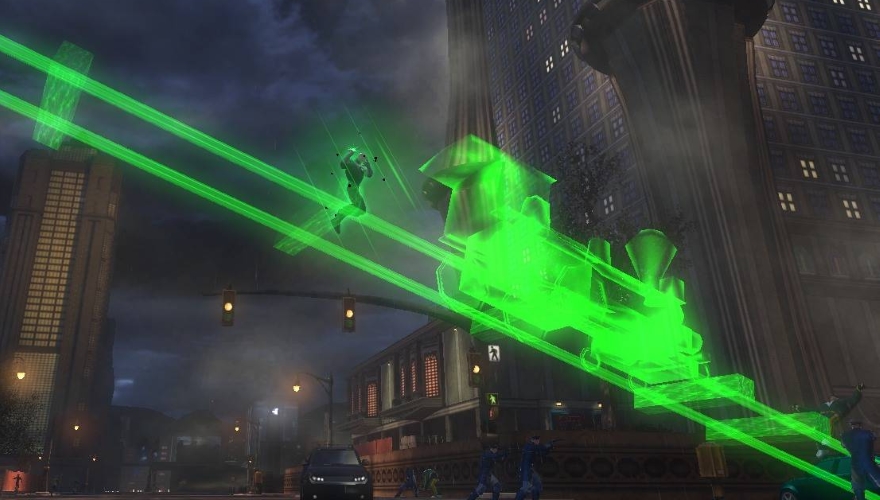 Did you forget about Guild Wars 2’s bobblehead experiment? Well, Matthew hasn’t, and he’s got a blast to the big-headed past for us today!

“My Elementalist, Ronnie Raymond, was randomly running around the Fields of Ruin zone when I happened to find a Bobblehead Laboratory table sitting out in the middle of nowhere,” Matthew wrote. “There were some random liquids on the table, so without blinking, my character chose to chugg down a vial of whoknowswhat. Suddenly everyone’s head was HUGE! I went around taking screenshots of all the funny looking characters with big heads. This is probably my favorite one; it’s a flock of Frightened Moas.” 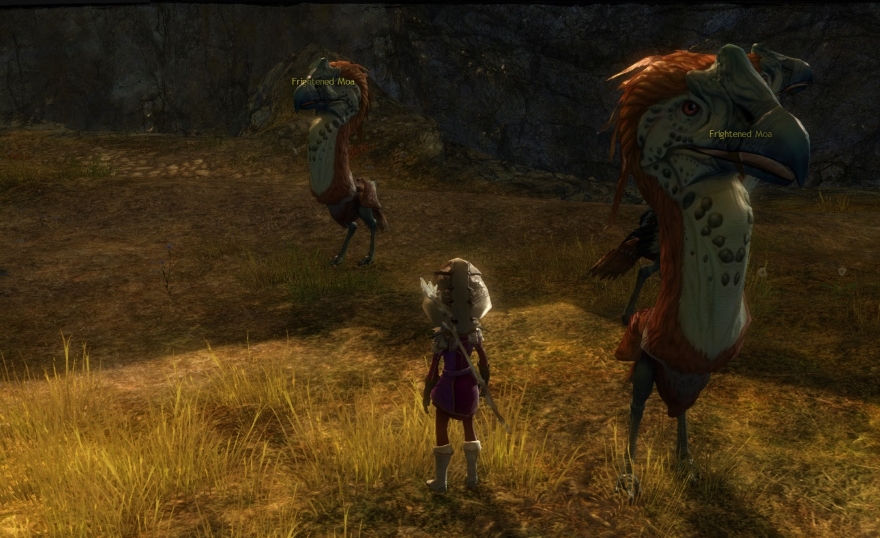 I have to say, I am in love with this particular screenshot. It’s a great confluence of events and positioning. “During the winter holiday event in The Secret World, for just a split second, I was sure that I had travelled through a wardrobe and ended up in Narnia,” reader Nordavind writes. 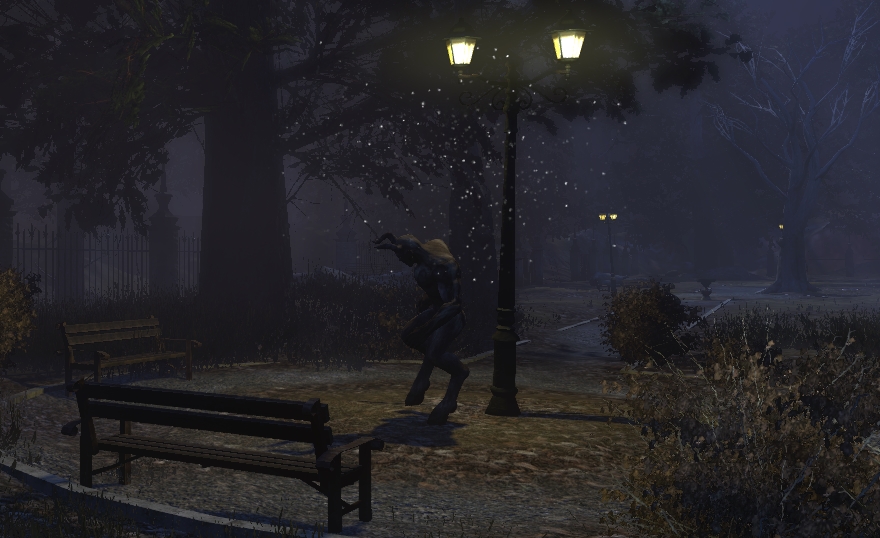 And here’s another awesome pic! You guys and gals really outdid yourselves in sending me a bevy of terrific screenshots, so pat yourself on the back for the initial effort.

John sent this one in from Elder Scrolls Online: “Here is my Templar looking across a bay at a lighthouse in Stormhaven as a storm was going on. Just managed to catch a bolt of lightning over the town where there was some… disaster I cannot remember. Being the average person in a typical MMO really must be a tough life with one’s home and neighbors constantly getting razed by monsters. Or raided by bandits. Or becoming cursed as undead. Or infected by plague. Or in the middle of a war. Or any other number of atrocities that occur so our characters can be heroes. This genre is ripe for subversion.” 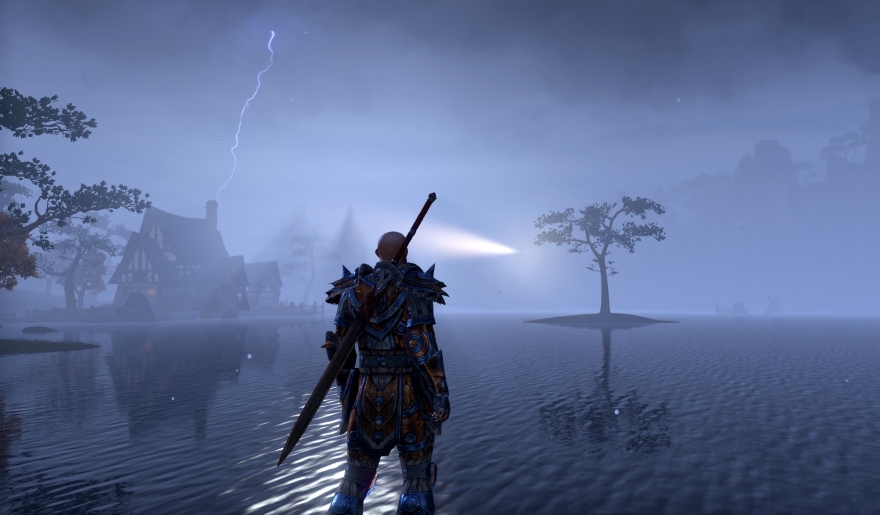 So your screenshot challenge of the week is to send in pictures from an isometric MMO or online action RPG! Let’s get some of that sideways-top-down perspective going!

EatCandy What game is that from?

Xephyr jgauthier45  Beautiful shots..i snuck one for a wallpaper ..hope you don’t mind ;)

Siphaed Not so much celebrate as we go around killing him and his mother. We get lumps of coal though >.>

A DCUO and DC Comics reference in the same One Shots. Excelsior!

I love the Secret World screenshot!  I really need to get back into the game.  I really love the atmosphere in that game, but for some reason it’s just not sticking for me.  Maybe next time I get into it I will try to find a cabal and see if that helps me push forward in that game.  I really want to…

Smile and the World of Warcraft smiles with you.

For The Horde selfie!

krieglich RagnarTheDrunk  I can’t wait to get this game this month! … and I promise..I will Not be one of those idiots O.O  …well a lil nubbly for a few weeks..so be nice!..but i’ll behave.

RagnarTheDrunk I hope it won’t be that bad, at least you have to buy the game. Games like GW 2 or TSW aren’t full of idiots either – so fingers crossed. :>