What would you do if you went up against a giant face intent on bringing forth your personal doom? I don’t know about you, but I would finally use a wizard’s staff for its clear purpose as an oversized Q-Tip and make sure that the boss’ nasal passages were cleared out. Then we would become the best of friends and would never speak of the incident again.

Reader Wolfyseyes may have gone a different way with this confrontation from Final Fantasy XIV. “During the madness of fighting the Cloud of Darkness, I managed to snag a main tank position as well as this screenshot from the fight,” he said.” Not the cleanest shot I’ve ever snagged, but certainly one of the more thematic.”

We’ve got giant heads, great pictures, and a new surprise for you after the break! 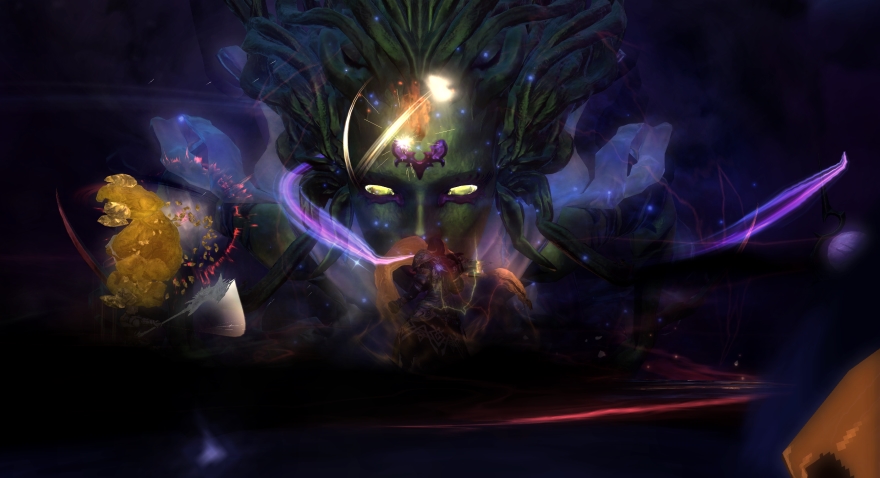 Speaking of FFXIV, John D found himself braving the elements in the game: “Much like the horrible winter we’ve had here in NYC, my level 39 Conjurer Tobey is leaving the warmth of a safer land to explore the colder harsher world. I think he’s prepared more than I am!”

Forty-nine pounds and 1% body fat? That’s going to be one tiny popsicle within a half an hour, methinks. 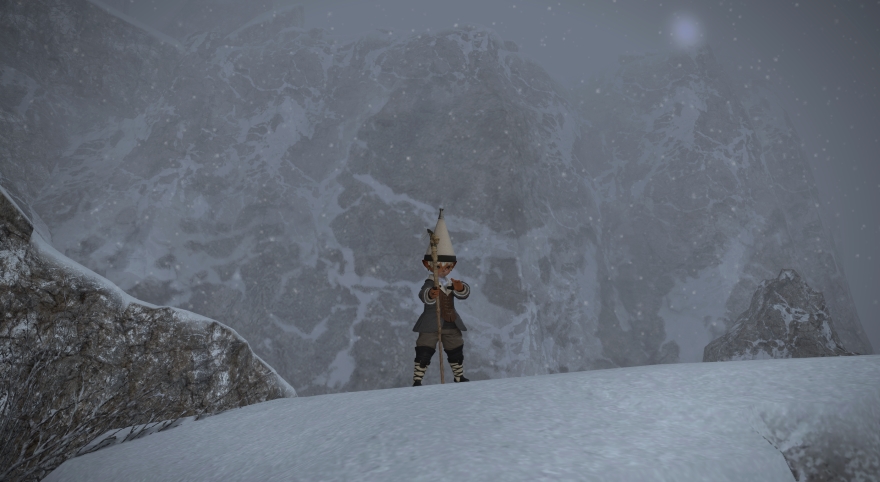 I am eagerly looking forward to Elder Scrolls Online’s buy-to-play launch, if only to see for myself all of the gorgeous vistas you all keep sending my way. This is an award-worthy shot from reader Jake, who makes an interesting observation.

“I’ve never been one to take a lot of screen shots (often the ones I send in to One Shots are the ONLY ones I have on record), but I have not been able to stop with this game. Everything is beautiful, and the UI is so minimal that you notice your surroundings a lot more. In fact, there have been several times I’ve taken a screenshot only later to realize I never hid the UI because it is so unobtrusive,” Jake wrote. 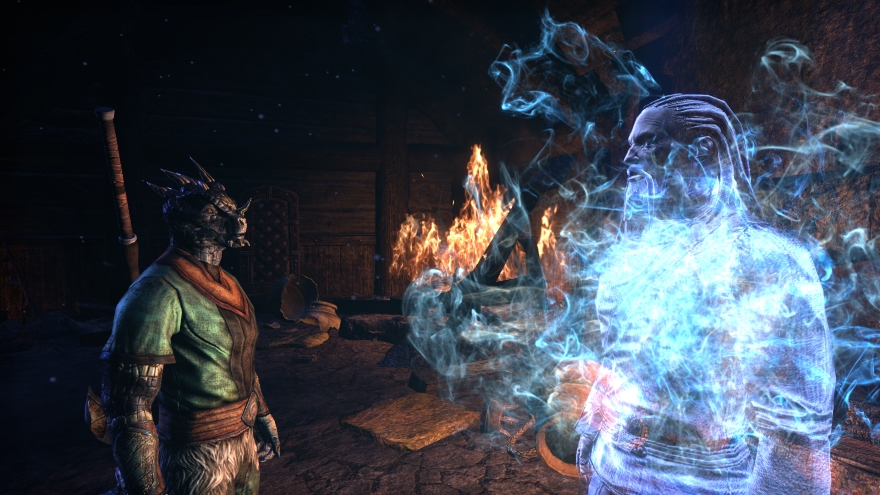 It’s not a party unless there are embarassing pictures to prove it, right? Reader Lisa made sure to take a picture of the latest Hobbit-strewn rave that she went to in Lord of the Rings Online. After they were done? My sources said that they delivered bad pies all over the Shire and then stole them back!

“Here’s a concert I attended on Laurelin, hosted by the Song Burrow Strollers,” she said. 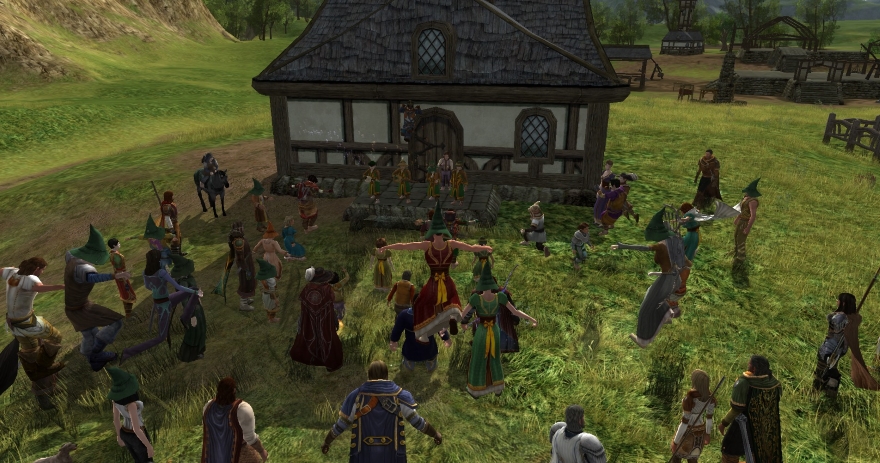 So I promised you a surprise at the start of the column, so here it is. I’ll be including an additional pic every week from here on out, hand-picked as a favorite from a previous One Shots comment section. Today’s winner is Elikal, who posted his old Star Wars Galaxies house on the beach of Naboo on Starsider. 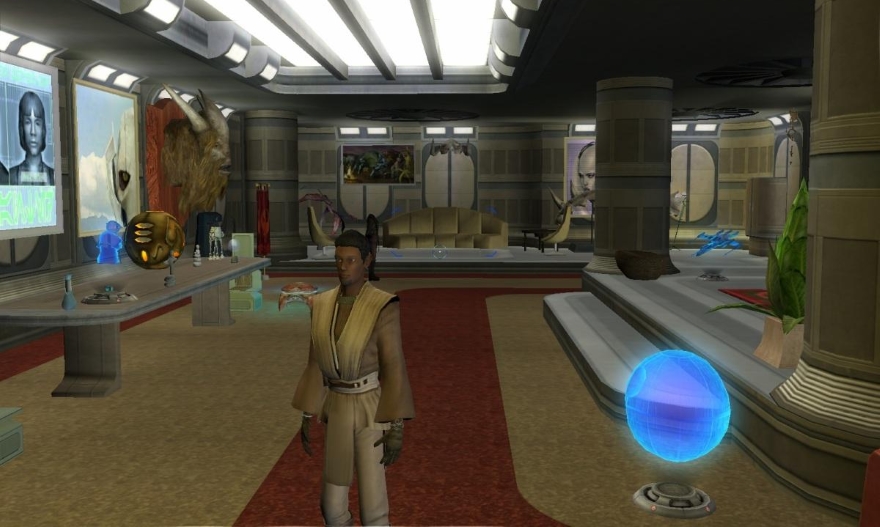 Your screenshot challenge this week is to get a picture of a really cool-looking skill or spell in action! You’re going to need to be quick to pull off the perfect shot, so let’s see what you’ve got!

/play Eye of the Tiger

I suck at screenshots but I decided to share this one anyway:
I just returned to ESO.  This is my new resto staff nightblade.

JonBuck eLdritchMD oh ok. yeah I don’t think I’ve done that yet… thanks for the info, I couldn’t find it when I looked ._.

breetoplay Gylnne Ghostmourn
I just made this pic my desktop, in honor of March 17th.  :)

eLdritchMD The wiki says that the previous quest in the chain is “The Ultimate Weapon” in the Main Scenario.

Ghostmourn Koshelkin Vexia FFXIV has beautiful day/night and weather, too. I remember, for instance, searching for elite marks in Thanalan during a sandstorm. :P