Happy birthday, sweet sixteen! That’s the song going through the air this week as EverQuest celebrates its latest claim to fame: membership in an exclusive club of MMORPGs old enough to get a license in the US. And while some might argue that 16 actually indicates old age in gaming, EQ bounded through the year with the zest and confidence of a young whippersnapper, showing no intention of slowing down. Even the infamous SOE changes didn’t completely derail the momentum, as evidenced by a hearty multi-month party schedule to celebrate the occasion.

This past year has certainly had its ups and downs. Will EQ be able to keep up the momentum throughout this next year in light of recent events? That’s the million-dollar question, and many are eagerly awaiting the answer! While time will certainly supply it, let’s take this moment to look back and then enjoy the party going on right now. 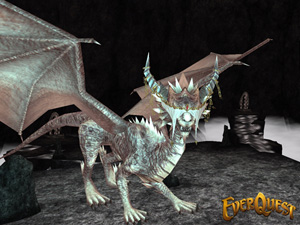 Every year I hear calls from folks not invested in the game to let EQ go ahead and die in peace so development resources can move forward into newer, younger games in the industry. Why on Norrath would you do that when EQ has such a dedicated following, a committed dev team, and a rich story to continue telling? Every year the team shows that the game is far from maintenance mode, with updates, fixes, changes, and new content and expansions launching — why would this year be any different?

Of course, not all change is necessarily good (as some die-hard fans can atttest!); there were definitely hiccups along the way.

Shortly after the 15th anniversary celebration, then-SOE announced that the All Access membership was being revamped. The initial proposal was met with dissatisfaction, and in a move that showed the company was listening to its playerbase, it modified the proposal. Then, when the program was finally implemented, there were some issues that necessitated offering some kind of compensation; for EQ players, it amounted basically to a double XP weekend.

Major content updates may not have been a monthly thing, but that doesn’t mean the game suffered from a total dearth of content either. In June, content was boosted with the Tower of Rot (for players 95+) and the living legacy raids. Come July players were able to explore the fiery city of Argin-Hizand (a level 100 group-content zone accessed from the portals in Ethernere-Tainted West Karana and South Ro) as well as attempt to send Lady Lendiniara back to her world in the final Call of the Forsaken raid for level 100 adventurers, The Journey Home. Then, on November 11th, Darkened Sea, EQ’s 21st expansion, went live (though it was opened to members on October 28th). Besides a level cap increase, Darkened Sea introduced a host of new features including new zones and a mount keyring. Just this past January saw a patch to improve the look of old NPCs, and even more items were added to the Hero’s Forge. And the new loot system is in testing now! 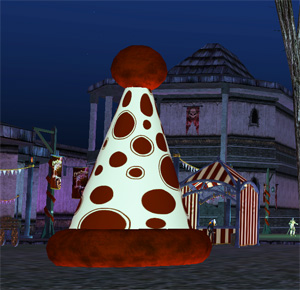 Throughout the year there were plenty of familiar holiday festivals with goodies galore to keep the revelers reveling, from Erollisi Day to Nights of the Dead to Bristlebane. Frostfell included 15 days of holiday cheer in an event that was full of sales, promotions, and events like double rare spawns. There were also raid events, Hardcore Heritage events, and a Death, Death, Death event that pitted players against classic baddies from Norrath’s history. In October there was even a traveling vendor wandering the lands for players to find; this Shadiest Swashbuckler had a a limited number of items in her inventory each day.

EQ isn’t throwing some piddly three-hour party that breaks up and then people wander home; this party is going from now until June 10th. Sound surprising? While all the events are not running for the entire time, there will be celebratory festivities overlapping all the way into the summer, including a return of all the previous celebrations from the 5th anniversary on. The specific events and time frames for each are:

In an awesome tribute to a personality who truly put a friendly face on the industry, one of the 16th anniversary quest-givers is a stocky dwarf named Brasse. And as you’d expect, she’s inviting players to imbibe to their hearts’ content on a Pub Crawl that ends with an added reward of a Drunkard’s Stein.

One damper on this party is that not everyone who enjoys EverQuest can participate in a major aspect of the anniversary celebration: All lower-level characters are barred from taking part in the newest player-made missions. The lowest the majority of these scale down to is level 75. Now, I can understand that after 16 years many fans have at least one — or 10 — max-level characters. But not everyone was around for that whole time, and there are even now new players peeking in to check things out. What message is the game sending when those eager new players are told, “Sorry, you’re not good enough to party with us”? I wasn’t even able to show them off for my anniversary stream!

Contrast this with EverQuest II’s celebrations that have content scale to player-level, which allowed me to take friends who were brand-new to the game through the festivities to nab some special loot and — more importantly — have fun and gain an appreciation for the game and what it has to offer. I’m seriously disappointed in EQ for this one; I think the ball was dropped.

With any luck and a few friends, I’ll be able to enjoy some of these festivities on my newly minted heroic character. I just wish iI didn’t have to use the cash shop to buy my ticket to the party!

I find it disappointing that I can’t partake in most of the events.  Even though I’ve been playing EverQuest for close to 10 years, life happens and I wasn’t able to keep up with many of the time commitments and temperamentally, I get bored grinding xp.  I’m more than a little annoyed that almost all the events are scaled for level 95 and up (I’m level 92).  In the past, level-specific quests were given.  This year’s events just feel half-assed.

As a new player (level 37) I’m plenty excited by the 160% xp boost :) the game feels absolutely massive, and I’m really enjoying stumbling my way around a game that’s 16 years old. To me, it’s ALL brand new!

ITPalg Yes, but that wasn’t the point — the point was still that these missions are level locked in an extreme way so that only the highest level (bought or not) can do that,  And that sucks IMO. Not something for an anniversary quest!

flatline4400 Next year that dwarf will be found sitting in a tavern drunk off their stool with a quest to find a new adventure for her.

People kept saying in chat that the npcs you were talking to were group quest npcs.

Too bad they didnt do another free Heroic Character (level 85) promotion this year to coincide with the anniversary, like last year.  Seems like kind of a no brainer.

Epic Games brings Fortnite complaint against Apple and Google to the...