It’s all over for Final Fantasy XI. Or it will be, anyhow.

It was hard to imagine that the big Final Fantasy XI conference was going to end in a whole bunch of good news for the game. The game has been running for half of forever, and it’s not as if it coincided with a big event that would make an expansion or the like sound reasonable. So what we actually got was…

Well, all things considered, it was intensely positive.

Don’t misunderstand me; I’m sure that pretty much everyone who still plays the game and several people watching from the sidelines would prefer that FFXI continued getting big updates and improving forever. But realistically, this is what’s best for the health of the game and the playerbase. Yet I’ve already seen more than a few people taking umbrage with it, complaining and raging that this is some betrayal or that it shows Square-Enix has no idea what it’s doing, accusations that are almost comically misplaced. 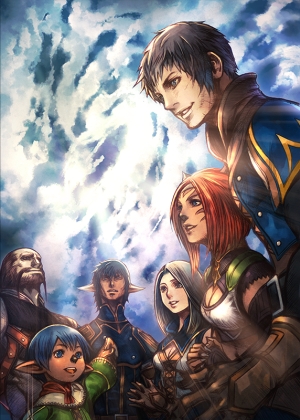 Let’s recap. Over the course of the next year or so, FFXI will receive one final storyline to wrap up everything that’s happened over the greater-than-a-decade it’s been operating. It’ll also be receiving a mobile client, and there will be another game released based in Vana’diel. How that will tie into the mobile client remains to be seen, although they’re being announced as very separate things; the standalone title appears to be Japan-only at this time, but it can of course change.

All of this is good, not the least of which because this was always the endgame for the title.

The fact is that every online game decreases in relevance, users, and popularity over time. You have two models to use here, and one of them is to basically just keep going until finances force you to shut down, no matter how small updates may become or how many people remain in the game. The other option, though, is what Square-Enix is going with: bow out gracefully while the game is still relevant.

I generally like this approach better. It’s the same reason I like shows that don’t try to drag their runs out as long as possible. At this point, The Simpsons could end tomorrow and it would still be arguable if it even had as many good seasons as bad ones. Stopping when you’re ahead is a mark of moderation and being conscious of what you have.

At this point, the plan is for updates to halt but support on the PC to continue indefinitely. Refocusing on PC development instead of consoles doesn’t help matter much, but that’s because it’s happening at the end of the game’s life cycle rather than the middle. Saying “it’s not helping development now” is missing the entire point that literally nothing can or will help development now; development is over now.

You might have no interest in playing the game on mobile, of course. But if you already play the game and have for year, it’s possible – probable, even – that you are not the target audience for that feature. It’s far more likely that the target audience consists of people who haven’t played the game before or people who would like to try out a game that’s already feature complete. It’s an experiment, and quite frankly with the game as it is, it’s a very good sort of experiment.

After 13 years, the game is going to be closing down the active potion of its development. But the game itself isn’t going anywhere despite that. I can think of only a few other games that have ever done that, and it’s a sign of respect and veneration, not a matter of tossing the older games under the bus whilst still supporting it in its twilight years. 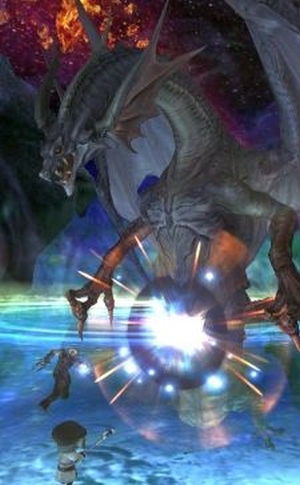 For me, of course, it prompts memories. Final Fantasy XI is the point on the map where my journey through MMOs began. It was the first online game of its type that I ever played, a game I very nearly passed on altogether until my girlfriend at the time convinced me it was a good idea. I remember logging in the first night and watching the painfully slow download on PlayOnline, a client service that was and is so endlessly unnecessary that it seems absurd except as a relic of PS2 development.

And so much of my play and enjoyment still centers around what I learned to love in FFXI. My love of roleplaying comes in part from the stories I made in that game. I remember sitting in Jeuno and chatting with friends, running through the expansive and seemingly endless maps, exploring the storyline in fits and starts. My mind casts me back to searching for keys so I could unlock my airship passage, farming subjob items to reach Whitegate, unlocking new jobs and trying them out, sitting in Ronfaure just listening to the music.

It’s a grand game. It’s a game that frequently shows its affection for its players in a way more suited to showing utter contempt, but it’s still a game that remains resolutely a part of my identity and history. I will miss it when it goes quiet, but at the same time I’m happy that the game had the durability, the innovation, and the longevity that it did. And I’d much rather have it end on a high note here than simply continue on interminably for years without updates.

All good things must come to an end. But what an end. What a timeline. What a journey.

Feedback may be left down in the comments below, as always, or it can be sent along to eliot@massivelyop.com. Next week, I want to actually go back to talking about Final Fantasy XIV and speculating about where the chips will fall once the last part of the 2.5 patch comes out. (Spoiler warning: Lots of people will die and be hurt, probably. A trend has been established.)

sdyaris While it’s not official cannon, there has been a FFXI x FFXIV crossover on both games though special events.  Likewise, there’s a ton more FFXI references in FFXIV (Enemy names, events, NPC chatter, this flavor text for a drop from a known FFXI NM: http://www.xiv-minions.com/minions/smallshell.php )

But yeah, besides that, nothing officially as cannon :)

Succorbenothi My favourite will always be Zi’tah. It’s just so haunting and beautiful. I can see the gloomy trees with Ro’Maeve looming in the distance clear as day every time I listen to it.

FFXI was my first online game too, and I feel a huge pull to go back and see this one last story. I don’t know if I will… when I tried to go back for the last expac I’d grown weary of it; that frightened me a little to be honest. I love this game, I truly do, and I don’t want my last memories of it to be boredom and frustration. Maybe I’ll wait and see what it is first, or try the new mobile client. Maybe it will be more fun if my old linkshell comes back this one last time.

In any case, it’s certainly bittersweet. I will never forget the amazing times I had with my friends in FFXI. While I may have moved on and my tastes changed, I will always consider it one of the best games I’ve ever played.

SE does things their own way. Maybe it’s because they are in Japan, or maybe because they figure people will play Final Fantasy no matter what – but I would gladly pay one sub for both XI and XIV together, as opposed to strictly making XI free to play.

In fact, that would be a smart move on their part, as those playing XIV who never tried XI would be able to give it a shot.

” The other option, though, is what Square-Enix is going with: bow out gracefully while the game is still relevant.”

” I will miss it when it goes quiet,”

I agree Bree with your interpretation of what Eliot meant, it’s just not how it came across. It read like a closure announcement.

AndrewClear Yeah, and GW just died after being put in maintenance mode for 3 years+.  You know not what you say.  I know plenty of people who still go to that game regularly, to experience the lore, or to play one of the few balanced PvP games still around.  You don’t like it, don’t play.  Then you can pretend the game is over and done with, while others can enjoy the game for years to come, without hearing you whining in general chat.

Tandor Shadewalker Agreed, after skimming the article I realised it was Elliot that was bowing out, not the game.

I just looked up the Bastok music.

While i sat there reminiscing at the MANY hours spent there, my wife asked what FF11 was.

Somewhere there was a part of me that died.

AndrewClear
Maintenance Mode =/= Abandoning the game. And as it already has been said elsewhere before dozens of times, they will still update the game from time to time, the only thing stopping now is major content development. Balances and tweaks will still occur as needed, but that’s it. As for the 12 a month? Servers cost money to run, maintain, and at times replace, as does it cost people to handle the game itself.
I’m guessing the fact you don’t like Square wrapping up the game’s story with one last major content update then transitioning it towards a manageable low-cost mode, means you’d rather see the game unceremoniously shuttered then? Because that’s the only other way this could really go.