Those of you who know me know that ranting is not exactly my forte. Although I have dabbled in it a bit here and there over the years, it’s certainly not something that happens often. But some of the arguments that have sprung up from the events surrounding The Secret World this past week just rankled me. Sometimes even the most easygoing have to speak up, and so I am.

Quitcher grumping about TSW sales and just pay for the content you consume before we lose the game!

Before delving deeply into this, I want to emphasize that I am not against a good deal. Never one to be financially blessed (AOL’s cuts last year and this sure saw to that!), I myself am quite the hunter of spiffy bargains. I totally understand that there are times in life you just don’t have the funds to get something you really want. It happens. There are plenty of times I’ve just gone without. And you know what? It sucks, but it isn’t the end of the world. I know tons of folks get that, too. What irks me is when people feel entitled to get things for nothing or next to nothing. If there was ever one type of attitude I’d wipe out of our community — and off the face of the entire planet, if possible — it would be entitlement.

How is this all related to TSW? If you missed the little bruhaha, the basic scenario is this: Funcom offered a sweet deal to new players, the full game plus all issues up through #8 for twenty bucks, to entice them to check out the game. This was after a nice all-in-one Tokyo pack for $30 was made available to everyone. The reaction? While plenty of players were excited for the opportunity for more folks to experience the game, there were those who were put out that such a deal was not extended to them. Some seemed quite indignant. A few of the arguments in particular really tipped the mind-boggle scales for me; they had that air of “I demand something for nothing.” That attitude has no place in gaming. It’s corroding our pastime. That’s why I really dislike the free-to-play model: It fosters an environment of entitlement. People seem to expect something for nothing — nay, demand it — in gaming now. Gimme gimme and feel privileged that I grace your game with my presence. That very attitude threatens TSW.

Plain and simple, we can’t have something for nothing. Game development takes money to happen. Developing more Secret World takes moolah. We are not entitled to pay nothing or next to nothing for a product developed by others for our entertainment. The only ones entitled to anything in this scenario are those developers who put ideas, time, expertise, and effort into creating said product! They are entitled to compensation for their work. If we stop compensating, they stop working.

As I see it, anyone who has spent a great deal of time in the game has already gotten his or her money’s worth in entertainment value. Sure, 20 bucks sounds cheap now, but if a veteran averages out how many hours s/he’s played for the price payed, his/her cost is going to be astronomically lower than what the new folks must pony up. Think about it: You’ve been enjoying this game the whole time — that’s worth a pretty penny. Those new folks have been missing out. Then there is always this question: If you’ve been sitting back and waiting for a sale, was the missed time you could have been deep in the experience worth the few bucks you hoped to save? To some, the value is in not having to wait indefinitely for a possible sale sometime in the future that might never materialize. 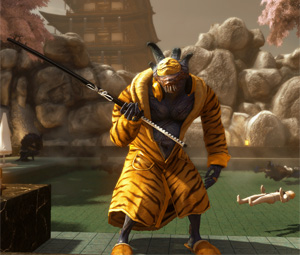 How low must Funcom go?

Would I appreciate a good deal? Of course! But I want Funcom to make enough money to keep going as well. I personally think that we’ve already been given a pretty sweet deal when it comes to The Secret World. You get an incredible game with hours of entertainment to play at your own pace for anywhere from $6 (the best Steam sale ever) to $30. Then you add additional issues for what averages out to $15 a year, and a bit more on top of that for Sidestories content. The new deals sweeten the pot even more. But some folks pulled out the entitlement card, and these are the arguments I feel need rebuttal. I’ve addressed some of the biggest head-scratchers here:

“Folks who have already put hundreds of dollars into the game should get a discount.”

If you’ve supported TSW by spending a hundred dollars or more, that’s totally awesome! I did myself when I bought two different upgrades to my account (sure would have been nice if they stacked though!). But there’s something I don’t quite understand about this statement. If you’ve already spent that kind of money, was it on a lifetime membership or a recurring monthly subscription? If so, you’d already have had the bonus points to buy the DLCs (and a % off in the item store to boot!). That’s the entire point behind those bonus points: You can get upcoming content without any additional outlay of cash. If you did have the bonus points and spent them all on clothing and such in the item shop, that’s not Funcom’s fault. If you didn’t spend the money on either of those membership plans, did you use it to get Funcom Points to spend in the store? Those points are a hard currency to spend on the DLCs as well.

If you are spending $100 on cosmetic items, why are you begrudging the team that makes this game you love a little over $1 a month on content? Here’s the math: The game has been out for almost three years. In that time, there have been three issues that cost only $10 each. Tossing out the last eight months, that still makes the total price only $15 dollars per year for additional content ($17.50 if you add in Issue #5 for all those who didn’t own the game before the buy-to-play conversion). That’s the cost of most game’s monthly subs but spread over the course of an entire 12 months. Now my question is, what about those previous purchases made them worth the cost, but not the DLCs?

“I am a Grandmaster and I should get all the content for free without spending my bonus points.”

Say what? This one truly boggles my mind. You see, the Grandmaster lifetime account is granted those bonus points each and every month specifically so that those members will never have to pay a cent of their money again to get all the content that ever comes out. Ever. And that is precisely what happens. You already are getting the content for free! Not only that, but in a year’s time you receive enough bonus points to buy 12 DLC expansions, a far higher number than the average 1.5 that have been released. That leaves you with thousands of extra bonus points to spend on whatever the heck you want. Where on earth are you actually getting cheated in this scenario? It’s like you are asking Funcom to pay you for playing! A Grandmaster’s entitlement to free content ends at getting the promised bonus points; how you spend them from there is your own choice.

“This is just like Trion’s dolphingate! Why aren’t more people rioting?”

The masses of TSW’s veterans are not as rankled at this situation because it actually is not like the incident that happened with ArcheAge. Trion passed out items that affect gameplay, including a very rare water mount. That dolphin also happens to be an item that current players had very little chance of ever acquiring on their own due to its being a rare dungeon-boss drop. Funcom, on the other hand, was not offering any type of in-game advantage over others with an item or even something that other players couldn’t easily obtain for themselves. Every single person has the same ability to get the game and content packs (wallet emptiness notwithstanding).

Since the veteran deal was just offered on Issues #5 through #8, you might think this whole discourse is moot. But it’s not. I love The Secret World; I want this game to be around a long time and be developing new content the whole way. To do that, Funcom needs a real revenue stream. Folks need to get over wanting as much as they can get without paying anything for it. At some point, you’ll be left getting what you pay for: nothing. I don’t think any of us wants to see that.

Dauntless developer Phoenix Labs says it has ‘close to’ 10 games...