The past few years have seen a resurgence of support for sandbox MMOs, both of the trying-to-be-minecraft creative kind and the hardcore nuke-it-from orbit PvP variety. We’ve partly got games like DayZ to thank for the latter, and with recently released survival MMO H1Z1 netting over a million sales while still in Early Access, that’s a trend that is sure to continue. Fantasy PvP sandbox Crowfall also raked in nearly two million dollars in crowdfunding thanks in part to its plans for destructible campaign worlds with varying loot rules. With so much financial support, we’re undoubtedly in for a flood of new sandbox MMOs clamoring for a slice of the PvP pie.

EVE Online has a special pride of place in this particular subgenre, with over a decade of successful operation as one of the most hardcore PvP MMOs out there. EVE hit on some important principles that many other PvP-based MMOs have missed, such as its adherence to a risk-vs.-reward policy and the way items and ships are disposable. On the other hand, EVE‘s reputation for harsh death penalties and unforgiving free-for-all PvP rules have hindered efforts to make the game more accessible to new players. There are both positive and negative lessons to be learned from EVE‘s long history in the MMO space, and all other PvP sandboxes should learn from them.

In this edition of EVE Evolved, I look at what makes EVE fundamentally tick as a PvP-based sandbox and four big lessons other MMOs can learn from it. 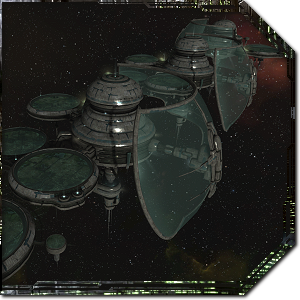 #1 EVE was an emptybox at launch, and that’s OK

When EVE Online launched, it had very little in the way of content. We had a handful of ships and a few thousand star systems filled with stations and asteroid belts. It was what Massively OP’s Bree might describe as “an emptybox,” a sandbox that someone has forgotten to fill up with sand. When EVE players eventually filled that void themselves, the one thing that became apparent was that CCP had designed the game to encourage conflict over resources. Basic ore and frigate NPCs with small bounties were available throughout high-security space, but you had to venture into low-security or null-security space if you wanted better resources.

High-security space was a largely safe haven where the police would respond to any attack within seconds and blow the aggressor out of the sky. Low-security systems had no police protection, but automated sentry guns on the stargates and stations dealt a lot of damage to anyone foolish enough to attack another player in range. As there were no sentry guns in the asteroid belts, players taking advantage of the improved ore and NPCs in lowsec had to put themselves at risk of being hit by a player pirate. The lawless depths of null-security space offered the greatest rewards but absolutely no protection from PvP at all, and players often got caught transporting expensive minerals and gear back to safer space.

This remarkably simple setup was enough to get players to self-organise, compete over resources, lay claim to star systems, and come up with their own complex politics. Players could even form corporations and declare war on each other in high-security space, and frequently clashed over the rights to mine in particular asteroid belts. There’s been some concern that upcoming PvP-based sandbox MMOs might be very content-light at launch, but EVE‘s early years proved that this isn’t necessarily a problem. 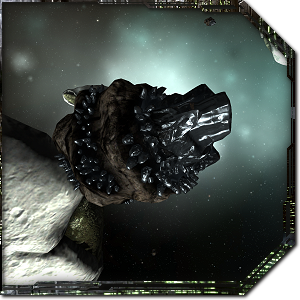 The core of what made EVE tick in its early years was a strict adherence to a risk-versus-reward policy. Players had access to basic content in relative safety but were forced to expose themselves to greater danger of PvP in order to reap better rewards. This incentivised players to make expeditionary trips into dangerous territory in search of riches, leading to some of the most fun and rewarding cat-and-mouse PvP I’ve ever had in an MMO. Any new MMO based around open-world PvP or territorial warfare should be using a risk-vs.-reward policy toward game design to incentivise the same gameplay.

Risk-vs.-reward is still an important concept in EVE‘s development today, but over the years that principle has been bent and broken several times. Players can currently make more ISK running level 4 missions or incursions in high-security space than they can make in more dangerous areas of the game, for example. The relative safety of highsec also lets people use more expensive ships and equipment than they’d willingly risk in PvP, increasing the amount of ISK made per hour substantially. If EVE‘s complex development history is anything to go by, balancing an MMO using a risk-vs.-reward policy isn’t as simple as it seems. 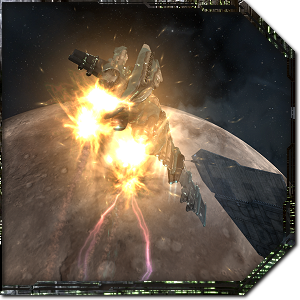 #3 Item loss on death is essential

Of all the features associated with PvP-based sandbox games, item loss on death is perhaps the most controversial. For years we’ve had commenters write that they wouldn’t play EVE for fear of losing everything they owned to a griefer, and the stories of players losing thousands of dollars worth of PLEX in unfortunate accidents certainly didn’t help with that perception. But the truth is that ships in EVE are just tools we use to get a job done, and it’s totally up to the player to decide how much or how little he wants to invest in those tools and so risk losing. If you fly a tricked-out tech 2 battleship full of rare officer modules and get blown up, that was the risk level you chose.

The difference between losing items in EVE versus losing items in many other MMOs is that items in EVE are generic and replaceable. Every Thorax class cruiser is the same as every other one, and every Heavy Neutron Blaster II is identical. Players will stockpile dozens or even hundreds of copies of the same ship and just jump into a new one on death. Not only does item destruction keep the crafting economy going, but it also naturally balances out the power of rare gear and stops players with deep pockets from perpetually outmatching poorer foes just because they managed to get some rare gear. The power difference between standard and rare equipment in EVE also isn’t terribly large, so the vast majority of players use standard tech 2 modules and tech 1 or 2 ships. 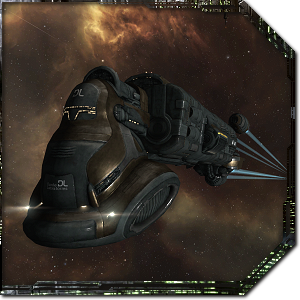 EVE practically prides itself on the fact that you’re never 100% safe anywhere in the game, as you can still be suicide-ganked by a gang of players in the safest high-security star systems. This extreme level of vulnerability has earned EVE a reputation as an unrelentingly punishing game, but it’s not really a necessary component of a good PvP sandbox. It’s perfectly acceptable and maybe even preferable to give players PvP invulnerability while in certain designated safe areas or performing certain tasks. Even EVE Online makes players invulnerable to PvP while docked in a station, where they can do all the manufacturing, marketeering, and ship-spinning they like in complete safety.

Every PvP-based sandbox game has to draw its own line in the sand and decide how much of its content and gameplay should be accessible in total safety. Games like EVE and Darkfall have shown that making players vulnerable to PvP almost everywhere can put them off the game altogether, but allowing players to switch off PvP altogether isn’t an option. The game of cat and mouse fundamentally doesn’t work with only cats, and territorial warfare doesn’t work if people can opt out of fighting. The ideal setup for a PvP sandbox would be to give people completely safe access to basic gameplay and content, and then force them to put themselves at risk of PvP to access anything better.

There should ideally be a sliding scale of increased risk leading to better rewards in order to ease people into PvP, with no harsh boundaries between different security levels. For those in warring alliances, bonus rewards for entering enemy territory where you’ll be most at risk should also incentivise PvP. This seems to be the route that EVE Online is headed with its upcoming structure revamp, and I think that’s one feature that other developers should really keep their eyes on.

There’s no simple formula for what makes a sandbox work, but for one that features open-world PvP and sells itself as hardcore, I think the four lessons above may prove to be universal. Crowfall seems to be following many of these rules implicitly from the start, with destructible gear and a risk-vs.-reward design approach to its different PvP world types. As more sandbox games pop up and vie for a slice of the action, it will be interesting to see whether any follow the lessons learned from EVE‘s decade-long history and even improve on its designs.