Did you miss the latest ArcheAge livestream featuring the Trion dev team? It was a biggun, and it contained quite a lot of information relative to the upcoming Dread Prophecies patch. Currently 1.7 part one is scheduled for the end of this month, though it may slip into early May given how much stuff is jammed into it.

Whether you’re looking for new zones, achievements, PvP objectives, or furniture items, the new patch probably has something interesting in it if you’re an ArcheAge fan.

The new zones include Golden Ruins and Mistmerrow, both of which are on Auroria. Golden Ruins is aimed at PvE players leveling their way from 50 to 55, and while Trion says that mob difficulty and density varies, it’s much easier than the recently released Library. It also boasts a new player housing area that’s twice as large as its counterpart in Diamond Shores as well as a continuation of the quest line for creating your first obsidian weapon.

Mistmerrow is PvP-focused, with the usual kill-for-honor system as well as a new tower-based minigame that rewards both winners and losers with tokens. In a nutshell, towers must be controlled by competing teams of players, with the winning side receiving more tokens which are then redeemable for various musical instruments that grant class-specific stat buffs. You can read a bit more about the new zones on Trion’s website.

Aside from the addition of Golden Ruins and Mistmerrow, the other big zone-related change comes courtesy of a Freedich Island revamp. Trion and XLGAMES are looking to increase PvP competition on the pirate isle, so they’re removing player housing as well as the ability to port to Freedich. The devs said that players with existing housing will be compensated for their loss by something “worthwhile,” though they didn’t provide specifics during this livestream.

Freedich is getting a new gold trader, which will pay out a lot of coin for specialty packs. The island will also feature a new ocean trader who accepts specialty packs salvaged from shipwrecks in exchange for gold payouts. Finally, a new resource trader will grant rare shipbuilding items. 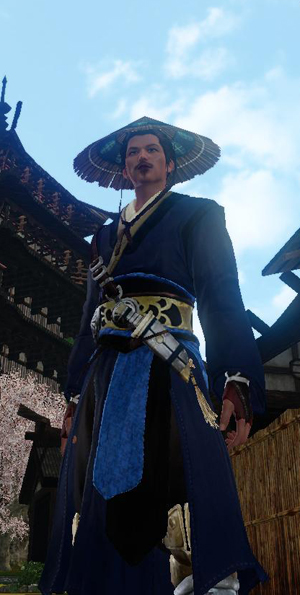 ArcheAge is getting an achievement system in 1.7A, complete with a new quest journal tab and 200-plus achievements ranging from leveling to house building to killing bosses to seeing the game world. Achievement completion earns you merit badges, which in turn may be exchanged for fluff items including costumes and gliders. Oh, and don’t worry if you’re a veteran who’s seen and done it all; the new system will give you credit for any achievements you’ve completed prior to patch day.

My favorite part of Dread Prophecies thus far is the focus on exploration. Trion says that the game’s new exploration proficiency is a replacement for the Nui’s Tears system that was scrapped prior to launch. The new mechanic ties into achievements and is based on exploring ArcheAge’s huge zones, which subsequently fills zone-specific progress bars and results in both XP and various rewards.

Aside from the addition of exploration, proficiencies are getting a further facelift thanks to four additional ranks that expand the current top tier (Champion) all the way up to Master. The proficiency skill cap is also being raised to 180,000.

Farmers rejoice, as 1.7A is adding a new 16×16 to ArcheAge’s repertoire. It’s called an improved scarecrow farm, and it features a built-in farmer’s workstation. The improved farm can be produced by combining gazebo garden materials with an existing 16×16 deed. Farmers are also getting their own competitive event, which tasks players with growing as many glorious experia plants as possible in two weeks. Prizes include house furniture and farming items.

The devs are also upping the archeum drop rate by 50 percent and enabling archeum tree drops in loot pouches.

Dread Prophecies will add auto-sorting capabilities to all storage chests as well as 40 new furniture items. These include new lights, a new bed, and three different types of floating chests that can hold everything from sheet music to costumes to mounts and vehicles.

Trion is throwing subscribers a few bones in the form of more offline labor regeneration (10 points every five minutes) as well as a 20 percent XP bonus. Patrons will get 20 percent off normal production times and 50 percent off auction house fees; subbers will also see a repair button and an auction house button on their inventory page.

There’s a lot more coming in the initial 1.7 patch, too. I’ve chosen to hit my personal highlights here, but Trion’s livestream is worth watching if you’re into gear grinds and you want to know about obsidian armor and weapons, Dawnsdrop armor, and some sort of Gear of Legends score that tracks your progression, provides leaderboards, and allows you to evaluate other players. The firm will also be discussing Dread Prophesies even further on its next livestream which happens today (April 10th) at 5:30 p.m. EDT.

Oh, and if you haven’t already claimed your Spring Tidings gift, you can do that via your account page on Trion’s website. It includes a plushie, a character title that decreases production time by two percent, and a selection of Easter egg buffs including health and mana regens and XP and movement increases.

Trion says it will be a couple of weeks before Dread Prophecies shows up on ArcheAge’s test server.

Jef Reahard has been playing ArcheAge since the 2011 Korean closed beta tests and writing Massively Overpowered’s Lost Continent column since 2013. It chronicles one man’s journey through XLGAMES’ fantasy sandpark while examining PvE, PvP, roleplay, and beyond.
Advertisement

I must admit I’m still very sour for having spent over 200€ on this game. I don’t think there ever was a game that has left me so sour for this long. Heck, I even played the russian beta before Trion’s AA and I liked it (though, without fully knowing then just how pay2win the game is).

This might bring my interest back to the game, which was good (but not great) during Alpha.  Launch happened and all hell broke loose.  I seriously never witnessed this level of flawed execution in a AAA title. It destroyed all credibility I had extended to Trion.

As like most this has potential. Some of my wants are in this update. I will try it again to see is it worthy of a sub.

And for those who keep complaining that sub have an advantage over F2P.  You are playing for free.  Stop expecting the same thing as someone who has decided to pay money.  You are not forced to play this game.

So now February is “before the great hemhorraging of players started”.  What’s so special about February?
That would be news to GoldenGirl and others on this site who’ve been posting since New Year’s that it’s “down to Wildstar levels”.
Not sure what you think you’ve “proven”. There’s no need to “report” your post when it’s easier to just debunk it.

Pretty much what I did. Went on vacation to Japan, couldn’t log in to pay land taxes while there, came back to no land and unsubscribed, uninstalled. AA’ss shitty housing system did me a favor.

This is the best overview I’ve read so far on the state of the game, even considering the talented and hardworking writers here at MOP, very well said!

I would too. Their original skin and poses looked so feral and svelt, not b the weird doll-faces they are now.

Dandurin Robert80 Sythalin Sorenthaz  Well, that is nice.  I still have no interest in buying something to support a mess of a monetization scheme like this, not to mention the massive lootbox RNG (which makes me want to uninstall a game faster than anything else involved.)
Nice for those that would like to play, though!  Thanks for the info.

Dandurin Sythalin Walah  RAPTR has huge issues tracking many of the MMOs that appear above this on that hype list.  Same with Xfire (surprise, they use a lot of the same code having a lot of the same development behind them!)
Still, I agree that they are fairly worthless in tracking MMOS due to the huge amount of other games (and they are more popular with shooter/MOBA crowds than MMO players anyway!)
As for the MMORPG hype/rating, you are not understanding it properly.  It is a measure of hype prior to release, but a rating after.  In other words, the community places it at a low rating.  This, of course, does not prove anything either… just like the OP to this little thread failed to… but at least it is a linked statistic, of which the OP of this little portion failed to provide any as evidence.
Even as poor as some of this data is, we can still infer that AA is likely not #4 in terms of players for MMOs in the west (probably world) at this time.  As noted above, popularity is, however, a bad measure of a game.  If popularity were the measure, we should all be playing shooters and MOBAs, followed by RTS, as they do have the highest buy/play rate around.  AA is a mess any way you look at it, and while it may be fun for many who still play… it is by no means the fourth best MMO released to date, nor even in the current list, when you consider the bugs, hacks, monetization flops, and other issues that plague it.

When i played the Alpha i was shocked how good this mmo was.

Then release came and within 3 months it was dupe / exploits / incompetence and greed that made our whole 260 member guild walk away from this trainwreck.

If only it would have been a subscription mmo only :( but then again they woulnt have sucked in whales who spend 8k a month to become arena gods and rape 20 people in world pvp solo.

This mmo have realy shown the world what you can accompish with a big wallet compared to a free to play player or a normal guy paying for a subscription.