END_OF_DOCUMENT_TOKEN_TO_BE_REPLACED
The long wait is almost over. Heavensward early access starts up on June 19th, and it comes with a lot of changes. Starting with, you know, all those new areas and stories and quests and abilities and…

Sorry, got a bit overwhelmed there. The point is that it’ll be here, and I won’t be the only one overwhelmed; there is a lot of stuff going on. While you may not be able to jump on and start playing the early access from the moment it becomes available on the 19th, you will at least be in the final stretch during your workday. And if you’re some kind of jerk who works at home, so much the better.

How do you avoid being overwhelmed? That’s what I’m here to help you with. There’s a whole lot going on to prepare for, and I am here to do my best to help you through this intensely exciting time, starting with the advice that no one wants to hear but is completely vital.

Do not base all your plans around it

I’m not going to lie: My wife and I fully intend to be up as the server come back up, logging in and getting started. But I also have been picking up some games on the most recent Steam sale, preparing lots of projects I can work on, and generally planning ahead as if Friday isn’t going to happen at all.

The reason for this is simple: I have played expansion launches before, and I know how this goes.

We don’t know for a fact that this launch is going to be as unstable as the initial 2.0 launch. For my money, I imagine that it’ll be easier to log in and get going; all of the improvements that were made to the game back during the original launch are still in place. But at the same time, it’s a new launch, it’s a new expansion, and there’s not just the chance but the likelihood that there will be unexpected maintenance, downtime, queues, and so forth.

Early access means, chiefly, that we are being used to make sure everything is working now rather than leaving the team scrambling to fix things on the “official” launch day. This is a bit disheartening, yes, but it’s also a good thing; more stability is always good. So don’t structure your entire weekend around a smooth and uninterrupted play experience; you know it’s going to happen, you know there will be issues, and the best thing you can do is just plan ahead of time and be ready when things get messy.

Have a plan and a backup

Having a plan is important because it makes you that much less likely to feel overwhelmed or confused. In a new expansion, that’s a very real risk. On the other hand, when technical issues crop up, it’s equally important to have a backup plan in case you can’t make it through one bug or another. You don’t want to be completely blindsided when one thing goes wrong, do you?

It also makes it very easy to know what’s more important to you, hopefully diminishing any sense of guilt or apprehension about not being on the bleeding edge of one thing or another. You will not be able to be one of the first max-level Dark Knights while also hitting level 60 ahead of others while also taking part in the new crafting specializations, etc. Accept this.

I fully understand and respect the drive to get server firsts, I really do. But there are so many things to explore in the expansion that it comes down as much to luck as anything. You do not need to rush to the top or to the dungeons or even to the endgame. You have a long time before you can even unlock a goodly portion of endgame rewards. Relax, take things as they come, and enjoy the opportunity to explore and find out what’s in the world.

Note, for the record, that there’s a big difference between “don’t rush” and “move slowly.” There’s all the reason in the world to go through lots of stuff in short order if you find that fun. The point is just that you don’t need to rush yourself and blast through content now now now. You can breathe a little. Don’t be afraid to wipe once or twice on dungeon bosses, don’t be scared to ask for help, and by all means take the time to just admire your surroundings as your flying mounts take to the sky for the first time. 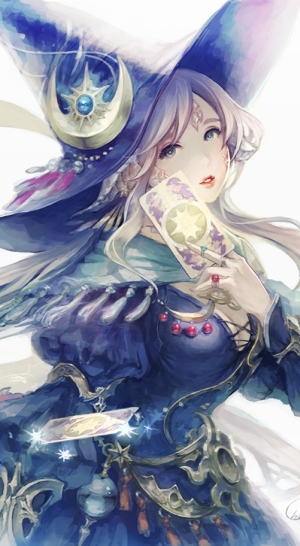 Be mindful of others

If you will be playing right from the start as I will be, odds are good that you’ll be seeing things others haven’t yet in terms of mechanics and story. Some people will want to know this ahead of time; some will not. Your duty, then, is to respect the people who don’t want to know this stuff as far as it is reasonable.

If you’re in a random party and someone claims he knows about a given fight, yes, you should listen. If you’re in a pre-made party, decide for yourself whether you want to look up information or want to just figure it out on your own. In all circumstances, refrain from dropping lots of story spoilers in spaces where other people can see them.

This isn’t just because of the story; it’s because there’s rarely such a huge influx of new stuff in the game. Even with the game’s legendarily meaty patches, this is a lot at once. So be kind, be mindful, and do not force other players to jump ahead from where they already are. That’s just common courtesy to your fellow players.

Enjoy that feeling. One of my personal joys is in figuring things out, in understanding how complex systems play off of one another, and the launch of an expansion is one of the few times that you can do that without any interference. Enjoy not knowing what the hell is going on for a while.

Feedback is welcome down below or via mail to eliot@massivelyop.com, as in all prior weeks and really every week. I will obviously be playing as much as I can over the weekend, so look forward to every bit of information I can wring out of the Early Access period and more yammering on as the expansion actually officially launches for people who didn’t pre-order.