END_OF_DOCUMENT_TOKEN_TO_BE_REPLACED
As I’m writing this, it’s been several hours since Jeff Hickman, the general manager for Star Wars: The Old Republic, stepped on the stage at E3, yet my head is still spinning from all the information that BioWare dropped about its MMORPG. Perhaps it’s the games journalist in me, but I have far more questions than opinions about what we all saw today. I am both intrigued and a little scared, and I’m also extremely disappointed that SWTOR didn’t get more time on that stage if for no other reason than to explain what the hell we just watched.

I’m a person who likes to keep his sanity, so the first thing we need to do is separate the fact from the fiction. It’s also good to know what we do know and what we don’t know. Only after I’ve gathered all the information can I even begin to form a respectable opinion. So let’s do that. What do we know as truth, what has been speculated but not truth, and what does Knights of the Fallen Empire mean for the game itself? 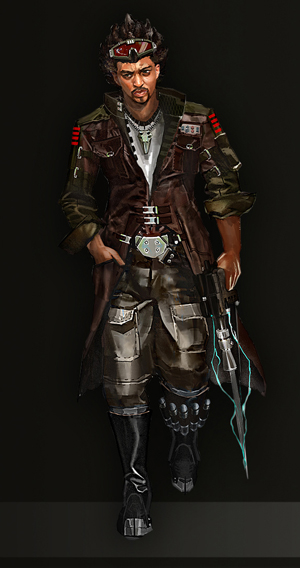 I’ll mix in some story elements when I talk about this, but to be honest, there are so many holes in the story right now that it would be difficult to even piece together anything nearing a storyline. But that’s not going to stop me from trying!

Our character — no matter the faction, no matter the class — will be placed in carbonite sometime during the level 60 storyline, according producer Bruce Maclean. Our character will wake up several years later, and for some reason he or she is the only hope for the galaxy.

After everything is conquered, the twins present their trophies to their father, who turns his back on them both. As we saw in the trailer, this eventually leads to the brothers fighting each other and Arcann killing his brother in a Cain-and-Abel story. However, instead of the father casting out the Cain-like character, Valkorion finally accepts Arcann as his son.

According to Maclean, the player’s story starts right after the trailer.

We know that the player starts out, once again, with a nearly blank slate. Of course, everything that happened prior — everything in vanilla SWTOR — still happened, but since ours characters have not been around for many years, all our companions and everyone we knew before have more or less scattered to the four corners of the galaxy. In fact, part of the storyline will involve reacquiring some of those companions. However, we also know that there will also be completely new companions for our character, including the smuggler from the Returned trailer, Nico Okarr. He is our reward as for subscribing to the game by July 31st.

Additionally, we know that the level cap will increase to 65, and we will gain new abilities. Players will also be able to make new characters that are already level 60. Some have speculated that this means players can make only one level 60, but the phrasing that Maclean used suggested that any new character you make will have the option of being promoted to level 60.

After waking up from years of sleep, your character becomes known as the Outlander, but we don’t know what that means for class stories. There appears to be a lot of PR-speak around this subject. If everyone is known as the Outlander, we are left to assume there is one story with a lot of branching dialogue. This would fall in line with what BioWare has suggested in the past: that there would be no more class stories at the level we’ve seen up to now.

However, the KOTFE (I’m totally calling it cot-fee or coffee from now on) page says that we can “play one of eight class stories enhanced to offer a deeper, more accessible experience.” Does that mean that our former class story will actually make a difference in the upcoming story? I’m speculating that it will, but only in a minor sense. I doubt it will even be big enough to be called a sub plot. 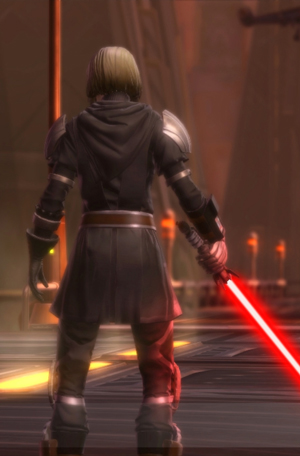 There are so many things still unknown about the implications of changing the story this drastically. For some reason, the first mechanic that came to my mind is Crew Skills. It’s years later and your companions have scattered. Of course, you will eventually get some of them back, but that will clearly take time. What happens to your Crew Skills while you’re leveling up? Do you start over again with no way to access them? Or will you retain the companions and reputation you had with them in a kind of separate bubble from the vanilla game?

And what about mechanical things that you earn during the vanilla game that you won’t have after the expansion, like your ship? You just woke up from who knows how long. Unless your ship was put into some kind of cold storage just as you were, then that will be gone, too. Or does it exist somehow in the same outside-of-time bubble as crew skills?

My last major concern is the payment model and release cadence. Although I personally love the fact that subscribers get the expansion and its chapters for free, what does this mean for players who don’t stay subbed? I’m subscribed, so I will have everything there is to have. Understandably, not everyone is as dedicated to the game as I am. If those players let their subscriptions lapse, will they still have access to the content they played previously, or do they get cut off?

Furthermore, BioWare promised the first nine chapters at launch and then one chapter a month in 2016. First, how big is a chapter? And second, it is the exceptionally rare MMO studio that can keep up with a once-a-month content update, so why does BioWare think it can?

Just as it was supposed to, the teaser from E3 left more questions than answers, and who knows how many of those BioWare will be willing to answer this week. Massively Overpowered has reporters in the field at E3 gathering as much information as they can. Hopefully we’ll get some solid answers. In the meantime, I will be scouring the internet for all the information I can find.