The MMO genre has immense sticking power in terms of tenure, staying relevant to players for decades despite such fluid and rapid development in the larger gaming industry and particularly in relation to online gaming. With such an extensive back catalogue of games in the genre, it’s not surprising to see so many recycled mechanics being employed in new releases due to the significant financial risks associated with MMO development. The latest batch of promising indie developments, however, has me sitting on the edge of my seat in anticipation — moderated with a heavy dose of trepidation, of course — for what new, reimagined, or creatively employed mechanics we’ll see in the MMOs of tomorrow.

In this edition of MMO Mechanics, I’ll break down the mechanics under the work-in-progress bonnets of some of the indie and fledgling offerings that have captured my attention for all the right reasons. I’ll look at what each game proposes to do differently and why that makes me excited for its release. 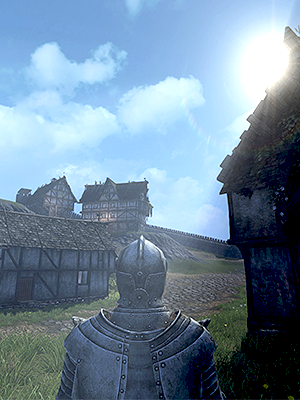 1. Life is Feudal and realism

This is one that may well have slipped under your radar, but I hope it’ll find a safe spot on your watchlist after you’ve read on! Life is Feudal is a uniquely crafted hardcore sandbox MMORPG set in a realistic medieval world that should see beta release in its MMO form in early 2016. Presently, players are exploring the alpha version, Life is Feudal: Your Own, which is in a more primitive RPG format, and playtesting has gained the team at Bitbox a solid following. Massively Overpowered freelancer Andrew Ross wrote a great introduction to CEO Vladimir Piskunov at E32015 in which he dissected the mechanics of Piskunov’s vision.

LIF is a threefold attack on my mechanical sensibilities, offering up terraforming and decay mechanics, an alignment system, and realistic survival mechanics to the game’s dedicated niche market. I’ll grant you that each mechanic has been seen before in some form in another MMO, at least in isolation, but their combined implementation in a rich, realistic world really sets LIF apart as a standout entry to the genre. The quality of the food you eat matters as much as how frequently you dine, grave misdeeds have a long-lasting effect on your character stats, and the fully 3-D tunnels players create decay over time if they are not properly maintained. All of these mechanics will lend LIF a persistence that will almost definitely enhance the genre, and it’s thrilling to see such a breath of fresh air come from an indie studio. 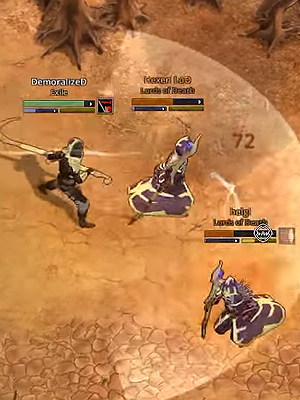 This PvP dark fantasy sandbox by Fairytale Distillery has attracted no more attention than the previous title, and Das Tal unfortunately failed to succeed on Kickstarter recently. I’m still cautiously optimistic about where it’s headed, though, and it’s MOBA-with-a-twist mechanics most definitely deserve a mention here. Das Tal is an open-world battle arena that seeks to end pay-to-win, grindy PvP gameplay with its entry to the MMO market. It promises to carefully balance both risk and reward in order to simultaneously satiate challenge-starved MMO PvP fans and capture the MOBA audience.

Time-boxing and meaningful, skill-based combat have the potential to pair beautifully, making Das Tal‘s PvP appeal to me more than it should as an almost exclusively PvE-focused player. I find that most MMOs and virtually every MOBA lacks a certain sense of consequence for my performance in PvP and my general actions in-game, which puts me off this type of gameplay. With time-boxing, which is the system through which Das Tal servers run for a set duration, players will experience a geographically fresh world with a new ruleset rather regularly, meaning that everyone starts off on a clean slate again. This should help to reduce the endgame grind as it is subject to a strict time cap, and worlds catered to the specific whims of its playerbase are apparently possible, which I’m highly anticipating. 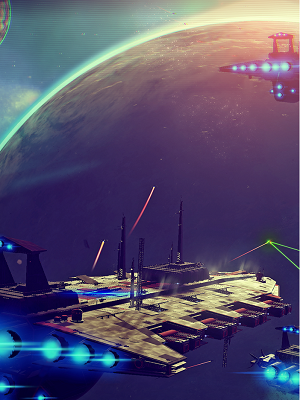 3. No Man’s Sky and open exploration

This stunningly presented galactic exploration game is sure to ring a bell after yet another strong E32015 presence and plenty of hype beyond that. It’s questionable whether this will become a true MMO or more of a smaller scale experience, and it’ll likely initially ship without its multiplayer features, but I’ll cheat just this once for the sake of discussing great mechanics. The procedurally generated galaxy is described as infinite in the No Man’s Sky marketing, and it definitely depicts an infinity I could stare at indefinitely. The project is doubtlessly an immense undertaking for the tiny UK-based team, but if the jaw-dropping teasers we’ve seen so far are any indication of progress, we’re in for a real treat with this one.

I adore space and believe that the play-extending properties of procedural generation can make for fantastic MMO mechanics, so No Man’s Sky just had to make my list. The great minds behind this future gem of a game describe the virtual universe they have carved as “truly open,” explaining that anything that can be seen can be explored. Flight shall be a seamless visual delight, and No Man’s Sky touts unique cataloguing mechanics that aim to make travel meaningful. I particularly like that ownership over even the most amazing galactic discoveries lies with the discoverer: It’s up to you whether or not to share your discoveries with other players, giving you the potential to indelibly mark their worlds. Plenty has been promised and relatively little has been seen, but I’m willing to hold my breath until I find out more, hoping that I don’t need to blow this one down. 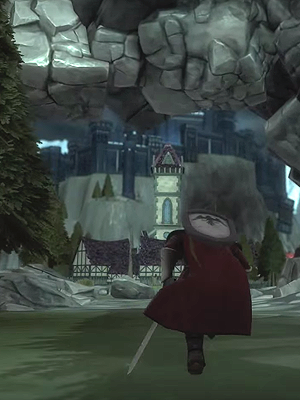 4. Crowfall and a loose definition of persistency

The well-qualified and widely experienced team behind Crowfall has managed to raise over $2 million for the game’s development, initially succeeding on Kickstarter before moving pledges across to its own website. With more than 20,000 backers behind the project, this title is almost certainly one to keep on your radar. ArtCraft is as ambitious as it is talented, so expect to hear great things as development progresses.

Player characters are crows, determined champions who travel from world to world to fight an endless War of the Gods. As I described above with Das Tal‘s time-boxing, the strict time limit on each campaign world allows for a clean slate for each player, with the added challenge of vying for a win condition that can prematurely end the campaign. Another mechanic is meshed on top of the campaign world system, called the Hunger, that creates a more deadly and sinister world as the seasons roll on and the time limit pushes forward. The Hunger refers to an insatiable, unstoppable horde of undead, and deadly threats such as the Hunger threaten the players from their first moments in a new campaign world.

Fog of war adds to the sense of unknown that hits players in every new campaign, obscuring the threats and spoils contained there. What makes Crowfall unique is the eternal kingdoms, permanent worlds that are player-owned and managed. Monarch players will rule there, and I can’t wait to see how the fealty mechanics feel when the game is finished. Add in passive skilltraining and we should have an interesting package that feels more horizontal in terms of progression than any MMO on the market currently.

My list is small and I have a rough workpad filled with other very strong indie entries to the genre (honourable mentions go to Camelot Unchained and Shards Online), so I know that you’ll have some more suggestions for my watchlist. Where do you see MMO development heading? Will it be a triple-A smash hit that grabs your attention in future, or are you excited for the indie offerings I’ve mentioned? As ever, I love it when you let me know your thoughts in the comments. Seriously, reading and responding takes up a good chunk of my Sunday, and it’s a boring auld day anyway!