It’s been a little while since Guild Wars 2 revealed another of the elite specializations coming to the game with Heart of Thorns, and players with as-yet unrevealed elite specializations are getting understandably anxious. The good news on that front is that Engineer players have a bit more to speculate about now. Datamining has uncovered several new drone designs for the Engineer, which raises all sorts of interesting questions about what the elite specialization will be able to do with those drones.

The models have several separate pieces and there are a number of different icons, sparking plenty of speculation about whether drones will be closer to full-on pets or something else altogether. Players won’t find any hard answers in the datamining thread on Reddit, but at least there’s reason to start debating and speculating, which might be just the thing for you.

The images are embedded below. 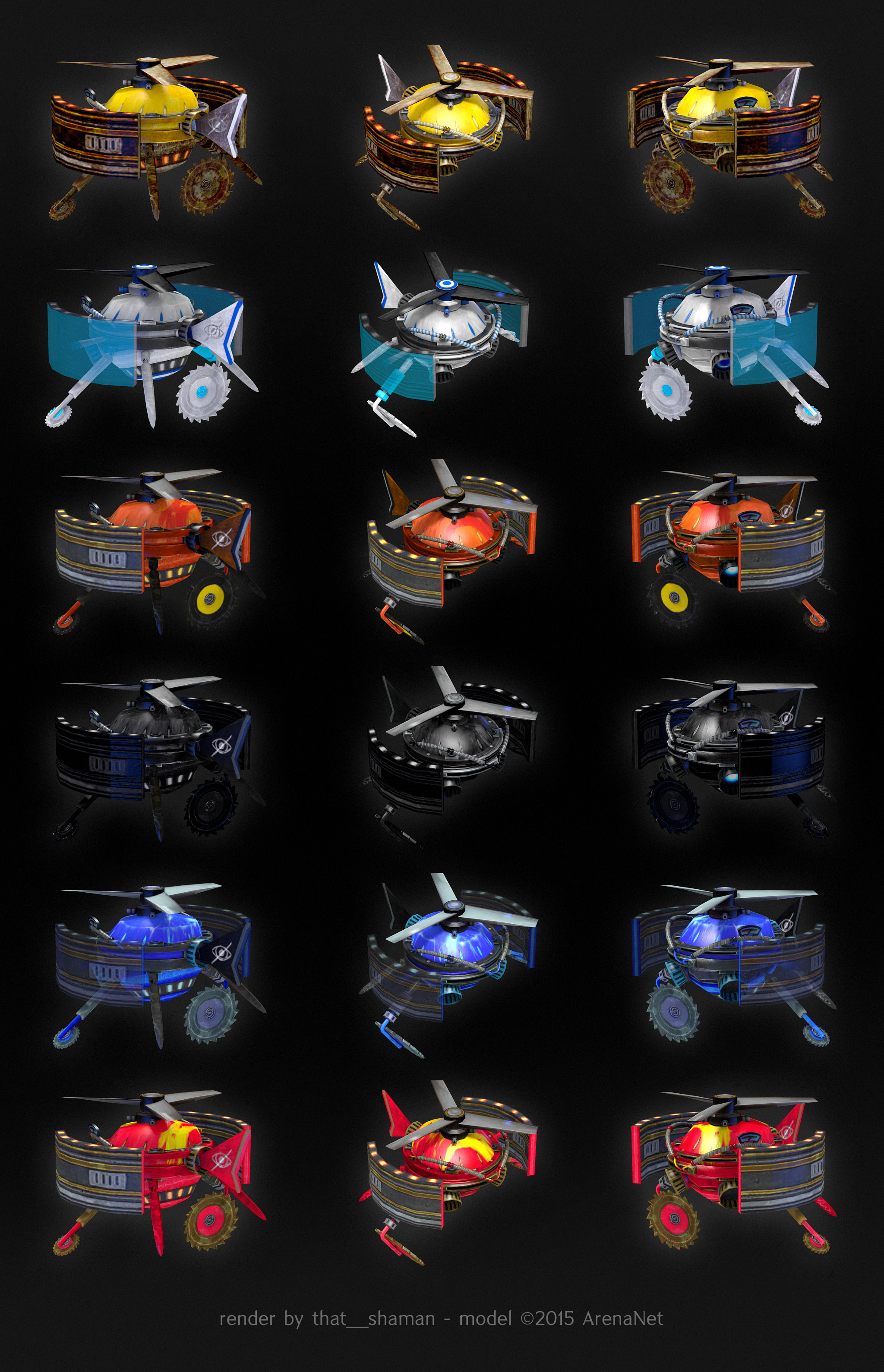 I don’t know why, but those rones remind me a little of the Breachmaker. Perhaps the ENgineers will use Scarlet’s technology ? It would be cool.

Which is exactly what this website is about, right?

“Just watch the video and you’ll get all the answers!”

You’re getting YOUR answers from a 6-minute skit on Comedy Central, and you expect me to take you seriously? Like…that’s where your “education” you boldly claim to have is coming from…Comedy Central.

You win, I can’t compete with that level of “education” apparently.

Siphaed they will probably function as signets, just really cool looking signets. Passive effect has drones hovering around you, once you activate it depending on the drone it does an action.

Apparently it’s exactly that, a polarizing matter. As you sit there and link bullshit about a flag (of all things) on an website devoted to covering MMO gaming. Like you have nothing better to do with your time except to plow, protest and derail topics over some horseshit opinions about something nowhere even related to the topic at hand.

Which is why, rather than argue with some neckbeard on the internet over politics, I simply changed my avatar. Now you can sleep at night, knowing you won an argument over the internet using a linked video of some asshole with a teleprompter.

Drones and a hammer, Gonna be a fun time.

Apparently, my avatar seems to offend some people. but rather then tell me directly, they’d rather be gutless cowards and link videos of some uneducated fuckface.

So I’ll be more than happy to chage it, as moderators and other commenters don’t care about political beliefs here. And neither do I.

I’ve seen “placeholders” that this _shaman guy has dug out. Apparently Warriors are getting “Berserkers”, and according to a dug-up picture, there’s a Thief wielding a Staff, which would lead me to believe it’s a “Monk” type.

spacecampclan Answer the question, instead of wrongly hyhypothesizing me. I play GW2 almost daily….I am not here to defend it. I am genuinely concerned about hacks and exploits. Again I ask what hacks and exploits are you specifically talking about?

Craywulf spacecampclan If you don’t know, you either don’t care or you haven’t played GW2. Not that I blame you. Most people only see what they want to see, especially when it comes to their favorite games.

Destiny 2 brings back Future War Cult weapons, dates the next...