Skyforge is becoming a hot property for bored summer gamers looking for something new to explore. Reader Tyler reports in from the recent closed beta, saying that the game is “incredibly gorgeous” to behold.

“I’ve mainly been playing the Alchemist, which is very fun and unusual,” he sent in. “Basically a lot of using the mobs as guinea pigs in various chemical experiments that usually end with things exploding and/or melting. I can’t stop singing ‘She blinded me with science!’ the whole time I’m playing it.”

I’m all for irresponsible science in video games and any dinosaur-related sectors of the private industry. Speaking of which, we’ve got Cretaceous visitors, demon girls, and more for you in this week’s round-up of player-submitted screenshots! 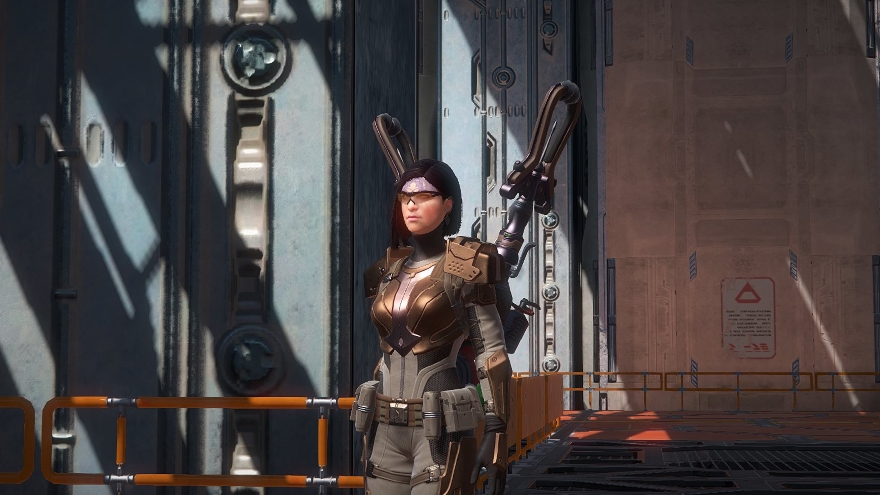 Reader Ekphrasis sets up this next chilling tableau: “One of my absolute favourite missions in The Secret World comes from one of the main story quests courtesy of Imbeda. He’s a demon who not so subtly suggests getting naked and taking a dip in his bathhouse. He even offers to scrub your back, which is pretty tempting! What? Have you seen how much Filth there is in Tokyo? We need all the help we can get to be rid of it!

“Anyway, on to one of my favourite missions — finding Imbeda’s missing mercenary squad in the carpark. It’s dark, spooky and creates that feeling of apprehension when you just know something is going to happen, soon. Like a very good thriller movie but with you as the star. Why is it spooky? Creepy little demon girls! Getting away from these touch of death monsters can be quite the undertaking if you watch where you’re going!” 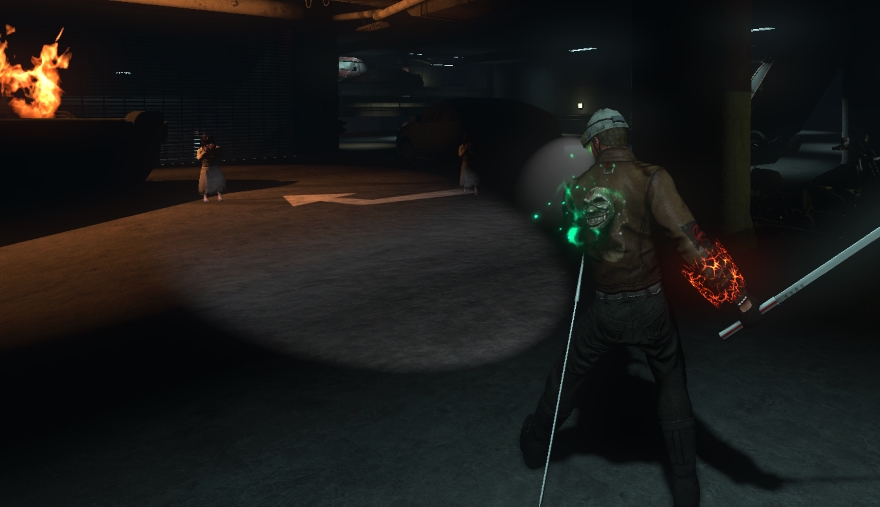 I’ll admit that I’m really horrible in getting my characters to emote before taking their pictures. I have way too many stock-standing-still poses as a result. So kudos to Enikuo for getting this high-energy WildStar pic!

“We decided to use the the mentoring feature to help my sister quest in the starting area,” Enikuo wrote. “But we ended up dancing instead.”

Nothing wrong with that at all. 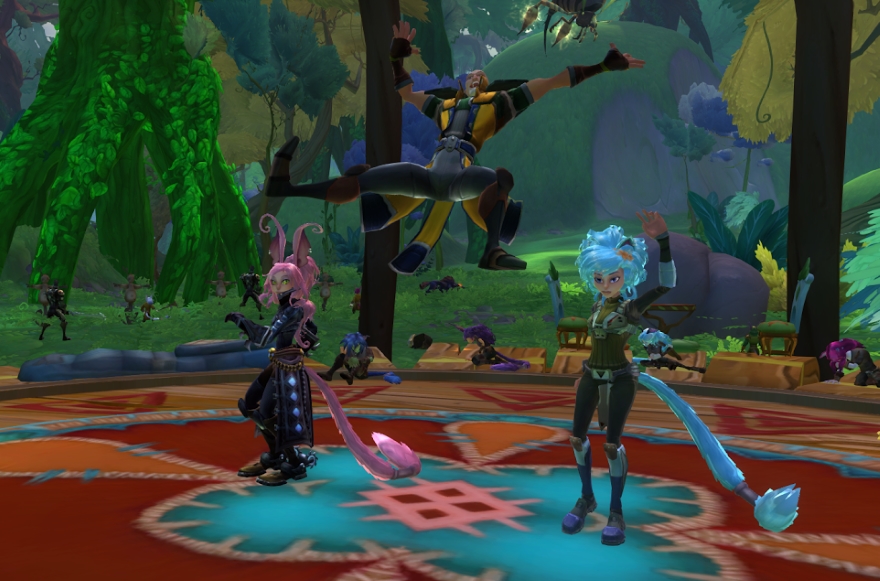 END_OF_DOCUMENT_TOKEN_TO_BE_REPLACED
“I started a new character on Final Fantasy XIV’s Hyperion server to play with some friends from work,” reader Duane submitted. “This lass is kind of a first for me. I have always either played a character based off of me, a bestial character (or as close as I can get), or a female character based on one of my sisters. It got me thinking: Would I be able to relate to a human character of a different ethnicity than me? Well, I don’t know about relating to her, but I think I’m in love!” 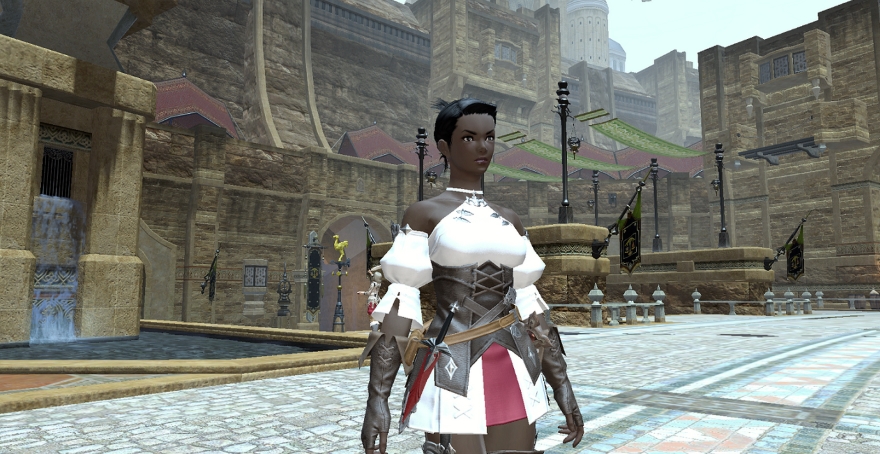 It seems that just about everyone is playing the dino-tastic ARK: Survival Evolved lately except for me. I need to pony up and get a copy, I guess, because my life isn’t complete until I get to make dinosaurs poop on command.

Anyway, the winner of this column’s It Came from the Comments Section! is SkipE’s hilarious screen capture of an intrusive T. Rex. “Here’s Johnny! This was right before it ate me Jurassic Park-style,” SkipE said. 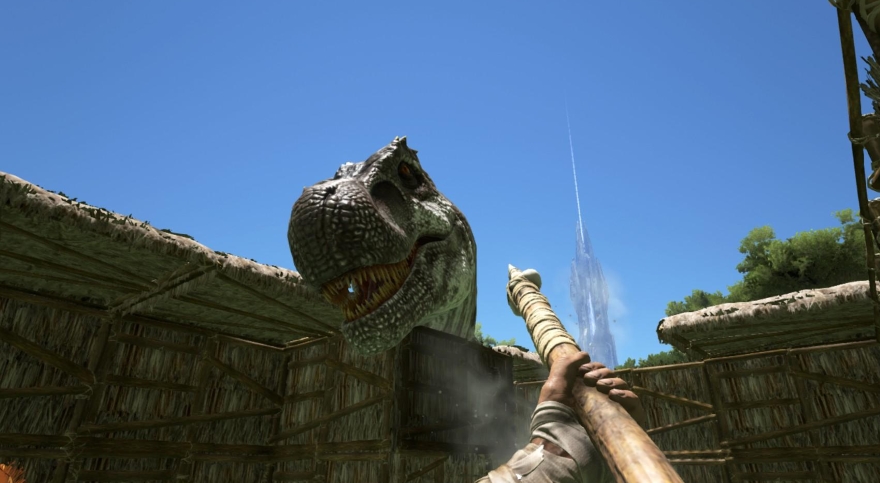 For this week’s screenshot challenge, I want to urge you all to have fun with your game’s different emotes — and send in the weirdest, funniest, and most expressive of them all!

ManastuUtakata SirMysk BrotherMaynard BalsBigBrother Glad to hear you’ve made it! And yes, Tera’s enchantment rng is really bad, although the levels up to +9 are a lot better than the chances of masterworking and getting your items to +12 (let alone from +12 to +15 with awakening – from what I hear that rng is stuff of nightmares, with extra penalties added!).

One thing to keep an eye out for once you’re max level – in case you’re in a guild and a part of an alliance – is the gold enchanter, which doubles the enchantment success chance. For lower levels it does not matter too much, as both alkahest and feedstock are abundant and cheap, but for max level gear of high quality, you will want to save your mats and use them only when the gold enchanter is activated by your alliance exarch – it will save you heaps of gold.

I so need to see if I can get a bunch of friends together for disco ESO.  *Using the point emotes and various screenshots to make a quick scrolling slideshow that looks roughly like disco point up/down dancing.*

ManastuUtakata SirMysk BrotherMaynard BalsBigBrother Glad it worked out for you. It does have a lot of RNG, but I could give you nightmares with tales of how the system was in the beginning. XD Rare enchanting ingredients, tends of thousands of gold (at least), a much worse RNG chance, etc. When I recently came back to the game I’ve had to re-learn a lot of it myself.

ManastuUtakata BrotherMaynard SirMysk BalsBigBrother You get tons of feedstock ? i have +9 everything on all my chars. just dismantle stuff, especially those shards that drops all the time (is literally the only function they have as far as i know)

SirMysk ManastuUtakata BrotherMaynard BalsBigBrother
You’ll be happy to know, one of my characters got her weapon to glow blue tonight. So you advice here and ingame was greatly appreciated. My only slight quibble is that you could of mentioned that enchanting 5 and 9 is of WildStar RNG proportions. (Maybe you did mention it, and I just didn’t pick up on it. :( ) But either way, I eventually got it work! Thank you again! /bows

SirMysk ManastuUtakata BrotherMaynard BalsBigBrother Weapon shards have different names depending on their tier. Any weapon or piece of armour (except jewellery) and regardless of their quality can be dismantled into feedstock. Use the dust icon at the bottom of the inventory panel to do that. You can then upgrade feedstock to the next level (it depends on the tier of the item you’re enchanting, e.g. you need tier 3 feedstock for tier 3 weapons) by shift-right clicking it, the conversion rate is 6:1.

Durenas Not sure how recently you watched that, but it has been toned down significantly. There is a bit of jiggle when you first hail a female NPC as her boobs… settle? I dunno, it’s pretty funny though. The rest of the time it’s not that glaringly obvious.

Heh. I was watching someone play Skyforge and I kept getting distracted by the jiggle physics(also known as Gainax motion). It’s pretty funny how the twin orbs can move independantly every time the NPC moves.

ManastuUtakata BrotherMaynard BalsBigBrother I can’t edit my post now. It’s called the Isren Weapon Shard and it dismantles into 24 feedstock.

ManastuUtakata BrotherMaynard SirMysk BalsBigBrother There’s an item dropped, some kind of “broken weapon” that can be broken down into feedstock. Again this is off the top of my head, but the description says something about it being part of a goddess’ weapon but now it’s only good for crafting.

My main is an Elin mage on CH but I made a new gunner. Here’s a quick / cropped shot of ’em both. The elin was wearing a temp 2 week dress when I snapped this.

The Stream Team: Bring on the Borg Insurgence in Star Trek...

Neverwinter’s Feast of Lanterns brings you all the rats you could...