END_OF_DOCUMENT_TOKEN_TO_BE_REPLACED
As of this writing, I haven’t yet cleared Alexander. I’ve had other things to do, and while it might mean I’m ultimately one week behind the progress for its weekly resets, I’m not stressed about that. I’m just about capped with law gear, and it’s going to be a long while before the difference between item levels becomes significant enough for commentary. And, from what I’ve seen, the fights will benefit slightly from a little more time for people to figure out how they work and run them correctly.

The introduction of Alexander does mean, however, that we’re past the point in Final Fantasy XIV‘s expansion cycle when we had no weekly resets to contend with… sort of. Really, those have been in place since launch, to an extent. It also raises questions about what role Esoterics will ultimately play, and it’s as good a place as any to start talking about the game’s endgame structure now, what it looked like at the end of 2.x, and where we may go from here. 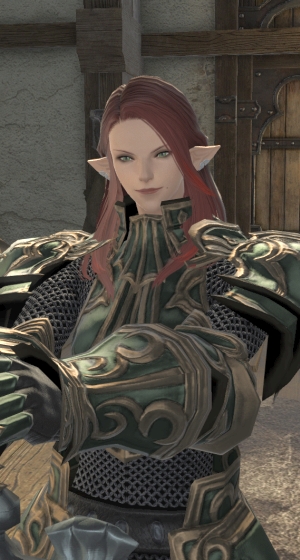 Weekly content has been part of Final Fantasy XIV since the relaunch, and to be fair, it usually works pretty well. From a design standpoint, the benefit is obvious: You have a reason to come back on a regular basis and explore more. Mechanically, it’s also well-handled on a whole. You have some weekly and some daily tasks, and if you’re creative, you can “bank” that content a little bit. It’s all a way to give you tasks to do, but it also prevents you from jumping ahead too quickly.

Having no weekly lockouts in place at the expansion launch was a good strategy, giving players time to explore and enjoy things without creating the feeling that you’re horrendously behind.But it didn’t work entirely because you do probably feel that you’re behind if you’re just now hitting 60. I’m up to 175 on my main job, and while that’s not an insurmountable climb for someone else who is just rolling up to 60, it does mean that the power gap exists, just not in as severe a fashion.

Part of the problem is the fact that Yoshida specifically wanted to have a wider gap for item levels, which – honestly – makes perfect sense. Creating a wider gap means that there’s both more space for differentiated items and more opportunities to make it easier to fill in gaps hither and yon. The down side is that the difference between a fresh player at endgame and one already there is more significant, and the gaps to be made up are more difficult.

Having no weekly reset has meant that you aren’t missing out on many timed things, but I shudder for the poor tank going in at just-acceptable item levels against DPS that’s pushing 180.

The lack of a weekly reset has also meant that players who want to can really crank and be far beyond what was expected. I have not been working with particular vigor on getting max item level as fast as possible; compared to some players I’ve seen, I’m downright sluggish, mostly just picking up my daily bonuses and doing my daily/weekly hunts. And I’m still just about finished up with those, which gives me plenty of reason to start working on the new EX Primals and such.

I think this was, ultimately, a good call for the designers to make. But I don’t think it so much fixed the issue of people rushing on ahead as changed the ceiling and the gap that was possible, and it means that people still running a wee bit behind the developers’ schedule are going to face a bit of a climb.

How much of a climb remains to be seen. It’ll be a few weeks before anyone has a full Alexander set, and that means that we don’t actually know what Esoterics will look like in terms of item levels, weekly caps, and potential upgrades. Sure, you might say that Esoterics items won’t have any upgrades, but that was the case with the original non-weekly currency as well, and having an upgrade item for Esoterics gear would also fit with having a 24-person raid in patch 3.1, something Yoshida has been somewhat mum about but has strongly hinted at. It would also mirror the structure of the previous patches, giving Alexander (Savage) an edge in item levels until 3.1’s release.

But of course, there’s Alexander (Normal) to consider. And that’s where it gets interesting.

The stated purpose of Alexander (Normal) is to allow players to see the story and get gear that looks the same but cannot be dyed. Understandable and solid. But it is also challenging content; it’s about on par with the Crystal Tower series in terms of design, but with a third of the population, there’s much less margin for error and recovery. That has to be taken into account whilst dealing with the upgrade path. Will Alexander’s gear be a step below Esoterics, or on par?

If Esoterics gives us level 190 gear, Alexander remains equally relevant, but it also means that the gear may need to be more easily acquired than some of the older top-end tomestone gear. It would also likely mean that Savage will drop an upgrade item for tomestone gear that will later be available elsewhere, as often happens. That makes Esoterics gear more appealing in the long run, since it can be upgraded, but it makes it more of a gap-filler until then.

By contrast, if Esoterics is 200, Alexander is basically just a stopping point along the way, there for vanity and off-jobs rather than your main upgrade path. It also might mean no upgrade item, which would be… odd, given the state of the game’s endgame layout. You’d have no real incentive to run New Crystal Tower (that will not be its name) unless you were, again, gearing up an alternate job along the way.

We’ll know for certain next week, ultimately, but just having Alexander around this week means that the pattern is taking shape. We’re starting to see what the endgame layout is going to look like. And the core of it appeals to me thus far. There’s a much wider array of tokens available, far more emphasis on successfully running things reliably than simply getting lucky on a single drop and roll. There’s that same feel that you have multiple paths to the same endpoint, and I’m hoping that this focus on giving us options and letting us decide which options appeal to us the most persists through the rest of the expansion.

Also, if we also get Esoterics weapons like we got our Law weapons, I’ll be even happier. Purchasing new weapons through straightforward means rather than hoping for luck once again makes me so happy, you don’t even know.

Feedback, as always, is welcome in the comments down below or via mail to eliot@massivelyop.com. Next time, I’d like to talk a little bit about Machinist issues (and Bard issues, to a lesser extent) now that I’ve had enough time to really advance that job and understand both what the designers were trying to do and what they actually accomplished.

And they usually happen near big patches and/or events. They haven’t run one yet for Heavensward probably because the congestion would be too much, but the summer seasonal event is coming soon.

Khalith cursedseishi Drewbob
Ahh, good to know then! While I knew they had toned the difficulty down some, I’m still not at the point where I can do it… And everyone I know who has been doing the raid has been pre-formed only, so glad to see I was wrong on that point.

Call me a fanatic but I had to lay out what I thought was going to happen for 3.1 and gear progression:

Law is your beginner level 60 gear at ILVL 170 with an upgrade to 180 with Hunts and items.

From there, you currently have just one progression path: Alex normal and Revana Extreme for your weapon.

However in another week Alexander Savage and AF2 (Estorics) will be introduced. This will open up other paths. I deem that whole tier to be the ILVL 190 path: AF2, Alex Normal, and Revana’s weapon is 190. Then you use this gear to get into Alex Savage mode, which will most likely have ILVL 200 with a 205 weapon at the end.

I went on to 3.1 because I wanted to see what kind of outlook it would be and I think the 24 man raiding will stick with ILVL 190 as being it’s gear with the opportunity to upgrade said gear, a la CT to 200. This will also open up the ability to get a weapon there at 190 and 200, so people don’t need to do Revana if they don’t want to. 3.1 also opens up our AF Relic which will begin the trek for solo players if they don’t want to do anything with groups which will also be ILVL 190 to begin with and build up. (Most likely by the time you can upgrade your 3.1 gear in the 24 man raid, you will get a boost to your weapon to 200.)

Now, this does not account for when they add Alex Floors 5-8 and 9-12 (Assumption that there are four floors per level) in the patches, as well as second and third parts of the 24 man raids which will bump up the ILVL. But with that, they will add tome gear that will replace your AF2 gear so you will always have three ways to gear, but the Savage Mode is actually better gear.

Of course, this is just me pulling info out of my rear and using the blueprint of what they did in 2.0. I’m also not accounting for any other Primal fights they add in that would have ilvls depending on where they are inserted with different items.

Just food for thought from another perspective!

cursedseishi Drewbob Alexander can be done in the random group finder and is not premade only, your level of success however, will vary.

BryanCole devin007 Uh, pretty sure the OP wants it to be slower. Not the other way around.

I wouldn’t say Paladin’s rotation is “lax” but it is fairly easy.

Paladin! But you’ll be pretty bored.

devin007 It’s all like that.  The combat is slow sadly, I too wish it was a bit faster and twitchy, but it’s not.

I’m playing SMN i’m up to 46 and honestly every fight feels like a lot of work. Can anyone suggest a class with a lax rotation? Or does such a thing exist in this game?

Fair point. The PUGs in this game are generally cool about such things, with a few exceptions (took five swings at Bismarck HM before I got the clear, and when I queued for the Bosses Roulette, I got SoF and had two insta-ragequit when they saw the two tanks were both DRKs).

Bree Royce - June 1, 2020
60
NOW STREAMING LIVE ON TWITCH
OFFLINE - SEE YOU NEXT STREAM!
NEXT MOP STREAM
No events to display.

Path of Exile’s take on Farmville blooms on June 19 with...

Legends of Aria kicks off Season 2 with an emphasis on...

Ubisoft claims its Trackmania reboot isn’t a sub game – you...