No, you’re not seeing yet another ancient screenshot from the late, great City of Heroes. No, this is something far more recent and special. I’ll let reader Ben introduce it!

“Here we are standing around the new Ascendant memorial in Paragon Chat (the City of Heroes chat client) the first night it was released,” Ben reported. “Ascendant is the NPC talking on the phone near the center, in blue white and gold. Everyone was happy to see the game with people in it again.”

I bet! It brings a sniffle to my nose to see CoH continue in some form, even though it’s a mere shadow of what it once was. Keep on going to see the new chat client in its full-color glory! 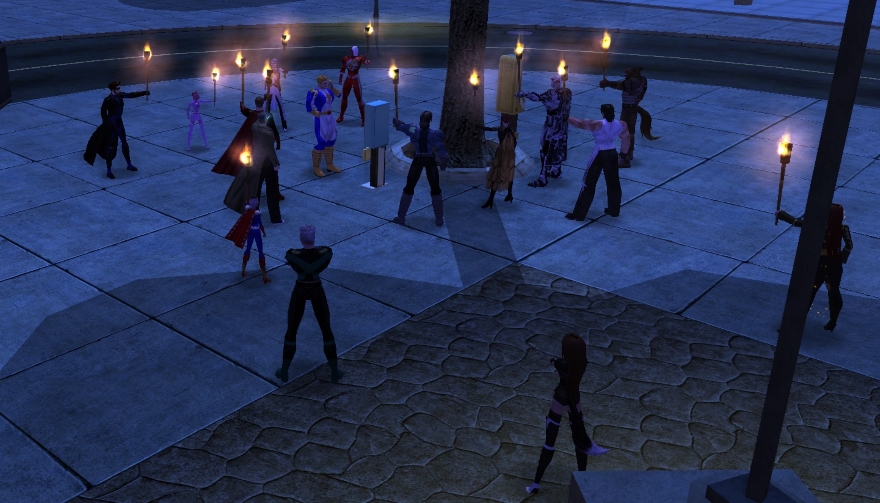 Finish Issue 11 in The Secret World yet? If you did, then you will have truly earned your wings in the game — literally and metaphorically. Reader Ekphrasis wanted to show off his new back accoutrements from his recent accomplishment.

“Oh if these wings could fly!” he pines. “The culmination of my choices throughout The Secret World’s story is this impressively powerful ultimate ability — complete with these golden fiery wings. This means I’ll save it ‘until I need it,’ and probably realise that I shouldn’t have waited so long about two seconds after I die.” 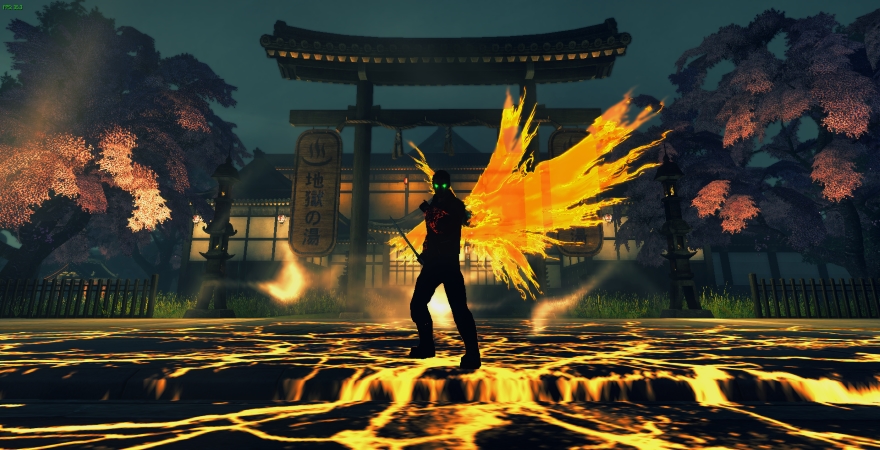 It seems that all anyone wants to send me in lately are Final Fantasy XIV: Heavensward pictures. And while I’d love more diversity, I’m not complaining too much; it’s truly a pretty expansion!

Reader Adeptus submitted this one: “Dashing about through new story content in the Heavensward head start, I found that there were a number of times I had to pause and admire the scenery, especially in Ishgard. I’m not sure what I was expecting from the northern city, but whatever it was, stumped in comparison to what we actually got. The olden Euro-inspired architecture with hints of gothic stonework make for some phenomenal sights to behold without ever feeling heavy-handed towards one of the two sides. Here, my little Lalafell Scholar looks out from what is probably my favorite place in all of Foundation, as it has both visual styles of Ishgard in full display, split almost right down the middle.” 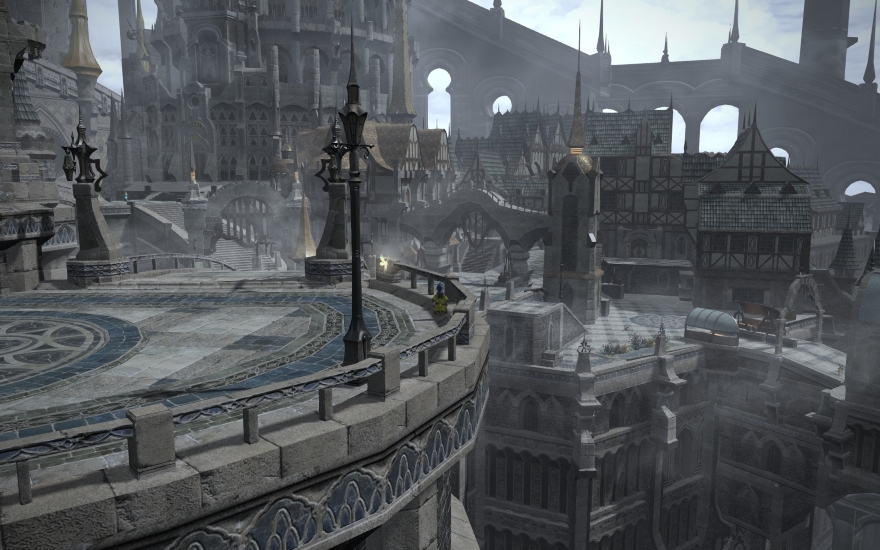 Reader Tibi took me up on a recent screenshot challenge to provide something truly ugly. So what did Tibi end up with? “When it comes ugly, I don’t think there’s anything as bad as SWTOR’s Cathar. Yeah, I used the appearance designer for this screenshot. I would never spend a single cartel coin or credit to unlock that.” 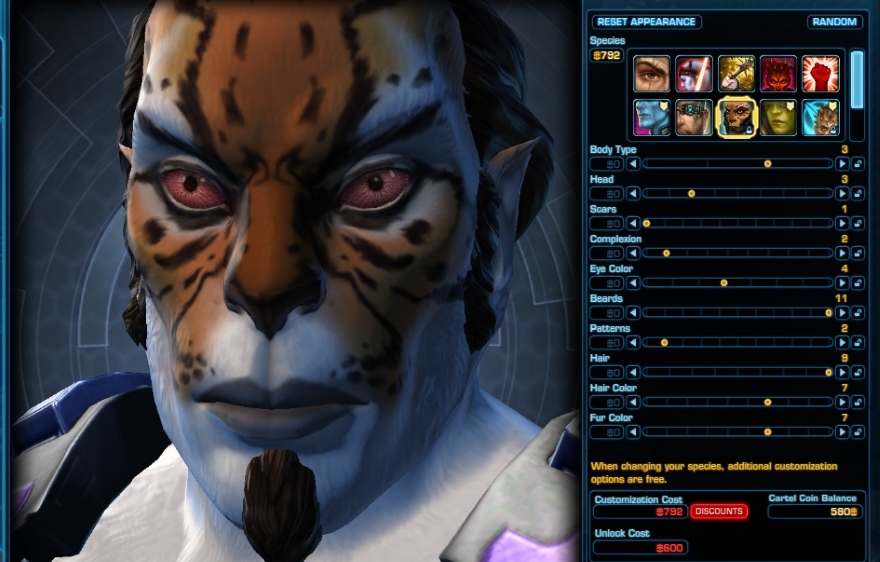 What can you crazy readers get up to on your mounts? Plenty, as it turns out. Camelotcrusade wins this week’s It Came from the Comments! pick for this “mount” glitch from EverQuest II.

“This doesn’t really count, but there was that time I was ‘mounted’ on the hover disk in the Kingdom of Sky. Except… I wasn’t. Bugged graphics had me running on air, and this was well before flying mounts were in the game. Maybe it was a prophecy of things to come. Either way, I got a kick out of watching my character run through the air.” 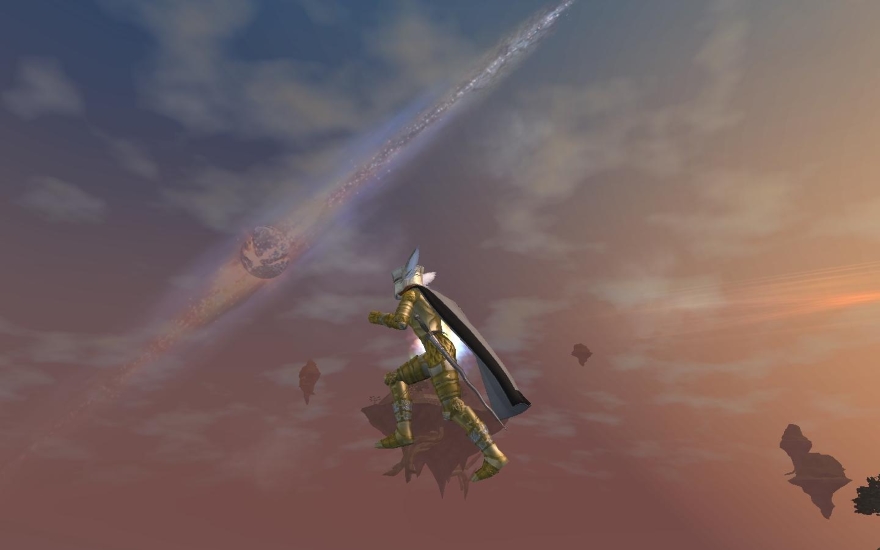 You need a screenshot challenge? Oh, sure you do. In honor of City of Heroes’ headlining pick, why not send in a picture of your favorite superhero avatar from any MMO!

I’m actually gonna post some screens here for once. If you happen to know what they are, I invite you to join a group hug. (But no spoilers please!)

COH is one of those games that I always returned too.  It could get boring after awhile but I always came back to jump across zones or fly high through the sky.  It really is amazing that they haven’t gotten an emulator of it up yet, it is one of those games that just hasn’t been reproduced yet at all and should be.  There is no super hero game that is better, hands down.  Miss this like WHOA!

I remember Ascendant from Virtue. Didn’t know he’d passed away. :(

Here is Green Mage. My first CoH character. Energy/Energy Blaster. Only one to reach 50. Then there’s the Stalker, Lupis Malis…  Followed by Blackwall, the Spikes Scrapper.
Last, what everybody who got Flight (when you got your full travel power at level 14) had to do first: Fly up to the Atlas Park blimp.

Had an interesting week in Gw2! Fell through the world doing some pvp on my Thief and Striking a victory pose on my Guardian Aussitot Mort after getting my ascended greatsword from a box after a Teq fight.

Liandreth Zulika_Mi_Nam Thanks, once I find out the real damage on this one I will post it in an effort to make everyone that has to endure such mysteries on a regular basis feel a little better.