It’s been a fantastic week for online gaming with dozens of MOBAs and competitive shooters on the show floor at Gamescom 2015. Hi-Rez Studios was showing off the first playable build of its new shooter Paladins and announced a new map for SMITE. League of Legends brought champion Gangplank back from the dead with a new look and announced that its refer-a-friend system will be retired next month. The Dota 2 world championship down to an extremely tense final game over the $6 million top prize and almost had a surprise upset (spoilers ahead).

RUST fixed a number of server problems that were causing some servers to get stuck running at four frames per second, and plans are in the works for custom skins via the Steam Workshop. The Path of Exile devs took a look at the development process behind player-designed Divination Cards. Elite: Dangerous sparked some controversy with the announcement of its new expansion and associated pricing, but managed to patch out several major cheats being used online. And Splatoon players have datamined secrets from the August patch game files, including several unreleased weapons and the possibility of playing as an Octoling instead of a squid.

Read on for roundup of all the Gamescom 2015 online gaming news from MassivelyOP and a detailed breakdowns of the stories above in this week’s Not So Massively, and don’t forget to subscribe to the RSS feed for weekly updates! 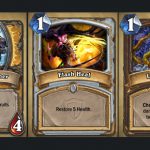 Gamescom 2015: Hearthstone adds five new cards to The Grand Tournament
[AL:Hearth]You might have noticed a smidgen of news coming out of this year's Gamescom, and Hearthstone has got a bit more to add to its previous jousting announcement. Five new… 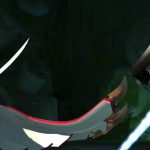 Gamescom 2015: Gigantic announces August CBT start
Go go Gigantic beta! At Gamescom this week, the cell-shaded Gigantic announced that it will be ending its alpha test and transitioning into closed beta by the end of August.… 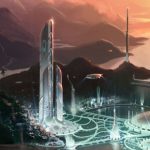 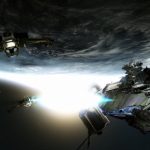 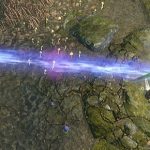 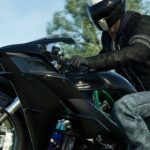 Gamescom 2015: The Crew offers up a Wild Run trailer
Are you extreme enough to take part in The Crew's next big expansion? Wild Run sends players to The Summit, where apparently extreme racing rules. None of this namby-pamby normal… 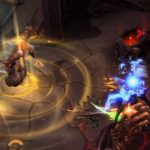 Gamescom 2015: Blizzard shows off new heroes and maps for Overwatch and Heroes of the Storm
Heroes of the Storm players are going to have quite a bit to look forward to in the near future. The game's newest map, Infernal Shrines, continues the Diablo theme… 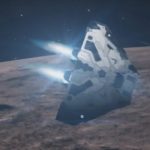 Gamescom 2015: Elite Dangerous: Horizons is kicking off with planetary landing
The Elite: Dangerous gameplay is expanding downward. To the extent that "down" is a relevant direction in space, anyhow; the important part is that you'll be able to go from…

END_OF_DOCUMENT_TOKEN_TO_BE_REPLACED
Hi-Rez Studios was at Gamescom 2015 this week with a huge booth dedicated to SMITE and another for its new competitive team-based shooter Paladins. The development team also revealed its upcoming new Joust map that promises Chinese themed gameplay, artwork and map layouts.

END_OF_DOCUMENT_TOKEN_TO_BE_REPLACED
When League of Legends champion Gangplank was officially killed off for the recent Bilgewater event, we kind of figured he’d be coming back. Gangplank was thought dead when his ship was blown up, but it looks like he ate some oranges and it was OK. Now he’s back as a real badass with a metal arm and a handful of fresh scars to match his new set of abilities.

Riot also announced this week that it will be shutting down LoL‘s refer-a-friend scheme on September 5th. The studio had been experimenting with turning the system off in various regions and noticed no discernible change in player behaviour, so developers decided to axe the system entirely. In the future, it will be replaced by more events like Party IP and Friend Discovery.

If you didn’t manage to catch the Dota 2 world championship tournament this weekend, skip past this section because it contains spoilers! There was almost surprise winner in this year’s International as newcomer CDEC Gaming annihilated its competition and made it all the way to the grand finals. The first place victory and a prize of $6,630,109 went to veteran team Evil Geniuses, while CDEC picked up second place and an impressive $2,845,630. CDEC Gaming’s run was made all the more impressive by the fact that they were one of the two wildcard teams and so weren’t pre-selected for the tournament.

If you’ve been experiencing lag and seeing players teleport around in RUST, you’ll be glad to know that this issue is among many being tackled right now by the devs. This week’s RUST devblog revealed that server performance had declined over the past few months and that some servers were running at only four FPS. After applying some technical wizardry, the developers managed to get some of the affected servers up to 500 FPS. Work is also continuing on the Workshop SDK, which will allow players to create their own item skins and submit them for consideration. Facepunch Studios hopes to roll out a skin system similar to the one used in CounterStrike: Global Offensive.

END_OF_DOCUMENT_TOKEN_TO_BE_REPLACED
If you’ve been playing Path of Exile lately, chances are you’ve collected a few of the Divination Cards added in The Awakening. Divination Cards are collectable cards that drop as loot and grant a reward once you collect enough of them. While most of the cards were designed by developers, some were actually designed by players who bought a $1,100 Highgate Supporter Pack. In a new devblog, Grinding Gear Games explained the process that Highgate supporters go through in order to design heir own cards. We also learned that cards tend to drop more frequently than the rewards they grant.

Elite: Dangerous poked the hornet’s nest this week with news that its upcoming Horizons expansion will cost as much as $60. The expansion will be delivered over the course of 18 months and will feature limited planetary landing gameplay on planets without atmospheres. The bulk of the controversy stems from confusion over whether the base game is included in the expansion for free, as this would be giving new players a significantly better deal than current ones.

The high price point of the expansion has led many players feeling as if they’re being asked to buy the game twice to get access to features they expected to be simply added to the base game. Some fans fear that it may take several paid expansions to get the game they want, while others have pointed out that you’d pay more with a subscription-based game and development has to be funded somehow. On a more positive note, players report that this week’s game update fixed a major source of cheating and hacking in the game.

We knew that Splatoon was gearing up for an August packed with new weapons and maps, but it looks like Nintendo has been keeping a few surprises for us. Players have been data mining the game files in the August update, finding several unreleased weapons and more details on the upcoming maps. One player even found a way to edit his save game file to allow him to play as an Octoling online instead of a squid.

Every week, Brendan Drain scours the net to bring you all the latest news from from the world of MOBAs, lobby-based games, and other online multiplayer games that aren’t quite MMOs in Not So Massively. If there’s anything you want to see covered here, post a comment or send mail to brendan@massivelyop.com to let him know!
Advertisement