Do you think you’ve got what it takes to be the king of H1Z1’s Battle Royale hill? Daybreak is giving you a chance to prove it! One lone survivor will walk away from the post-apocalyptic game’s first live invitational this September with all the glory of being the last man/woman standing as well as a cash prize. Sound like something you want to be apart of? Producer Steve George and Senior Game Designer Adam Clegg shared with us the details on how to get in on the action of the event, which will take place at TwitchCon in San Francisco on Saturday, September 26th, from 1:30 to 3:00 p.m. EDT (10:30 a.m. to noon PDT).

As this is an invitational, slots won’t be divvied up via an in-game elimination tournament. Instead, the 60-man roster will be filled by invitation only. Clegg noted that there are some Twitch streamers who play in Battle Royale matches almost daily for their audiences, and a number of these popular streamers have already been invited to participate. But not all of the invited streamers necessarily play H1Z1 that much. Clegg said, “We’re trying to pull people from tons of different markets. We have people that are League of Legends players; we have people that are Hearthstone players. We’re trying to get this massive community all playing Battle Royale during TwitchCon.” Some confirmed streamers include LIRIK, summit1g, CDNThe3rd, LegendaryLea, Sodapoppin, SeriousGaming, SxyHxy, iijeriichoii, and reynad27. 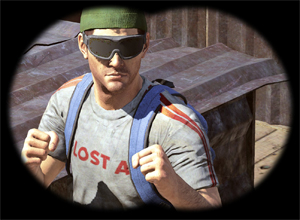 Not all of the spots are taken by these personalities, and you — the player — have the opportunity to nab one of the four remaining spots. There are two ways to get yourself an invitation to the battle, and both involve sharing why you think you’re a Battle Royale badass. The first method is open to (almost) everyone who is a U.S. citizen 18 years of age or older. Starting today and running through August 31st, Daybreak is hosting a contest where players can submit a video, a photo, or an essay explaining why they are a #BRbadass. Entries can be submitted via Twitter hashtag #H1Z1Contest and tagging @H1Z1game. Sadly, this contest is not open to all states: If you are in Arkansas, Florida, Hawaii, or New York, you are ineligible to enter. Full details can be found in the official rules. And make sure your entry is interesting! Winners will be selected based on community votes as well as in-house judging. Those lucky three will be announced on or around August 20th, 27th, and September 3rd.

The final slot will be filled in a similar fashion but is open only to PAX Prime attendees. Those interested need to stop by the Twitch booth where Daybreak Games is featured and acquire an H1Z1 mask. To enter the contest, players will need to take and submit a photo using that mask. All four winners will get an all-expense paid trip to TwitchCon to take part in the invitational.

The winner of this tournament will walk away with a fist full of cash — but just how much cash won’t be known until closer to the actual match. The amount will be determined by how many of the special in-game H1Z1 Invitational Crates sell between now and September 22nd; Daybreak is contributing 25% of the sales to the prize pool. What’s in these crates that players will want to get their hands on? While the specifics of what each specific crate contains differs (what’s a cash box without a little RNG?), there’s a chance that players will get t-shirts that feature Twitch personalities (such as OMGitsfirefoxx, Towelliee, dasMEHDI, GoldGlove, itmeJP), weapon skins, emotes, and even a special Twitch “Glitch” hoodie.

Who will ultimately walk away with the prize? George told me, “Many claim that they are great at Battle Royale, but there can only be one survivor in this invitational. It will be a thrilling match to the end, and we’re excited to see who will come out on top.”