END_OF_DOCUMENT_TOKEN_TO_BE_REPLACED
As the digital card game market continues to outpace its physical counterpart, Hearthstone is coming out on top as one of the dominant forces in the genre. A recent Superdata report found that the game is raking in around $20 million every month.

Expanding to include the smartphone market was one of Hearthstone’s strongest moves, as the card game’s revenue climbed 31% after making the jump to the platform. Superdata notes that Blizzard is recreating the circumstances with Hearthstone that made World of Warcraft a breakout hit: “Hearthstone managed to disrupt the category in the same way World of Warcraft transformed massively-multiplayer online games (MMOs). Blizzard’s first digital card game has deep mechanics, but it is more accessible and streamlined than long-running games like Magic: The Gathering.”

The site’s analysts predict that the global digital card market will grow 5% in revenue between now and 2018. You can check out a chart of Hearthstone’s revenue as tracked by platform after the break. 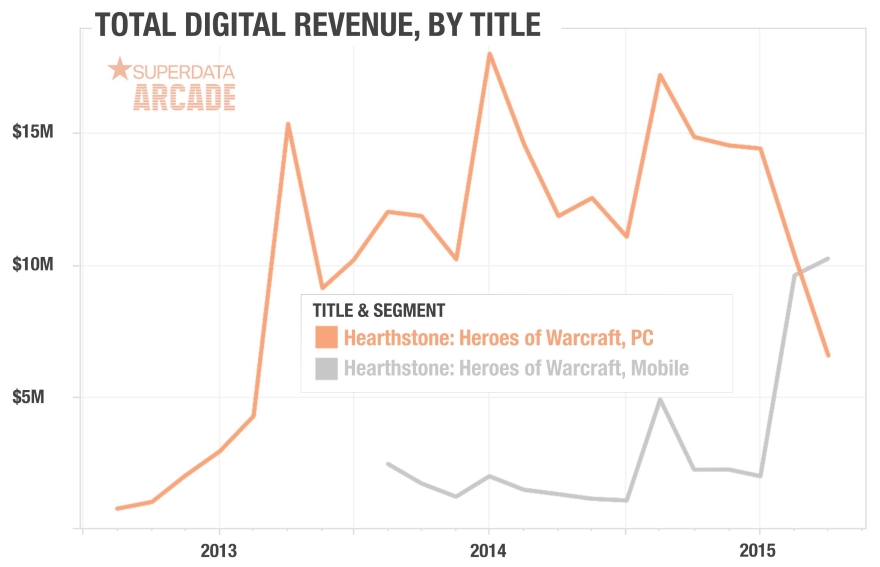