Wouldn’t it be cool if every MMORPG that failed to reach its potential were granted some sort of do-over? We’ve seen it happen once, with 2013’s hugely successful A Realm Reborn reboot rising from the ashes of 2010’s Final Fantasy XIV farce.

That’s most definitely an isolated incident that owes a lot to Square’s deep pockets, though, and there are plenty of additional MMORPGs that started off as great ideas and ended up in desperate need of a retool.

On paper, Age of Wushu seemed like a slam dunk. It was a big, beautiful sandbox MMO that broke from fantasy convention and transported players to a Wuxia-drenched recreation of medieval China. It featured a robust combat system that took its visual cues from films like Crouching Tiger, Hidden Dragon and challenged players to master parries, feints, and a complex series of action MMO maneuvers designed to emulate the feel of meatspace martial arts. The game’s school-based advancement system also allowed players to fight for various real-world sects including the famous Shaolin and Wudang groups while partaking of spy and counterspy events that stepped pretty far outside the usual MMO PvP box. 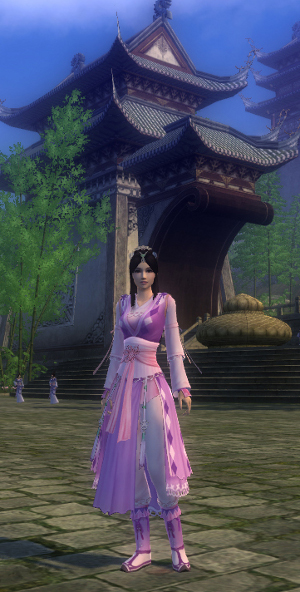 Age of Wushu also boasted a high degree of skill-based player customization, unique non-combat systems including life skills as well as traditional crafting minigames, and an odd duck of a system that enabled your character to interact with the game world while you were offline, often as the victim of a kidnapping and sometimes as the companion of an active player.

Developer Snail Games even allowed players to become boss mobs on occasion, and unlike the PvP-focused EVE Online from which Snail drew a fair bit of metagame inspiration, Age of Wushu featured significant amounts of PvE content to go along with its guild-vs.-guild foundation.

Sadly, all of these slick-sounding features and dozens of others were wasted on account of Snail’s unfortunate timing and a horrific localization effort. The game was daunting enough on its own merits thanks to systems that many western MMO players simply hadn’t seen before. Adding insult to injury was a beta and press preview period that arrived in late 2012 during what was arguably the zenith for casual MMORPGs. Guild Wars 2 was fresh off its summer launch and roping in millions of MMOers with its unwavering accessibility, while World of Warcraft’s Mists of Pandaria expansion dropped a couple of months later and effectively blotted out the sun for Age of Wushu and every other late 2012 and early 2013 MMO release.

On top of the poor timing, Snail simply didn’t bother with a professional translation job, as some of AoW’s UI elements were unreadable after being converted to English, and those that were readable were in many cases so ham-handedly localized that the descriptions confused more players than they helped. Finally, there was that cash shop, and frankly, the less said about that, the better.

While Age of Wushu likely never would have been a breakout hit in the West due to its sandbox mechanics, its PvP, and the depth and breadth of its learning curve, it’s one of those titles that could have and should have found a niche in these parts if a bit more care had been taken with its presentation.

This one’s liable to be contentious because mentioning the name Brad McQuaid on an MMO website invariably brings out the armchair businessmen who love to post about parking lot firings and cocaine. If we’re lucky, there might also be a few people with the courage required to admit that Vanguard was actually fun more often than not.

Yes, it was a launch-day trainwreck and — much like Age of Wushu — it was inexorably hamstrung by a debut date perilously close to one of WoW’s juggernaut expansion drops (in this case, 2007’s The Burning Crusade), but Vanguard nonetheless managed to out-EQII EQII for a lot of old-school EverQuest fans. For the rest of us, it provided a massive, seamless game world with some nifty quests, some lore that was actually original, and some associated writing that far outshone the genre standard. I didn’t care much for the diplomacy card game gimmick, but the Dread Knight was and is my favorite themepark class of all time, so there’s that.

SOE kept Vanguard on life-support far longer than anyone could have expected, which allowed for its tiny but dedicated community to enjoy over seven years of gameplay in the world of Telon. Oh, and there’s an emulator in the works, too, though you’ll have to discover that one for yourself!

Of all the titles I thought about including in today’s column, Darkfall was an absolute no-brainer. Ironically it’s already had a couple of do-overs, though none of them has managed to capture the rambunctious spirit of 2009’s bug-ridden but strangely endearing gankbox. Aventurine’s constant tinkering and indecision has left the current version of its fantasy title languishing somewhere between laughingstock and player-free wasteland, but there was a time when even I — the warmest and fuzziest carebear you’ll ever meet — preferred playing Darkfall to any other MMORPG.

Much like Vanguard’s Telon, Darkfall’s Agon was well and truly ginormous. The sheer scale of the place combined with a pleasing hand-crafted aesthetic lent itself to a lot of immersive exploration, fun group PvP, and boss-killing that didn’t require a loading screen. Plus, Darkfall’s oh-shit-was-that-another-player-I-just-want-to-kill-these-goblins PvE was both thrillingly strategic and sadly missing from other genre titles.

2012’s Unholy Wars reboot punted the original free-form advancement system in favor of prowess and pre-determined roles, and Aventurine’s devs never did manage to wrap their brains around the fact that this game needed local banking (for the economy, stupid) and a simple skill cap in the worst possible way.

I’m just about out of space today, but don’t think you’re getting off that easy ArcheAge, Fallen Earth, and a couple of other inexplicable failboats that know who they are. I’ll get to you in due time.