Sci-fantasy sandbox Origins of Malu has had its share of development challenges over the past four years. A scaled-down version of the game debuted on Steam early access last March, but since then the dev team has been relatively quiet.

We reached out to Burning Dog founder Michael Dunham to get a project status update. Join us past the cut to see what’s next for Origins of Malu and to get a peek into the world of indie MMO development.

MOP: We haven’t heard much from the Origins team since the March early access announcement. How’s that going? Are you getting useful feedback from early adopters?

Michael Dunham: Well, it’s been one challenge after another. We are getting useful feedback but at the same time we decided to ditch the battleground idea for now and go straight to the MMO feature set, which left us in a strange spot. We have been trying to push people away from our early access until we are ready, which has been an interesting experience, but we are almost ready to get this back on track now.

So you’re expanding beyond the initial five characters and two battlegrounds announced for EA? Do you have a loose timeframe for when we might expect said expansion?

We are building a campaign of sorts with the mountains and swamp maps; we are currently hard at work on Malu, and once we’re complete with the Zeta feature set, the users will be able to work through a series of quests and open up a hidden portal to Malu. In terms of ETA it’s coming over the next couple of months, but there are also bigger things in the works that could speed up our development. 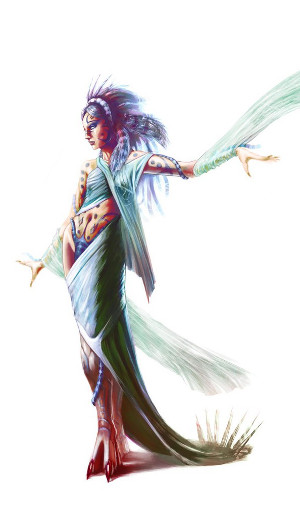 A recent Steam update post mentions a big patch coming toward the end of August as well as some “major strides” that have been made recently. Can you elaborate on what has gone well for the dev team and what they hope to accomplish with this next patch?

In an effort to get our baseline features out as soon as we can, we have been working away and have early prototype versions of our core features coming. This was released on August 22nd and will be polished over the next couple of weeks.

We have alpha versions of quests, proper persistence, world building, mounts, loot, inventory, equipping, and a cave ecotype. Our GUIs are in the process of a major overhaul, but that will come later in the month or possibly early September.

That is a question that requires a really long answer, and I will be blunt but also try my best to not sound like we are making excuses. We are only as successful as our people working on the team, and that is really the key. We have had a lot of people come and go for different reasons and it sets us back.

A lot of contributors work a full time job, then they come and work on our project. And sometimes they get poached by a AAA studio, or they burn out, or they can’t handle the schedules. Sometimes they’re just looking for that glory of working on a game, but then they learn what the reality is and they’re not always able to handle it. Or sometimes they just can’t handle me because I am far from perfect!

If we find ourselves in a situation where we’re funded, it will be much different, but we have no ability to pay people so it’s really a dream that we are selling for the people working here. Sometimes that’s enough but most of the time it’s not, which I understand. So, not being being funded is the hardest part of it. The rewarding part, well, we are not there yet but when it’s all said and done and we have achieved our goals and it’s fun to play, that will be the reward.

Best of luck and thanks for chatting with us!