No, that isn’t a typo in the title: WildStar fully converts to free-to-play on September 29th. Carbine and its crew are calling this significant change to the game’s payment model WildStar Reloaded. Carbine isn’t just changing how you pay for the game, however. There are also significant changes to the new-player experience.

The studio has also announced that the second phase of closed beta will open up today (as of press time, the closed beta server is offline due to technical difficulties). This second phase opens up the cash shop for the test, and Carbine is confident it’ll be a risk-free testing process. We have the full details of the testing process and our take on the new tutorial for the game below.

The most significant content change with the launch of WildStar Reloaded has to be the character creator and the new-player experience. At this year’s PAX Prime, Carbine insisted that I take some time to try it out, especially since I played the game at launch and was quite familiar with how the beginning of the game originally played.

For those who are subscribed and currently testing out the free-to-play beta, this will be old hat to you, but there are enough significant changes to the game’s intro that I think it’s worth mentioning. If I were to describe in one word what I saw from the 20 or so minutes it took me to go from creating a brand-new character to near the end of the tutorial, I would say “streamlined.”

The character creator just explained everything better. Of course, there aren’t any changes to the character designs themselves, but as you make your way through character creation, you will have a better understanding of the class and path you choose because of the videos and informational pop-ups. And the lore behind each of the races is also better explained.

As I mentioned, I created a character and nearly completed the tutorial in the 20 minutes that I sat at the demo. But on top of taking less time, the tutorial actually introduces you to the game’s story better. The crux of the world story has always been in the tutorial, but it was hidden behind a bunch of unnecessary mechanical training. That has all been removed and replaced with cutscenes that tell the story in a much more cinematic and memorable way. 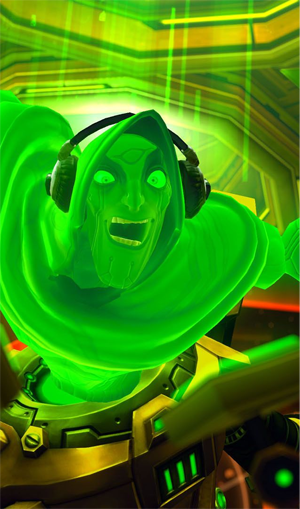 As it was explained to me, the first phase of public testing focused on the in-game systems, and although there was certainly a good bit of NCoin given out to testers, the idea behind that was to see what people were interested in buying, not really to test out the purchasing system.

This second phase of testing, which starts today, is all about testing the purchasing system. Carbine wants to encourage players to actually buy NCoin for things that they want on the public test server using real money. You might be thinking that seems weird. Isn’t the test server going away when the real F2P launches? That’s true, but Carbine promises that all purchased NCoin on the test server will be transferred to live when F2P launches on September 29th.

This leads us to the types of currencies that there are in game and the rewards you get from them. And you’d think that adding one extra currency, like NCoin, would be enough, but no, there are four new currencies. I will explain them to you as they were explained to me.

NCoin — This is your cashshop currency used to buy all the fun stuff in the cashshop. There is no direct correlation between NCoin and any currency in game. This currency is attached to your account and your account alone.

Omnibits — Besides the copper, silver, gold, and platinum that currently drops in the game, you can also find Omnibits, which are items that Carbine calls “sweat currency.” These are used in a similar fashion as NCoin, but you’ll likely need more Omnibits to buy things in the cashshop than you would with NCoins.

Service Tokens — These guys, which drop in game or can be purchased, will get you quality-of-life items — for example, crafting timers or instant transports.

C.R.E.D.D. — If you play the game right now, you know what C.R.E.D.D. is. Currently, it grants you 30 days of subscription and can be traded with other players. When free-to-play launches, it will grant you 30 days of Signature Membership, which I’ll explain in just a bit.

Lastly, Carbine rewards loyalty with Cosmic Points. For every month you subscribed either through cash or C.R.E.D.D., you earned Cosmic Points. These can be used to purchase specific loyalty reward items. The only way to get these items, like pets and vehicles, is through Cosmic Points. Carbine showed off a couple of the lower tier items at PAX, but there is a total of six tiers of rewards.

Aside from the F2P conversion, look for the Hoverboard zPrix Invitational coming soon after Sept 29th. This was described as a “celebration of movement” on your hoverboard. If you have a hoverboard, and many people who played the game at beginning do, then you can participate in these races and challenges throughout the world. For the competitive types, there will also be leaderboards so that you can see where you rank against other players.

Then in October, be on the look out for Shade’s Eve, WildStar‘s answer to Halloween, which was delayed last year and didn’t release. Carbine explained that it will be a full-service holiday event this year. Not only will there be events in the world, but the major cities will be decorated in celebration of this holiday.

Hopefully, you have been able to process all this information because it took me a bit to process it all. If not, look for some livestreams from us showing off WildStar‘s free-to-play changes coming soon, and maybe we will see you on Nexus.

Massively Overpowered was on the ground in Seattle for PAX Prime 2015, bringing you expert MMO coverage from NCsoft, Trion, PWE, and everything else on display at the latest Penny Arcade Expo!
Advertisement

Gottphoenix Thats not exactly7 true, RIFT had such high numbers because of a really wee done marketing campaign, with many TV spots and adds everywhere, Carbine don’t seem to know what marketing even means..

had Carbine of marketed the game similar to RIFT classifying Wildstar as this next gen mmo and saying all this cool stuff in TV trailers, youtube add,s twitch adds, and sponsored things. It would have EASILY hit 1M subs around launch instead of the 500k it had.

CastagereShaikura If you want to level fast, concentrate on the World and Zone stories, and any region events, ignore Tasks unless they’re convenient while doing the story quests. I said to do the Path quests also because it’ll be a drag to do them later, unless you don’t mind a huge back-track. If you don’t care about ‘fluff’, you can of course skip them too. Check out popular addons on Curse – I like Ayth Quest and BetterQuestLog. Not sure about the solid/split lines from the top of my head. Some more tips: don’t waste money buying gear while leveling and always log out in your house once you get it (and don’t forget to take the daily buff of choice).

goettel CastagereShaikura I wish i new this earlier. The quest tracker is filled with way to much stuff. Can you turn off some of this stuff? Also the mini map i find confusing with the solid lines and split lines. Which one do i follow.

CastagereShaikura Don’t rush leveling, do your Path quests and try both default and mouse-lock combat (with the Lockdown add-on or the still a bit wonky new official one), the latter being a bit like Tera or Vindictus.
And get a hoverboard, that goes without saying.

A p2p system can only account for a mmorpgs failure for so much these days. If Wildstar was solid, it should have seen similar numbers of Rift pre Stormlegion (Rifts expansion was a giant step backwards in quality compared to the vanilla game) but it didn’t.

Well i just uninstalled it. It just felt to juvenile for my taste. I felt like i was playing a console game.

I guess I’ll be installing and checking out the updated game.  I was in the beta test but I never subbed. I am curious about the changes to the initial experience.

I just got my Beta key. I played for an hour and was surprised it ran on my PC. Truthfully i don’t know how i feel about the game. It was confusing and fun at the same time. I kind of liked it and that surprised me. All i heard was how horrible the game is. Maybe it is at end game but i’m a sucker for any mmo that doesn’t have elves in a fantasy setting. Weird how i even forgot i signed up for beta. Any newbie tips would be welcome please.

ToyFuzion Akami Please don’t. You know that AA is dead in the water. Not fooling yourself because of how much time and money you might have invested in it. Move on.

Amazing Aluminum Man Skyewauker Madda Lethality Akami COH didn’t age well, the game just didn’t look very good at all.
And after awhile people stopped playing content and would stand in city plaza and roleplay, flirt, and have costume contests and spam there annoying powers. It became a second life with people dressed up as bad versions of Wolverine, the Hulk, etc. and men making small pedophile female characters.Why do you think people are downloading that city square only version?

TitanReach plans its comeback after suddenly receiving full funding from a...

The Elder Scrolls Online is getting new Nvidia anti-aliasing tech in...