Look up on that building! It’s a bird! It’s a gargoyle! It’s… MOP reader Epelesker showing off his hero in Champions Online!

“Unlike a grand majority of people, superheroes were my first foray into the world of MMOs,” Epelesker writes. “I have a lot of fond memories of my experiences with them and… don’t ask about the characters. Nailing down just one is tough enough! Here’s a recent screenshot of one of my longest-running main characters in Champions Online, the size-changing teen hero, Atomac. It might be difficult to tell because of the low viewing angle, but he’s definitely very big right now. As for what he’s doing? He could either be just looking out for the average-height citizens below, or wondering what hijinks his speedster friend, Trailblazer, is up to…” 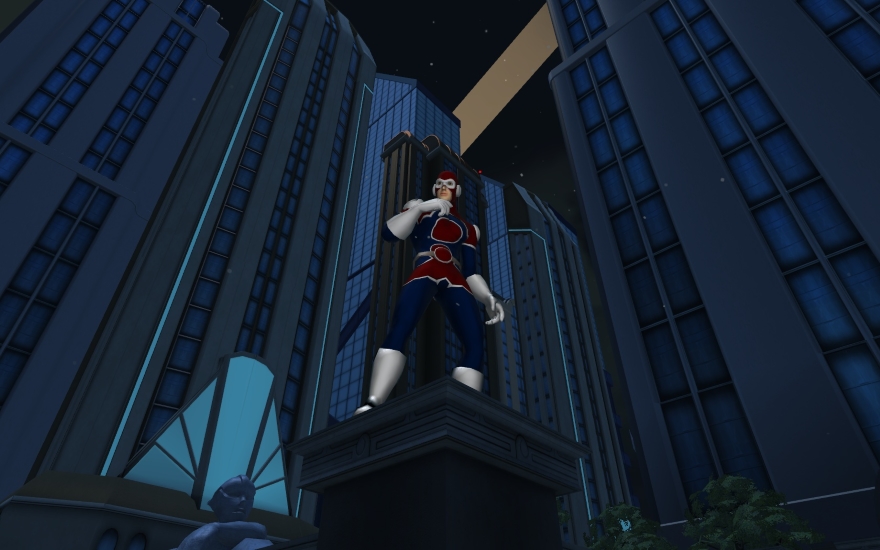 “My main motivation for taking lots of screenshots, aside from One Shots submissions, is to build a nice collection of pictures I can use as my desktop background,” Ralph the Wonder Llama said. “I was busy framing this screenshot in TERA when I got photobombed by the great sky-whale! Honestly, it turned a good screenshot into a great one. Just don’t tell the sky-whale. His ego is already big enough as it is. I mean, look at him! Sailing through the air, all smug!”

Well, if you’re going to get photobombed, go big or go home, I always say! 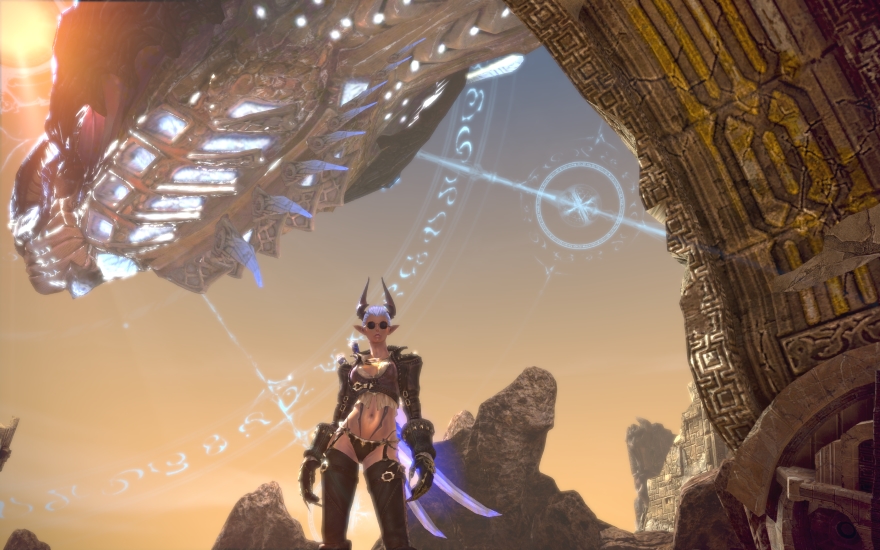 Can’t say that I see a lot of Neverwinter Nights pictures… um, ever in my inbox. I wish I could give out a special little award to any of you who submit a screenshot to a game that’s never made it in this space before! I love diversity.

Reader Owain sent in this one: “The funeral of a Halfling Ranger, attended by his guild, on the Mythos server many years ago. A tearjerking ceremony, saying goodbye to the Rogue who originally took a level in the Ranger class to get two-weapon fighting but then became a true Ranger and a champion of nature. Rest well, Neelo.” 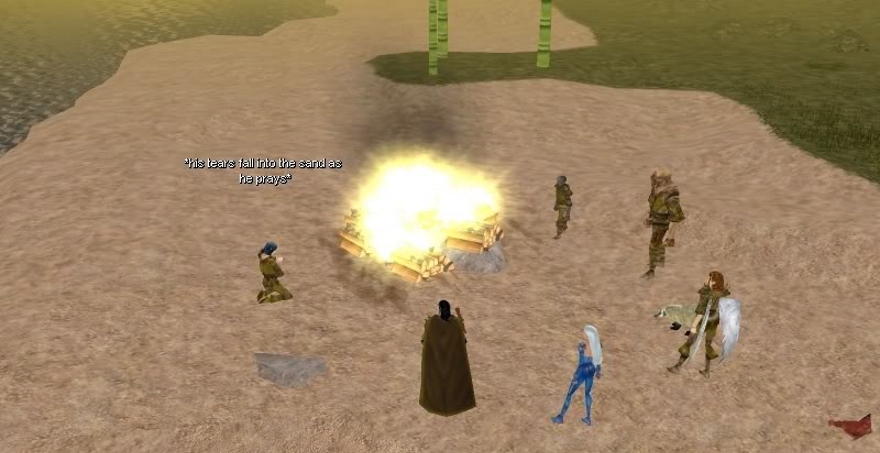 “This particular shot is from RIFT in Gloamwood underneath the cottage where you encounter the Hag,” said reader PJ. “I can’t remember the name of the quest but another brings you down here. I thought it was an amazing room with excellent ambiance.”

I agree — the Gloamwood storyline was always one of my favorite and perfect for the Halloween season! 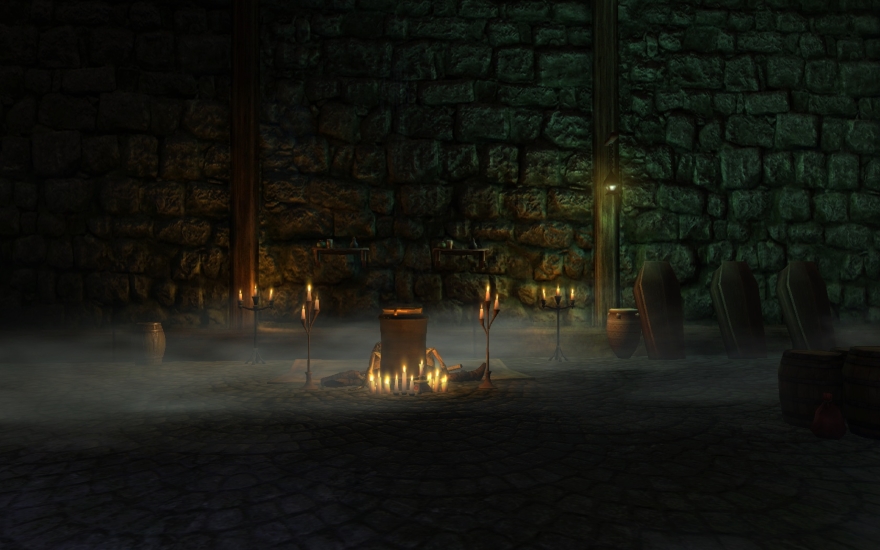 Our It Came from the Comments! winner today is reader krazy_wabbit, who actually had posted an entire series of WildStar pics. “This week saw the triumphant return of my character Buzz Cracker to WildStar… okay more like waking up from a long hyper-sleep, yawning and shuffling half awake onto the command deck of the S.S. Kaboom!!! in search of some ‘Mondo Zax’s DRED Soda™,” krazy_wabbit posted. 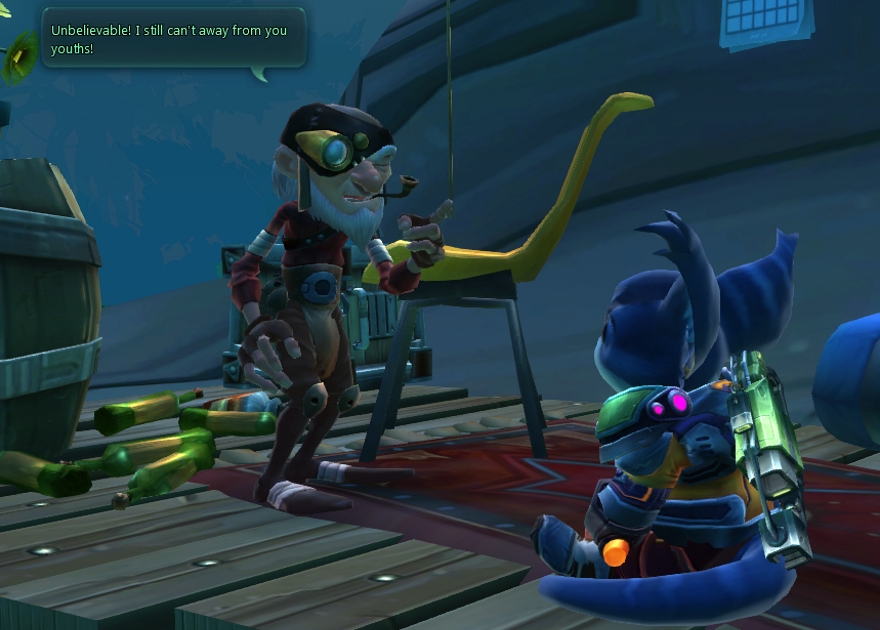 Darn youths. Also, if I could make a character in WildStar to look like that old man, I would do it in a heartbeat.

Anyway, this week’s screenshot challenge to to submit a scene that includes — as we’ve seen above — dialogue! Chat bubbles! Speech! Whether it’s an NPC or a player character, have you taken a picture of someone saying something bizarre or hilarious? Let’s see it!

Quincha Mansemat Thank you for being so reasonable and fair by taking my experience and feelings into account and having a normal debate instead of being dismissive and rude by treating me like there was no need to understand my point of view.

Quincha Mansemat Of course. Depictions of actual people. Not fantasy races that don’t even exist.

Quincha Dajhryne Siphaed Spacejesus3k Absolutely. Fantasy is not created in a vacuum; it’s influenced by our (sexist) culture. Yet there is a stubborn element that really digs in its heels, seemingly regardless of what you say.

“Sexual objectification is the act of treating a person as an instrument of sexual pleasure.”

Quincha Spacejesus3k Siphaed You don’t seem all bent out of shape about his male character in just shorts. Double standard or just being a prude ?

Quincha Spacejesus3k Siphaed  Except it’s an object to be used as an object in a video game by real people.

Yes.
The robes are the Ancient Exemplar set that comes from drops, I think…
Believed it all fit together in a RPish kind of way.

Estranged  I do like that mask.  Is that the one you get from the class quest?  I need to go back and look at mine now.. lol

Destiny 2 opens up raids for farming this summer

Phantasy Star Online 2 is handing out a million XP’s worth...