Every so often it seems as though the One Shots mailbox starts getting dominated with a single game. I’ve had this happen with Guild Wars 2 and The Secret World, to note two examples, but as of late it’s been all about the Final Fantasy XIV. Must be a shotworthy game, hm?

So today we’re going to feature only pictures from that game, starting with reader Nightscar’s captivating header. “I have been playing FFXIV as of late, and recently I took a screenshot that I think looks pretty cool and very cinematic.”

Do you agree? See the full-color version after the jump and judge for yourself! 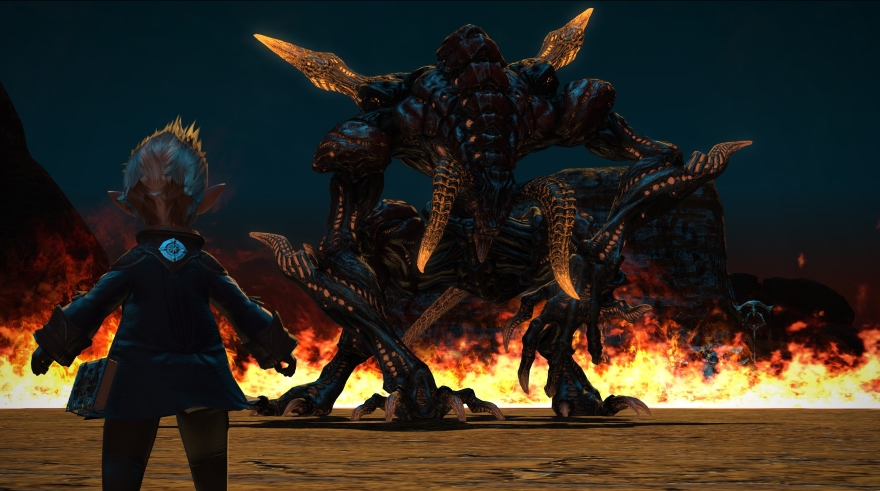 Here’s another very pretty picture — it seems as though players really love to take selfies in this game!

“Here’s my White Mage from Elalora Dawnstar,” submitted reader Garthon. “I’m so good that I’m healing with my eyes closed!” 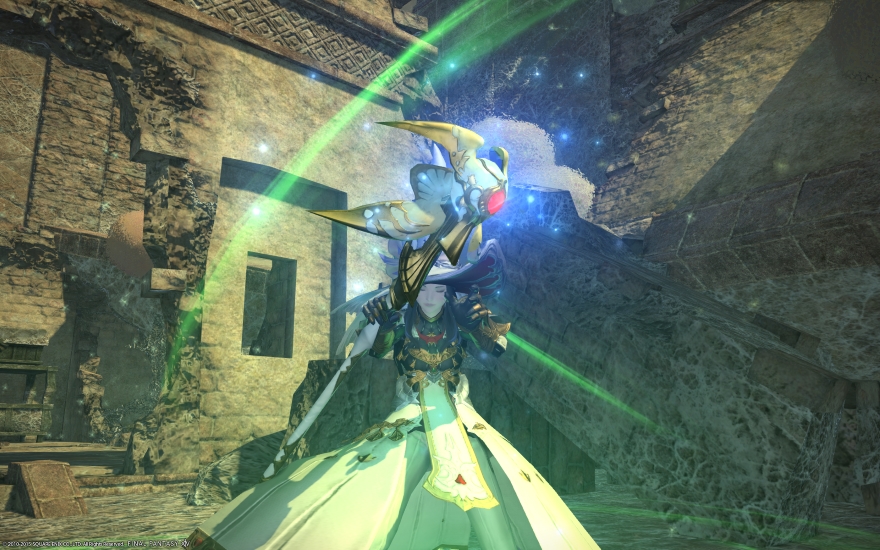 Reader Jonathan has a bit of a fashion show for us: “I recently got my Astrologian to level 60 and glamored my gear to the new cosmetic Thavnairian bustier for a more flowy/less buttoned down style. I am quite happy with how it turned out. This is my modeling shot right after changing my robe’s look.” 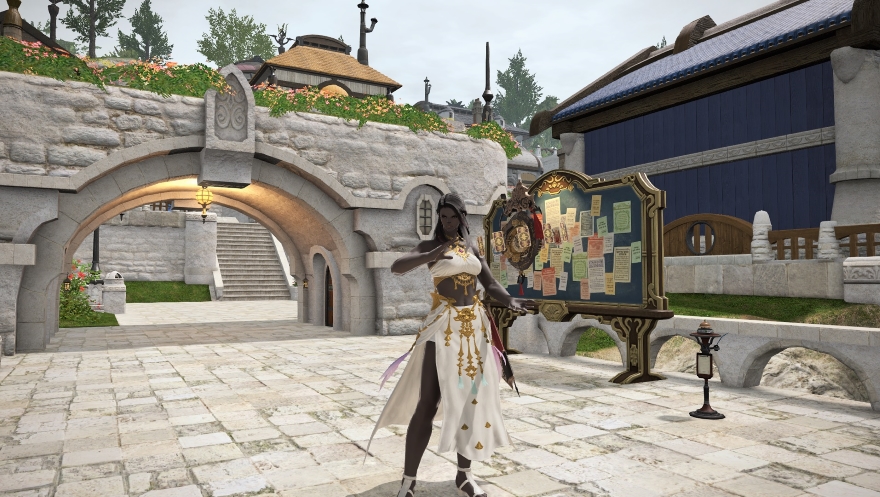 Ever find yourself in a perfect situation and place for a great picture? MJFife85 sure has!

“This is my Paladin Mina,” MJFife85 writes. “She was running around Iddylshire at night and I saw that the moon was nice and bright. When I panned the camera up, I just had to snap this screenshot.” 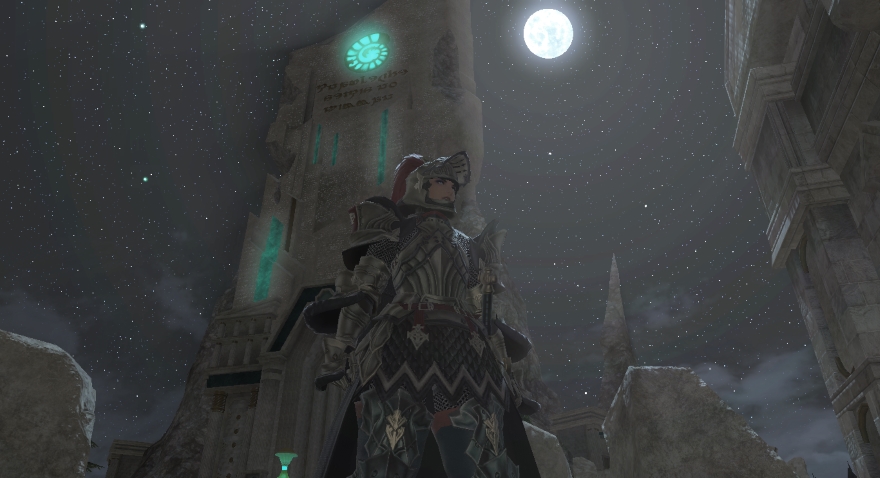 And for this week’s It Came from the Comments! winner, I’ll be going with yet another Final Fantasy XIV picture. But don’t worry, I think it deserved it even if it happened to fit the theme of this column.

“This screenshot was an accident, but I liked it,” commented Skardon. 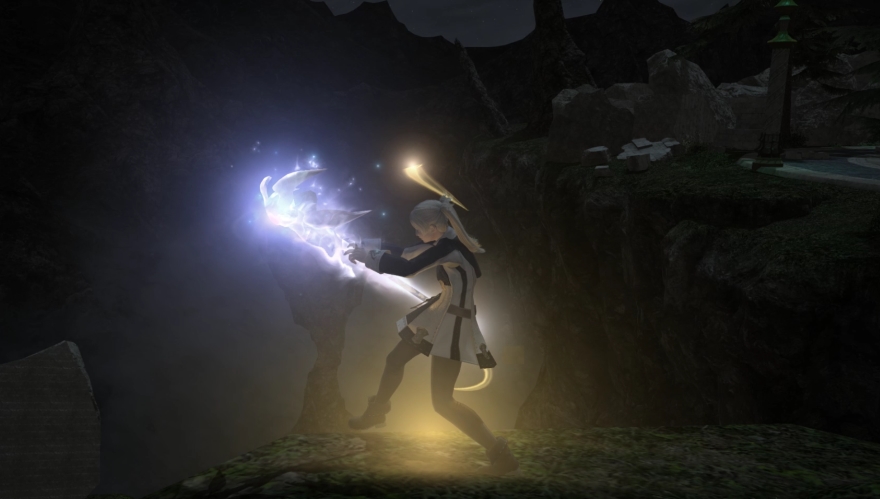 There have been a lot of expansions and big events coming out in MMOs lately, so this week’s screenshot challenge is fairly simple: Send in pictures of all of the new stories, zones, and events!

Rohirrim  Lol. I have to agree.  You can’t trust her at all.  My agent sleeps with one eye open.

Hehe to be honest, given the option, she would be the first to see my boot on her face cause i dont like her at all!

Damonvile Virfortis Hey, gotta get that equality goin ya know?

Rohirrim  Lol!  Love how you got the Kaliyo approval on the bottom right-hand corner.

I ve just learned that I rejected to play in “Good Fellas” movie, and started kicking people..

vicariousfan FF4LIFE Vagrant Zero No the point is is that I’m a fan of Clive Barker and I love his novelella The Hellbond Heart. it’s my favroite and I love it a lot so sue me.

Here look if you don’t belive me: https://en.wikipedia.org/wiki/The_Hellbound_Heart

vicariousfan FF4LIFE Vagrant Zero Yup, that im a fan of Clive Barker and so are millions. Your point? Again?

FF4LIFE vicariousfan Vagrant Zero facepalm… they are all linked together.

So are many, many others. Your point?

Lemmie guess, everyone who like Clive Barker or that novella is a troll? Is that what your saying? Should I be a fan of something else?

I get it, funny your alt never commented since I posted their falseness. Weird huh? Bet he posts now huh?