The bad news for the most recent NCsoft financial report is that once again, profits from WildStar were down slightly from the previous quarter — but this round, even Guild Wars 2‘s profits were down a bit. In fact, sales dipped for all of NCsoft’s big games, and profit for the company was down on the whole, quarter-over-quarter and year-over-year, so the takeway isn’t that specific games are underperforming relative to the others but that NCsoft had a bad quarter overall. Decreased profits are attributed to a lack of in-game promotions with the company’s highest-earning titles.

Of note is that the third quarter report stretches only to the end of September, thus predating both WildStar‘s shift in business model and Guild Wars 2‘s first expansion release. During the conference call, NCsoft said it has been focused on cost-efficiency and expects fourth quarter revenues to improve, referencing Guild Wars 2 specifically. Fans of the aforementioned games should keep their eyes peeled for next quarter’s results. 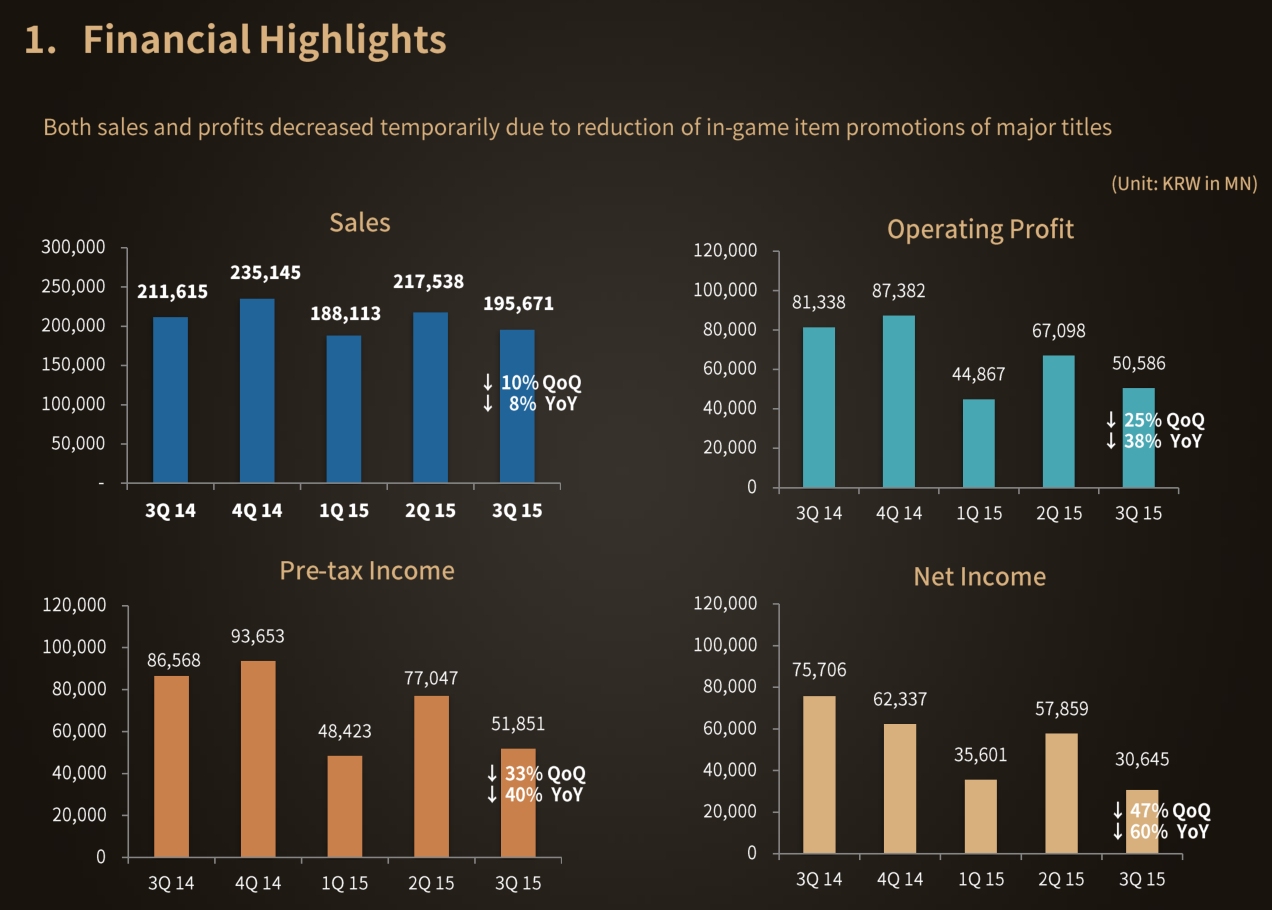 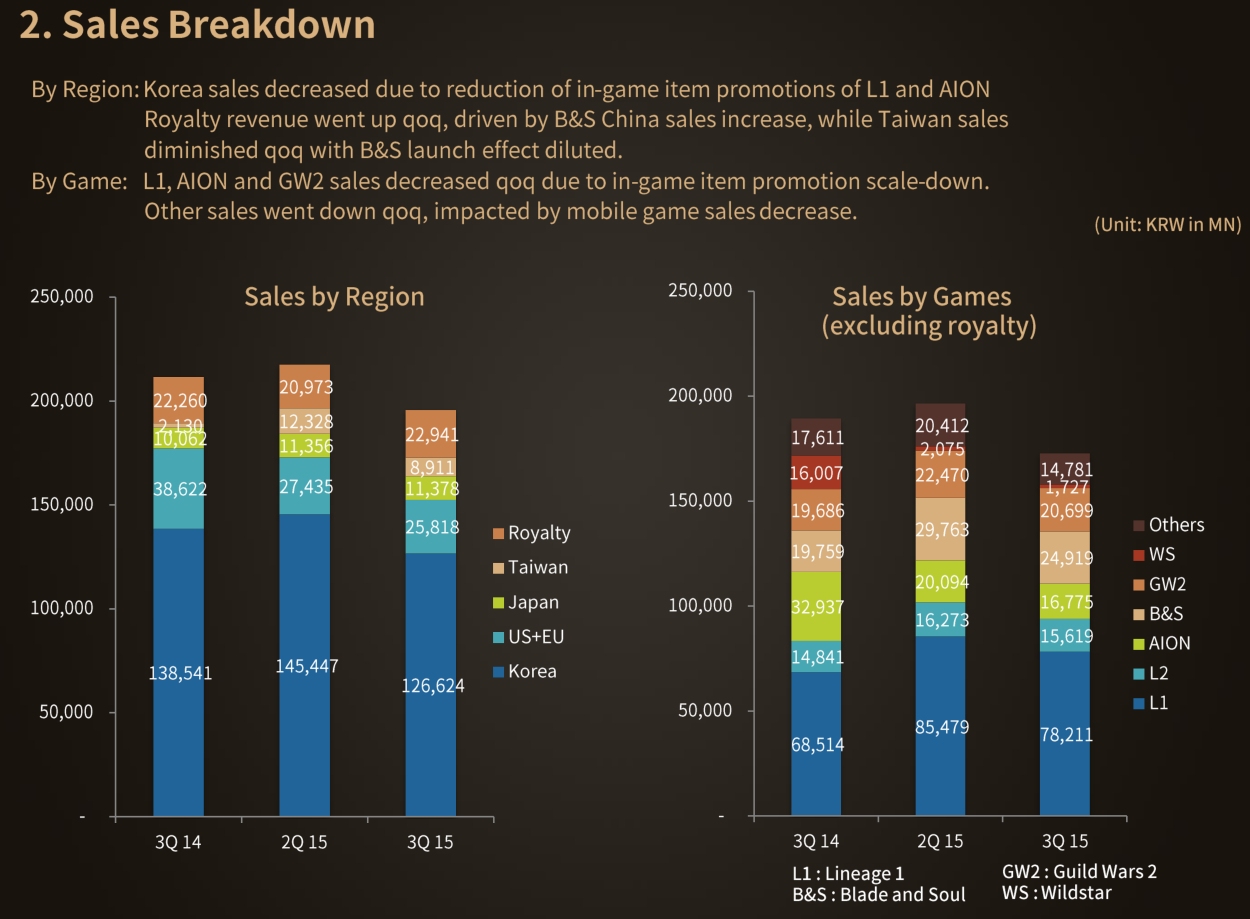 Source: Earnings report; thanks to Carl for the tip!

The sales performance in the North American region would be very much contingent on the Guild Wars 2 and WildStar performance. We had a very big launch impact of WildStar, but that impact has been diluted this year. [Guild Wars 2’s expansion] performance will be incorporated into the fourth quarter results, so the sales trend will be turning into a positive trend.

As for WildStar, at the end of September, we launched as free-to-play […], so after that there has been very active user movement, very very active and conspicuous user movement in WildStar. And it’s a bit down right now and it’s a bit stabilized level, but it has been only one month since this launch, so it’s a bit shorter period for us to have a very confident comment on that, [but] still we are expecting that that will go up, so we will be able to have a significant impact on the fourth quarter. […] We expect sales to increase, definitely.

NCsoft also says that its San Mateo mobile studio has 60 employees of a planned 100. It is expected to “leverage” a new IP as well as NCsoft’s existing IPs.