There’s an expansion in the works for World of Warcraft. That’s not news. It’s the details of that expansion that fans have been anxiously awaiting ever since the expansion was first announced in August. Now that BlizzCon is here, we’re finally getting more details, and just for the heck of it we thought we’d go ahead and liveblog the revelations for y’all. A couple people are probably interested in that, right?

Update: The liveblog is over, but you can still backtrack through the comments and take a look at our recap in the post below. While everyone could watch the opening ceremony, this one is exclusive to virtual ticket holders, so cast your eyes down below and get a look at what Legion has to offer.

3:33: Let’s do this! Alex Afrasiabi is up. Joke about new info coming that hasn’t already been spoiled by MMO Champion.

3:38: Reintroducing the Legion invasion and the Broken Shore — 40-person scenario for Horde and Alliance, 20 per side, working in unison to face down the big bad at the tomb of Sargeras. 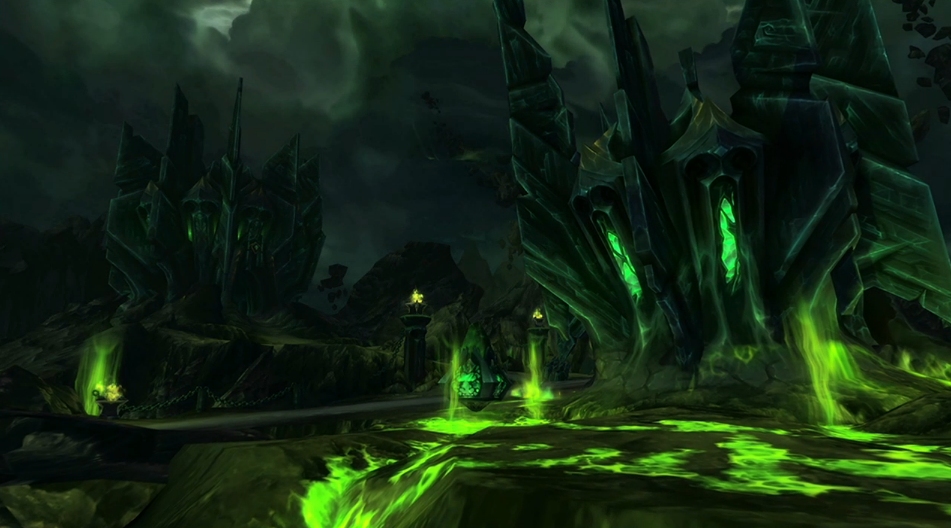 3:46: New trailer showing off some the baddies.

3:48: Demon Hunters will gain their abilities as they kill important baddies. Bit like Death Knights. Felsaber for the class mount! 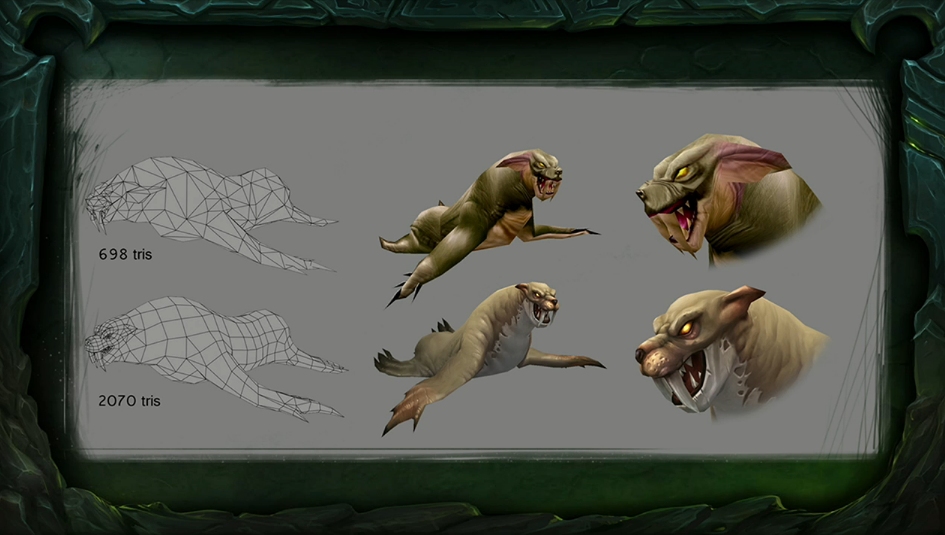 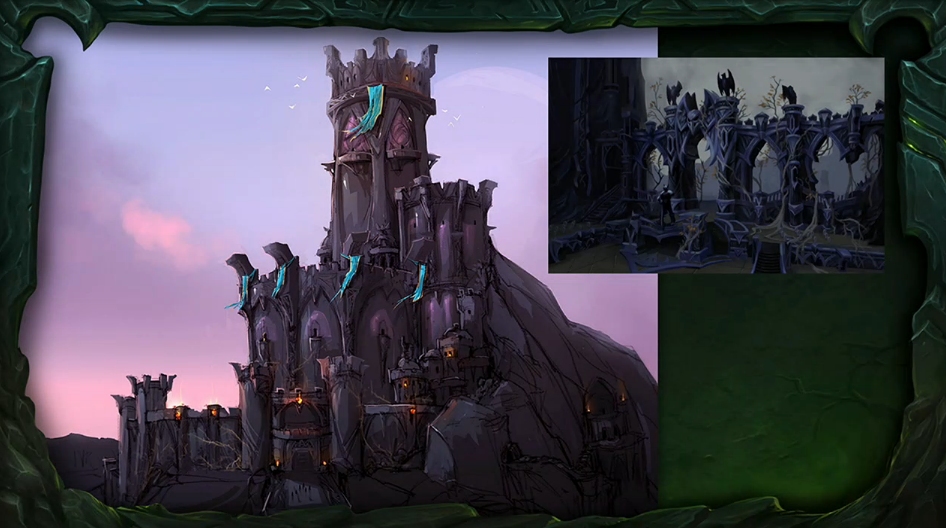 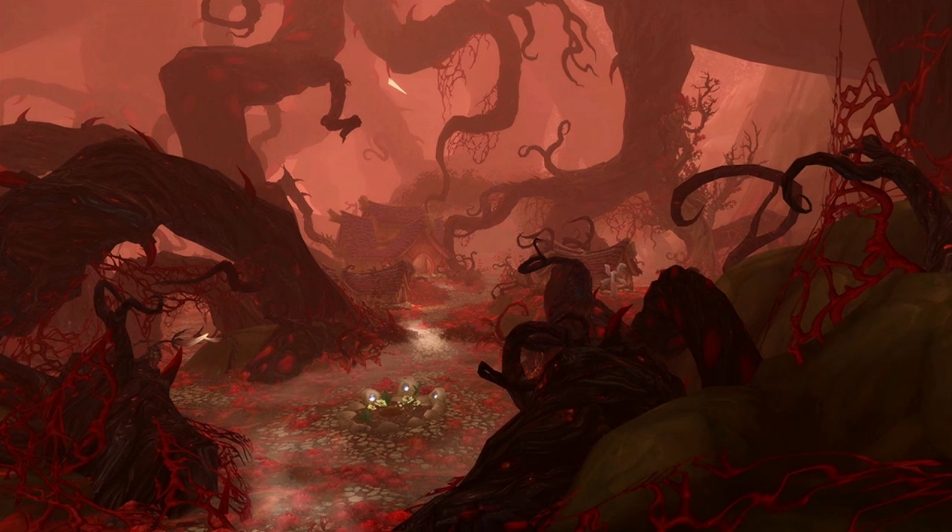 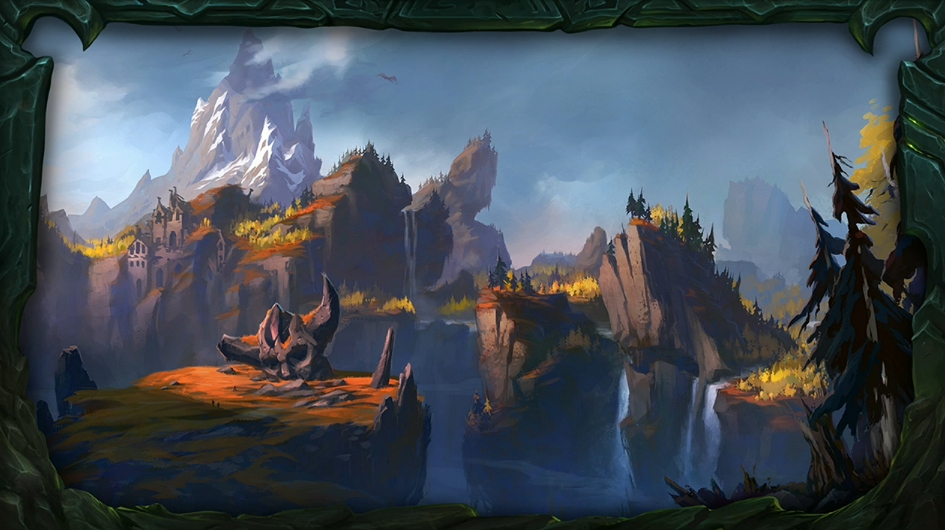 4:07: Azsuna zone. Maps! And check out the new rendering tech and view distance. 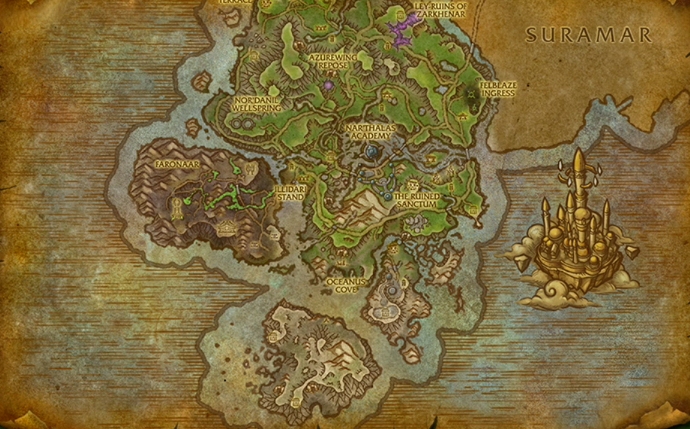 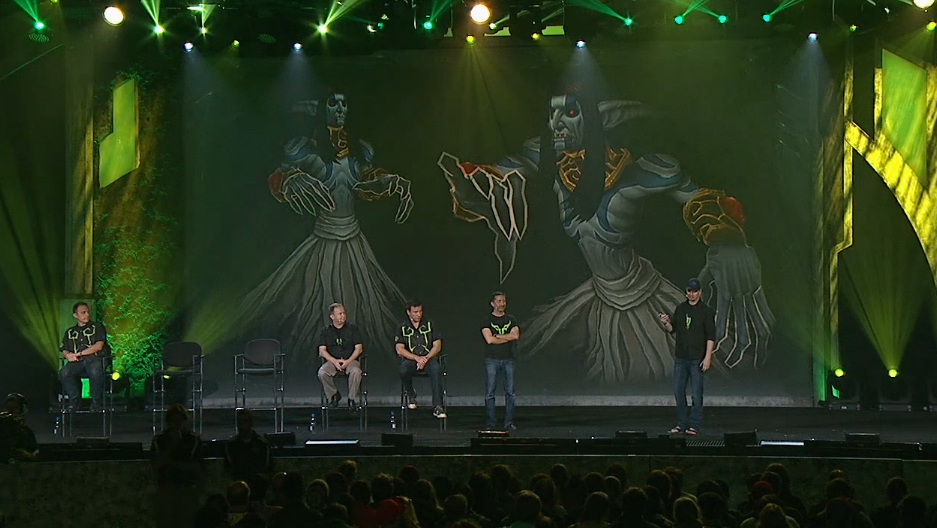 4:18: Highmountain is the home of the ancient Tauren clans. 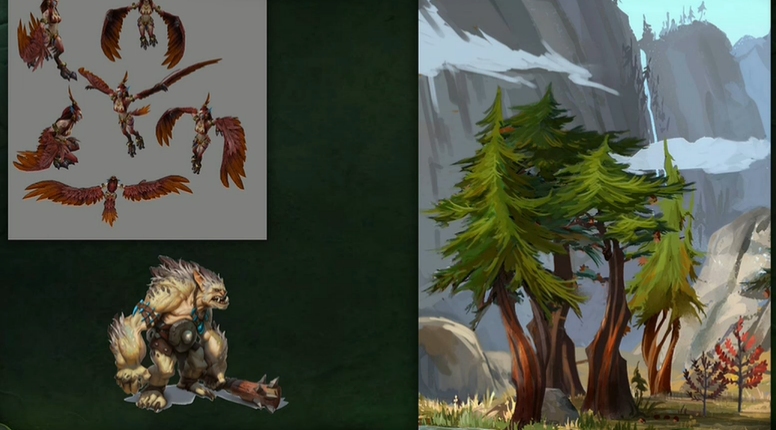 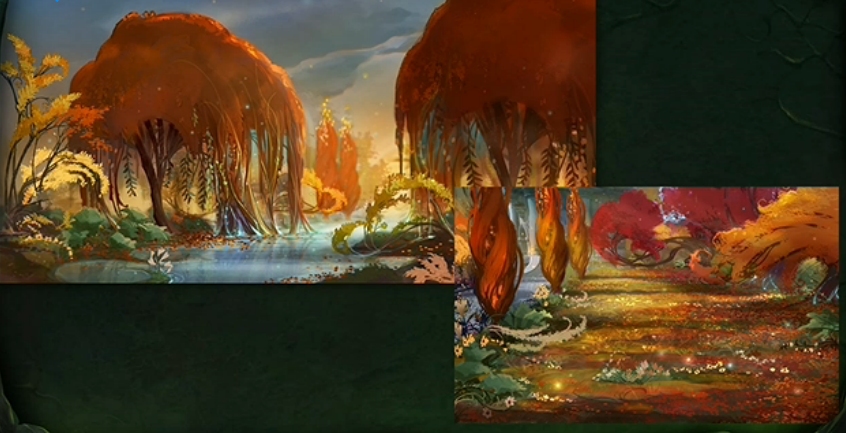 3:26: Ion Hazzikostas is finally getting to game systems! Scaling levels and gears instead of starting in a fixed zone. An open world to explore, no set path beyond ending in Suramar. All four zones scale flexibly. “All roads lead to Suramar.” Level cap is 110. Intended to remove barriers to playing with friends. How? World-scaling.

4:40: Raids and dungeons time. Emerald Nightmare is basically the Emerald Dream — a seven-boss raid. Dragons are back, yo! The other raid is Suramar Palace, a 10-boss raid. “Mini-attunement” for that.

4:47: Dungeons are “at the heart of the experience in Legion.” Can tackle leveling dungeons in any order, just like the zones. There are Five level-up dungeons: Eye of Azshara, Neltharion’s Lair, Halls of Valor, Darkheart Thicket, and Violet Hold. Vault of the Wardens, Black Rook Hold, Helheim, Suramar Noble District, and the Suramar Catacombs are max-level-only dungeons. 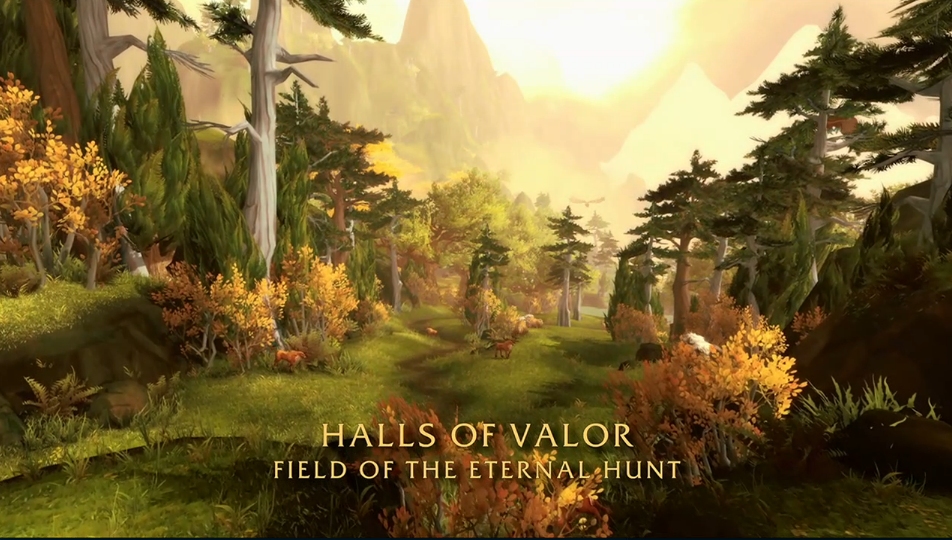 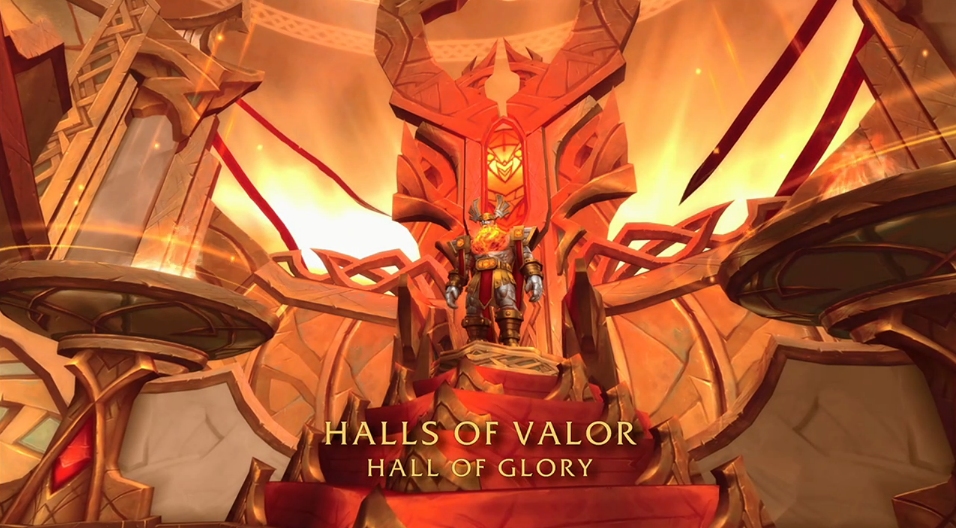 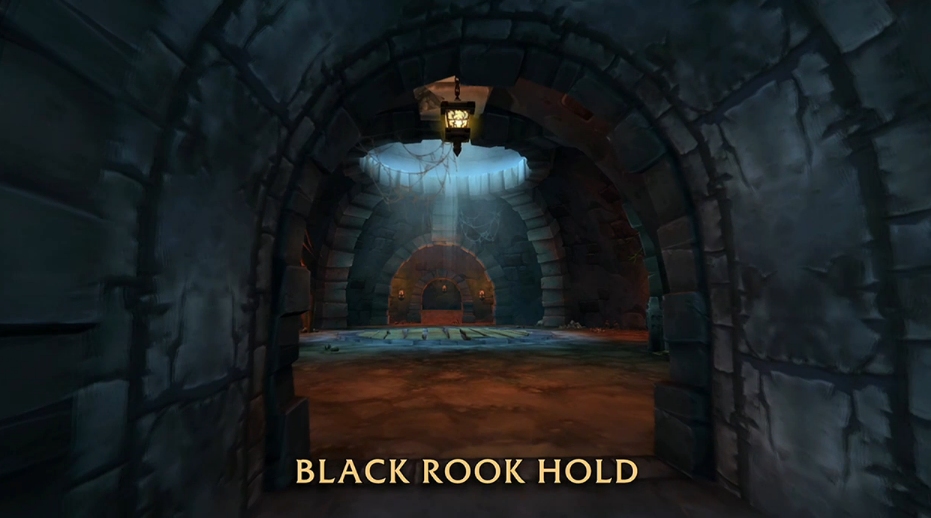 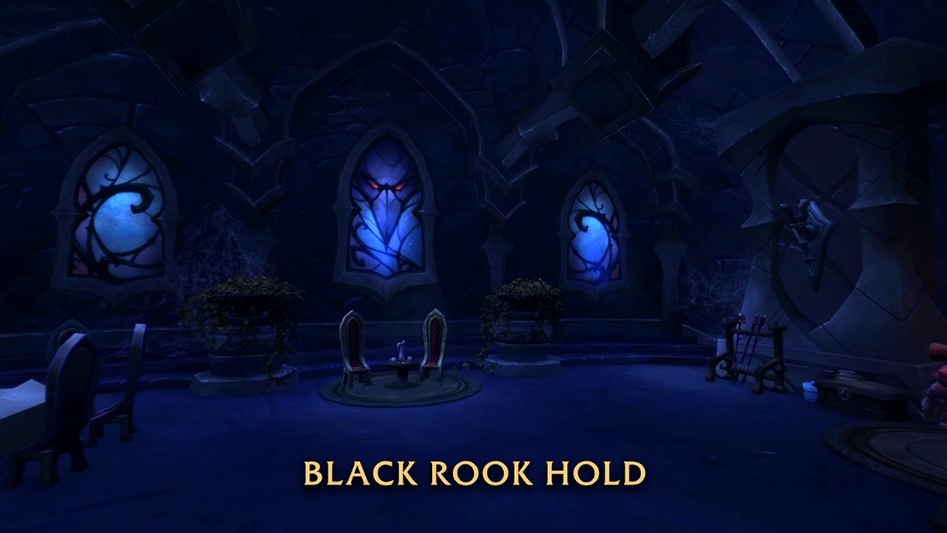 4:58: Challenge mode stuff hopes to keep dungeons relevant. Goals for legion are to have dungeons remain relevant in both difficulty and reward, variation in experience, and avoiding stuff like the Mechanar Problem. The Mechanar Problem is where you pick the easiest dungeon and you run it over and over.

Challenger’s Keystone – you use to start challenge modes. Keystone points to a dungeon, the power level determines the difficulty and reward, and it may also have modifiers. A timer is there, but it’s not a mad dash – beat the timer, upgrade the stone and fight a stronger dungeon. Fail? You still get loot even if you didn’t beat the timer. Scale the dungeon up, not you down. Focus on combat gameplay instead of rushing. Unbounded progression and new modifiers to master each week. Keystone displayed with buffs to dungeon damage, dungeon health, and elements like Raging that really empowers individual monsters at low health. Other modifiers include extra enemies, exploding corpses, periodic DoT effects. Loot chest at the end of the run, jackpot for highest level cleared each week. Meant to be genuine alternative to raiding for progression.

Is this the F2P expansion yet? No? *goes back to sleep*

Rohirrim Oleg Chebeneev  Plus a Q & A will follow afterwards.

Omedon  Something unique to Demonology ‘locks apparently.  Demonology is getting some serious reworks which we’ll hear more about in the Systems panel in about 2 hours and 43 minutes as of this post.

Nyres  Uh, the Systems panel is today, you realize, which is where they’ll be going in depth about classes/systems/etc. in Legion.  Yesterday was an overview.
But you seem to be the super cynical type so I’m not surprised you missed that detail.

Best Warcraft cinematic I’ve seen in a while.  Certainly a positive start.

But on paper both Cataclysm and Warlords sounded good too.

Rohirrim ManastuUtakata Your friend is straight-up nuts if he thinks Australia is not launching at the same time as the USA. We play on the same set of realms.

China, anything is possible. There have been delays before.