OARPG import Devilian’s fourth beta event, War for Nala, kicks off tomorrow and runs all weekend. Wanna give it a go before ponying up for an early access pack?

Trion Worlds has given us 500 keys to distribute to worthy adventurers, and that’s precisely what we’re doing right here in this post. Well, adventurers. Well, you went on an adventure once. Well, you don’t like venture capitalists.

Clicky the Mo button below (and prove you’re not a robot) to grab a key of your own.

Keys are unique and can only be redeemed once per Glyph account. You can redeem your code on the official site by following the instructions: 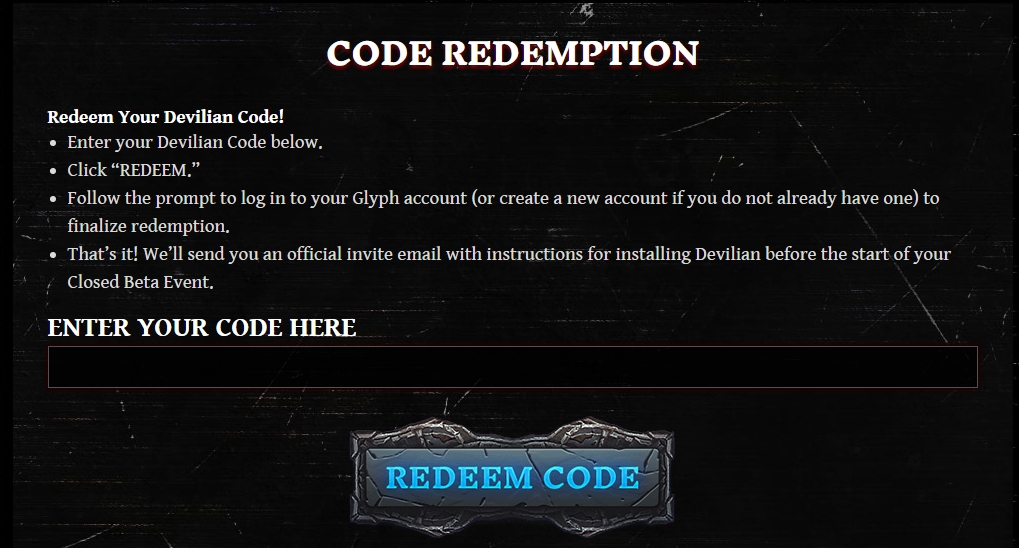 Damonvile Ecchiboy1 Armsbend I linked those because Trion admitted to wrongly banning people. It just took way too long to get things resolved. Instead of fighting for weeks about this I just decided Trion is not a company I want anything to do with.

mmorpg.com 5k still. go get one.

got a key now if only you could dl glyph from their website. Come test our game you cant get at since we fucked up the hyperlinks on your webpage!

Pepperzine Darthbawl Glad to help anyone with this!  I was about ready to rage on my system before I got it to download. :D

Thanks for the key!
Bewbs.