One of my most prized physical MMO possessions is my WildStar rowsdower plushie. It always sits there, looking at me as though it’s accusing me of the world’s ills. And I just have to love it in return.

Reader Weakness sent in this following encounter with a cantankerous beast: “In Auroria, there is a fortress of Osun in the southeast corner that feels like an oppressive war machine as you battle your way through. But just outside a gap in the eastern wall there is a peaceful and expansive field of rowsdowers and their shepherds. The shift in tone was so dramatic, I felt compelled to take a few screenshots before leaving.

“The local rowsdower agreed, and photobombed one of my shots while My Chua, Oswald, was using the cry emote. However I think it turned out to be the best in the bunch! A peaceful moment after a hard fought battle spoiled by an unimpressed rowsdower.” 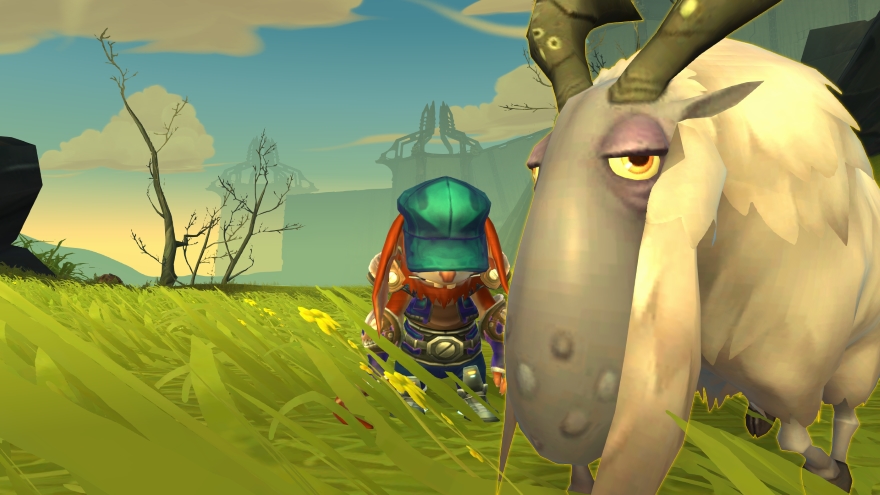 We go from the ground to the stars with this next screenshot, courtesy of reader Khorghast from EVE Online.

“Here I am making quick work of the Blood Raider Gauntlet Battlecruiser in my Phantasm-class cruiser in the Khanid Region,” Khorghast writes. “I’m loving the Crimson Harvest event!” 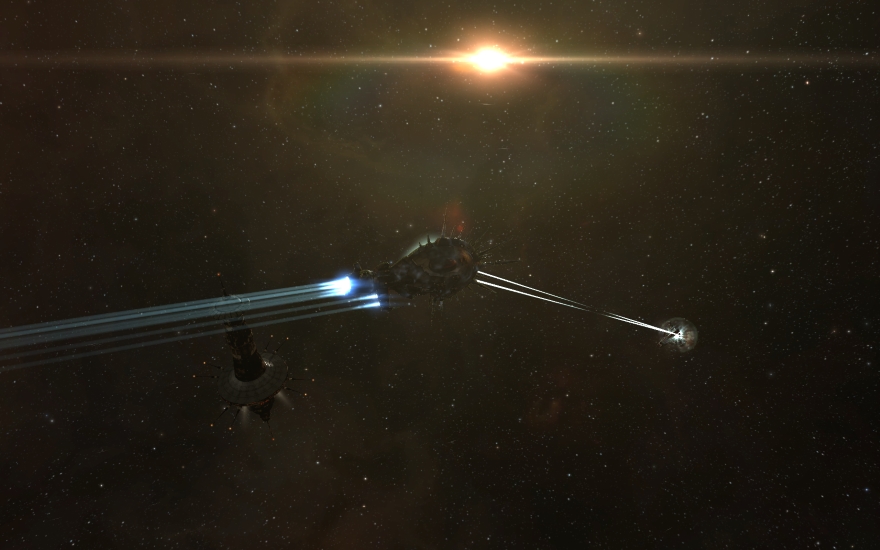 I know you’re excited, man, but not everyone has the same burning passion for the TV Guide as you. Tone it down a bit, will you? Oh wait, you’re talking about an expansion. That makes more sense.

“Guild Wars 2: Heart of Thorns launched and I’m burning through my screen cap key. There are so many beautiful areas in and around the new expansion. Doesn’t help that it also clashed with Halloween. Oh, and that’s the theme of the first screen I have, wearing a male witch’s costume while gliding in the jungle.” 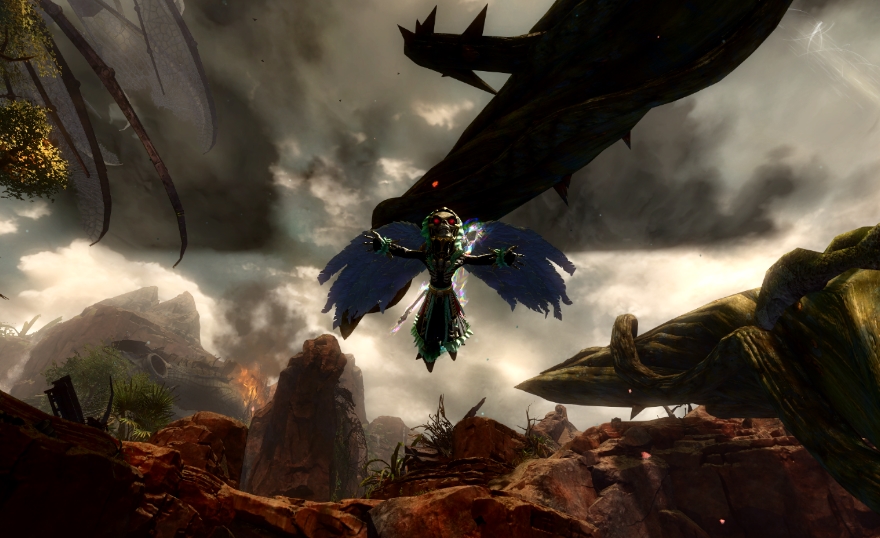 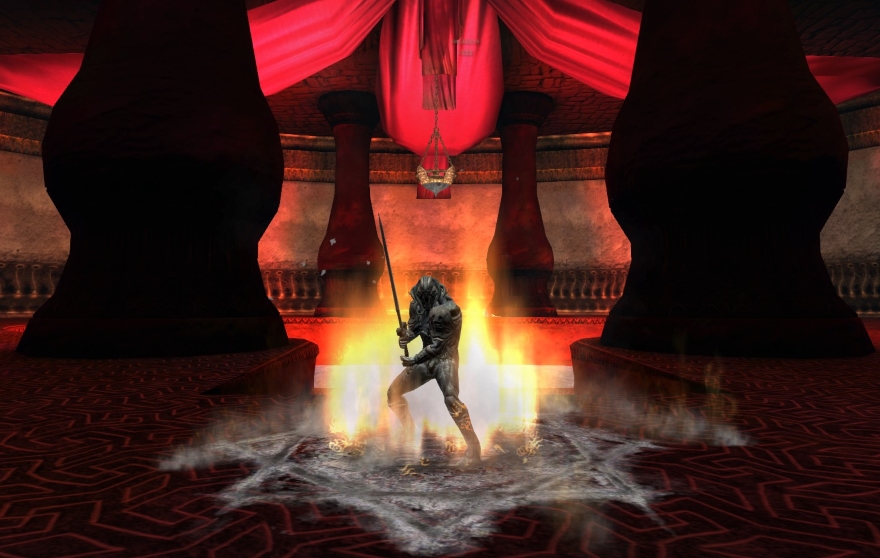 This week’s It Came from the Comments! winner had a pretty amusing story attached.

“This isn’t a screenshot of a game, but a shot of husbands computer,” reader Liandreth wrote. “This is what happens when you walk away from your World of Warcraft and leave the mouse in reaching distance of the baby. He flew hubs character into the lava! 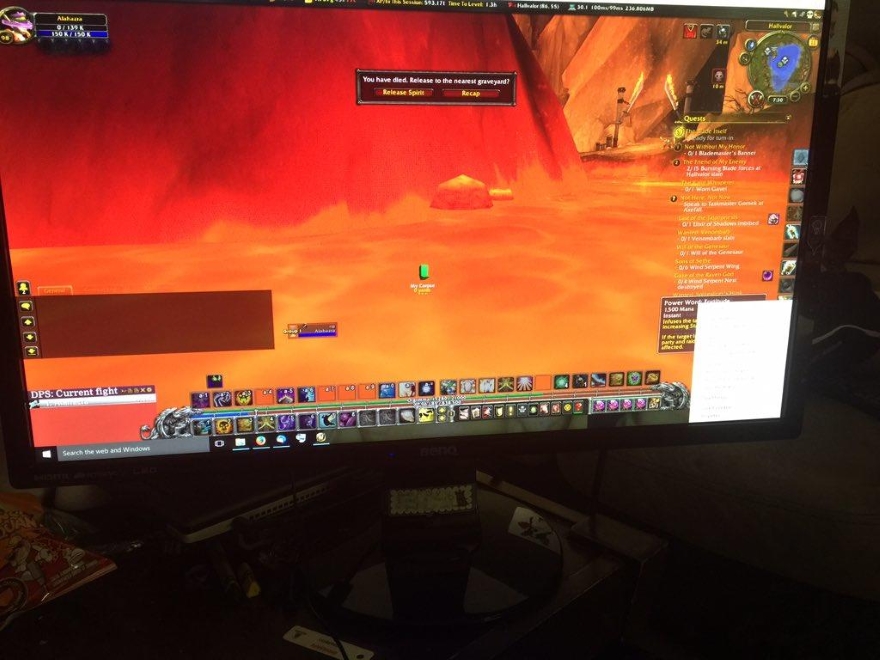 We’re planning a special One Shots column in a few weeks that will hopefully revolve around a holiday/winter wonderland/Christmas theme. If you have or can take screenshots to go with that theme, please send them in ASAP!

ManastuUtakata  Well… there goes my new monitor.  Everything is going pink again.  Might as well hook up my old one. ;)

JudgeDavid101 Keraph I had a challenging but doable solo experience with Chill on my Ret Paladin, so going head to head with a frostwyrm was one of the highlights of my daily quest life.

Keraph Lich King is my most enjoyed WoW expac so far. Chillmaw was a struggle to solo at first, but got easier over time. DK’s who were very OP before the mega nerfs, had no problem doing that at all while I was waiting for my go.

JudgeDavid101 Oh man, thanks for the little nostalgia injection. I think I need to go pay our good friend Chillmaw a visit!

Those carpools can get a little bit ridiculous…

ManastuUtakata I am pretty sure this is gonna end up in some dictionary to illustrate the entry ‘kawaii’ ;)

castyr I’m not much into exaggerated cartoon stuff but I have to honor Wildstars Aesthetics as well. It’s quite a good game, too, but fell to (my) axe because I kinda need to focus on selected titles because my time budget isn’t limitless.