END_OF_DOCUMENT_TOKEN_TO_BE_REPLACED

When you’re dealing with a fan of Final Fantasy XIV, though, you can make certain assumptions about what that person will like. Being one of those myself, I can say safely that what I’d really like is available housing plots and more flexibility in upgrading house sizes in-game. Failing that… well, here are some suggestions about gifts that will not require you catching the ear of the development team and implementing large-scale patches. 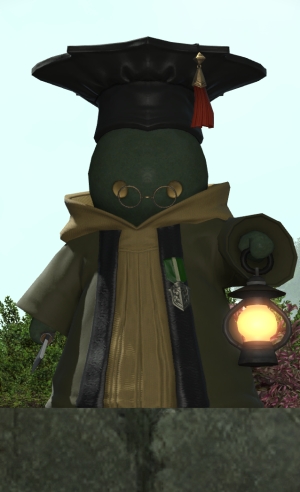 Ah, the plushes. So cute, so soft, so snuggly, so endlessly difficult to find. I make no promises that you can still nab the Moogle Mailman by the time you read this, or the Kuplu Kopo plush. But if you want a rarity that people will be very happy to see, this is it. They’re hard to find, that’s the point.

The Carbuncle plushies are also hard to find and frequently only found as imports, so consider those as well if your favorite player doesn’t have one already. Square-Enix’s official store will often have them and sell out quickly; haunting Amazon for imports and checking auction sites are usually the way to go. If at all possible, try to hunt down the ones that do include codes. Otherwise unavailable pets are available in the game for owners of the plushies, but some resellers will sell the plushie by itself – just as soft and adorable, but providing less in-game benefit.

2. The Art of Eorzea – Another Dawn

I have a lot of collector’s editions kicking around for this game, I have to say, and the fact that each one comes with a small art book is pretty awesome. The big art book is something that I am gently hoping to get for the holidays, although I don’t actually expect it. What can I say? I really enjoy the art behind this game.

I also like the fact that a keen eye can uncover hints about future content and weapons just by carefully scanning the artwork, but that’s more a matter of me loving to speculate than anything else.

OK, so I’m sort of cheating here. This is a gift you would purchase for someone and not actually have for the winter holidays proper. This is tempered by the fact that it is a hooded moogle blanket, and how wonderful is that? There is also a chocobo version available if you prefer birds to whatever the heck moogles are supposed to be, but you can tell where I come down on the issue.

Again, for emphasis – this is a gift that would be coming to the recipient several months after the fact rather than right on time. But it’s a new adorable thing, and it’s slipped under the radar just enough that people may not even know it exists. Something of a coup, there.

This is a rarity because it’s an item I’m recommending that I don’t have, one I don’t have extensive experience with. But I think it’s worth considering because it’s important to remember that not everyone playing Final Fantasy XIV is doing so on the PC. Some people are still gamely plugging away on consoles, and for those situations, you are probably better served by having a keyboard that does not require you to be within USB cord distance to have it work.

Then there are options like the Final Fantasy X/X2 HD Remaster for the PlayStation 4, which is a great gift for anyone who has the console. You’ll need to do a little more double-checking to make sure you’re not doubling up on a title that the person in question already has, but that’s always the struggle.

This one’s only peripherally related, but boy, I’ve had some runs where I could really use some pulls from one of these. Bottoms up.

Ordered a Moogle blanket for my son for his bath.

Madda I haven’t found them to be of middling quality in the least; they’re not going to last for long under the care of a particularly abusive child, but my FFXI Mandragora is holding up wonderfully after nearly a decade, and my roommate’s two moogle plushies are quite well-made. Personal mileage can vary.

With advice to plushies, mind your wallet. They’re a bit pricey for something that’s been reported for having a “meh” quality.

With regards to #3 it should be noted that the chocobo version is actually a Fat Chocobo.  Probably best to ensure that the recipient actually knows the reference so as to not inadvertantly offend someone hehe :-)
Love the moogle mailman plushie and really tempted to nab one for myself … um I mean my niece yeah its totally for my niece :-)