I’ve never had a chance to do an annual “report card” like this for Elder Scrolls Online because I left the game by the time that the year-end report card came around last year. I’m glad to be an ESO player again for this 2015 edition, in which I will focus mostly on the additions to the game made this year. When appropriate, I might call on features from the game that have been in since the beginning, particularly when it comes to general concepts like exploration and PvP.

I like to grade MMORPGs based on the Bartle taxonomy designed by Dr. Richard Bartle to show the motivations of online gamers. Basically, the idea is that if designers keep the principles of the taxonomy in mind as they create a game, it will be well-rounded and attract and keep the maximum number of players. Using the taxonomy also divides the MMO playerbase into four simple but appropriate categories without giving any one group or subgroup undue levels of influence in a game.

Bartles’ categories are Socializer, Explorer, Killer, and Achiever. If you’d like to know where you stand, the original test on GamerDNA no longer exists, but you can find another version at 4You2Learn (our writers took it earlier this year!). I’ll explain each of the divisions as I award the grade.

I play MMOs with a socializer focus, which means that it’s more important to me to play with other people and participate in group activities than to score points or defeat other people. The activity isn’t important; it’s whether or not I’m doing it with friends. Nearly every RPer is a socializer first and foremost, but you’ll find raiders and PvPers in the Socializer group quite often, too. Anyone who prefers human-to-human interaction over human-to-computer will score well as a Socializer.

I don’t want to discount the group finder and guild system that ESO has. It’s generally functional. There have been issues, true, but as game systems, they work well enough for finding a basic group for dungeon content. Also, the multiple-guild system has been a boon for some socializers and a hindrance to others. It can be beneficial for those who like multiple styles of gameplay and their ensuing contact groups, but for those who organize guilds, it can be hellish because members’ loyalty is split over multiple teams.

Unlike some other MMOs, Elder Scrolls Online continues to make the leveling process a single-player experience. I guess by now given some of the trends in the industry, I had thought that ESO would jump on the bandwagon and create systems that encourage players of different levels to easily group together to do content. Until something really comes along that is specifically designed to help the socializer enjoy the game more, I believe that the game will continue to earn only an average grade for socializers as it has since the game’s launch. 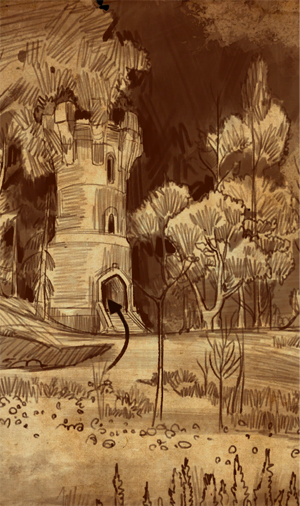 Explorers love to find things that no one else can find. An explorer likes to be the person others turn to when they need to find things. I enjoy exploring, and I like to possess knowledge that few people have. A common thread among explorers is that they like to discover things for themselves. Here at MassivelyOP, many of us consider the ill-fated Star Wars Galaxies to be an explorer’s dream. I’ve seen few games since that are the perfect culmination of points of interest and gorgeous scenery. That game, for its time, would have garnered a top rating from me.

ESO’s scenery is gorgeous, and each addition to the game keeps with the beautiful landscapes. There are plenty of places to explore and exemplary venues to gaze at. However, what keeps these places from getting full points for the Explorer archetype is the game mechanics surrounding their discovery. Anything that is interesting, anything that grants you XP or achievement points, is clearly marked on the map. Although we get some amazing screenshots, part of the discovery process is lost because we clearly see where the cave or other POI is right on the map.

That’s not to say that there aren’t nice-looking venues that aren’t on the map, but those are more happy accidents than intentionally placed there by the developers. But the environmental artists have gone above-and-beyond, and that is why I give exploration a solid B.

I have always taken issue with Bartle calling this group of players Killers. I’ve always seen it more as a competitor and less a killer. Of course, the group is based a lot on a group in older MMOs and MUDs called player-killers, so maybe at the time it fit better. When considering the Killer type, we have to keep in mind two things that they want: pitting themselves against other players and measuring where they stand compared to others in the game.

Elder Scrolls Online has a great PvP system. When I’m comparing ESO’s RvR version to some other games with a similar system, ESO wins as far as I’m concerned. There are certainly flaws, but I believe the balance between attacking and defending outshines the mechanic in other games like it. It’s always interesting and rarely boring.

The Emperor system and others like it show where your group is compared to others. And the Imperial City DLC added a lot to the solo and small-group PvP. Even the Maelstrom Arena in the Orsinium DLC gave Killers something to look forward to despite its being pure PvE.

In the MMO space, Achievers are probably the easiest to please. Pretty much all you have to do is give them a bar, and they will do the thing that fills up that bar. There are a few things that make achievements more interesting, like rewards and hidden achievements. But really it’s all about making a number bigger or making sure all the pegs are in the right slots.

ESO hasn’t done a bad job with achievements. Players seem to enjoy the titles and other rewards earned by the achievements and the like, but there is seems to be nothing extraordinarily special about the system. So I would call it average, but maybe on the good side of average.