Speculation can be dangerous because I tend to be too hopeful for the MMOs that I play. I’ve been critical of The Elder Scrolls Online in the past, but I do like the game, and I’m hopeful for its future too. I truly only want good things to happen to it. Maybe that’s why I’m a bit harsh about it sometimes.

This being the end of the year, I thought it only fitting that I do some speculation about my favorite fantasy game. I did vote this game the most improved in 2015 (although it didn’t win); maybe 2016 will bring some equally important improvements to the game. Let’s take a few moments and talk about the things that we know are coming to the game in 2016 and also what we think might be coming down the pike next year. 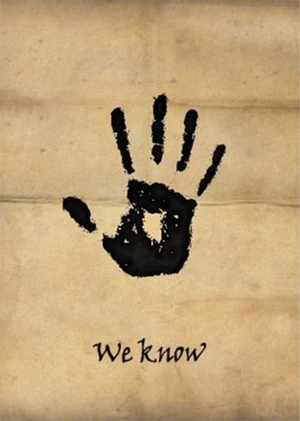 Things we know are coming

I shouldn’t have to explain this to people who have played Elder Scrolls games before, but for those who have been living in the dark for the last 10 years, here’s the deal: The Dark Brotherhood is a group of assassins who have formed a secret guild. Many people consider the Dark Brotherhood and the Thieves Guild some of the most entertaining content for every Elder Scrolls game dating back to Daggerfall. The Brotherhood is a combination of a business and cult.

The Dark Brotherhood and Thieves Guild are usually mentioned in the same breath, but in ESO, it appears that they will be separate DLC, encompassing the first of the year. During QuakeCon this past year, ZOS teased that this guild of thieves, which runs safehouses all around Tamriel, will complete the Justice system and offer its own set of quests. And like the Dark Brotherhood that I mentioned before, it will also have its own skill tree.

I’m interested in seeing how this all plays out, but my biggest concern is whether there will be incentive for others to participate in the opposition to the Thieves Guild. Right now the Justice system is really just another form of PvE, and there isn’t risk of another player actually trying to attack you. I really hope that the questlines end up being a lot of fun, but my true hope is that it will be interesting PvP as well.

Things I think are coming

The second half of the Justice system

As I mentioned above, the Justice system will be rounded off by the Dark Brotherhood and the Thieves Guild. But in reality, we aren’t exactly sure how this will all finish out. We know that there will be questlines from both of those guilds, else these will be very small DLC packs. We are fairly certain the DLC will bring with them new sets of skills. I believe we’ll see three skill sets, one for each guild and a skill set to counter those guilds.

As I mentioned, I am not concerned that there will be a reason to want to be on the other side of the Thieves Guild and Dark Brotherhood. However, if I were designing a system where I knew one side of a faction would be less appealing than the other, I would likely break one of cardinal sin of MMOs and create… an alpha class. Now, I’m not saying that we should change one of the classes to be something super powerful, but it would be very interesting if the new Enforcer skill tree were actually overpowered when it came to fighting those who were flagged as criminals. Of course, the counter to this system would be that the criminals need a better fleeing system that allows them to get away. 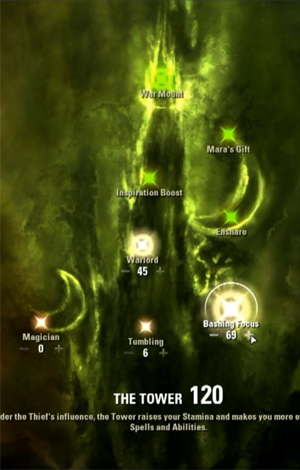 The cat-and-mouse game is what would make this system interesting. Although many might disagree with me, I do trust ZOS to make a very interesting PvP system, but I do hope that we get something other than the standard system that pits my math against your math and the one with the greater math wins.

The end of VR

We have now heard ZOS’s plan for the Champion Points system. In fact, it’s in the game right now, more or less. The plan is for this to finally get rid of the dreaded Veteran Ranking system. But I have a feeling that ZOS doesn’t understand why the VR system was reviled in the first place because as far as gear is concerned, one hated system is being replaced by another. The plan as it stands will ensure that gear requires a certain number of skill points in order to be equipped. I hope that this plan is overturned and that ZOS replaces the number of CP to a specific CP aspect. It might seem like just semantics, but if you’re really wanting to specialize your CP, then there should be some sort of benefit and incentive to do so.

I really don’t have any wild speculation for ESO, other than to say that it would be very interesting if ZOS started mentioning an expansion. I don’t think it will happen, and even if hints were dropped soon, we wouldn’t see it until 2018, if the current track record is any indication of what the future might bring.

What are your thoughts on the future of ESO? What do you think 2016 will hold for the game? Let me know in the comments.

I am Omi Dollars the spiritualist,I am know all over the world. I make different currency every day and night.My business get growth from a legal level of life.
I have been preaching the gospel of get rich and famous quick and flaunting different currencies stashed in fridge, micro wave, suitcase, etc including my juju (oracle) I was named Omi dollars after my coronation because i have help a lot to become millionaire. So are you looking for wealthy life, do you want to keep romancing richness, business excel, rituals, protection,bet, brotherhood, command ring,Make money in all ramification i can help you become a millionaire with my juju (oracle) if you wish to become a member of our brotherhood.
Never take council from the realm of poverty if you want to live in the realm of wealth.i will give you a spiritual help to help you become a millionaire. i have render this help to a lot of millionaire,you have to know this secret too. Don’t let poverty take over you, neither your problems say it out and you will get solution for that problems.i have help a lot of people so don’t keep yours secret,Don’t hide your problems, say it out and it will be solve,if you have anything to share with me feel free to leave a massage. Meet Omi dollars today and let your problems be solved.email: omidollarspiritualist@gmail.com

Are you frustrated in life. What type of wealth do you want? Today the lucifer has order us to bring member to his kingdom. Are you tired of poverty and now you want fame,power and riches.Our magical powers are beyond your imagination. we could do magic on your behalf regarding , your financial situation, future events, or whatever is important to you. we have the power and we use the power. we are illuminati, and we could change the course of destiny. Get to us and we shall help you. Tell us what it is you want and we shall go about our work. Is it someone or something you desire to have? Do you want wealth(Want to grow your bank account?, Need funds to enjoy the good life? Tired of working hard and getting now here?) or happiness? the most power society welcomes you to illuminati.. contact illuminati initiation home Send us your most important desire and we shall work our powers in your favor. When filling out the online order form, be sure to tell illuminati what you want! contact us via email: illuminategodfather@gmail.com

I started playing this recently. I tired out their free weekend and bought it instantly. When it launched i saw Angry joe’s review and a few others and that was enough not to even touch it but wow i was impressed during this free weekend recently.

Now i am playing and im constantly thinking how amazing this gameworld would be with a VR headset (no pun intended).

nameistake12 jnewington Although Elder Scrolls has been a single player game for decades this
one is not. It was strongly marketed on the Cyrodiil gameplay and I
know numerous people who only play for this reason.

If you want a single player or PVE game there are many way
better examples out there however Cyrodiil, without the insane lag, can be an
unbeatable experience.

All I want is the promised spellcrafting system. Main thing that stops me playing this game is that I hate the current classes and skills.

woolydub Guild stores were always a dumb idea. Instead of joining guilds because you want to be part of that social circle, its so you can sell crap.

rottenrotny Doubt it considering they avoid P2W systems more than just about any other MMO I can think of.

Kaiser Sosey Greaterdivinity Archebius I started out playing on PC then switched over to PS4.  Enjoying it more on PS4 especially with the controller and UI designed for it.

I wouldn’t be shocked if ESO is the ‘best MMO of the year’ for 2016 with the current rate of fixes, content, and overall improvements being provided by the developer.

The Daily Grind: How grown-up do you like your MMO graphics?

The Daily Grind: How grown-up do you like your MMO graphics?