END_OF_DOCUMENT_TOKEN_TO_BE_REPLACED
It has been quite a year for ArcheAge. As you look back over the past 12 months, you certainly can’t say 2015 was uneventful; from content to controversies, something was always happening with this sandpark title. Not a month went by that didn’t have some good, some bad, or even both! It was always a roller coaster ride!

The year started with a new man helming the operation: Marv Lee Kwai became producer. In his January Producer’s Letter he stressed that the devs were listening to the community. He also outlined issues that were being addressed while laying out a plan for the rest of the calendar year, saying  “a multitude of positive changes on the horizon.” One thing he promised was better communication, stating, “One of our top goals for the New Year is to be more transparent when we communicate with you. It is our intention to fix a lack of information or detail, starting now.”

How did that plan go? Let’s take stroll down memory lane and see. 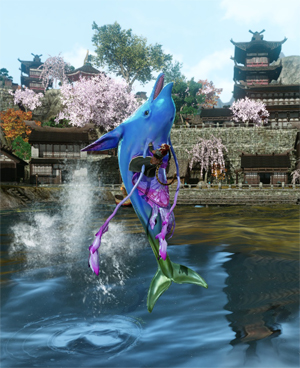 Weathering the winter storms and springing into action

While January started with promise (and land expansion certificates!), February came crashing down — literally. The North American servers suffered quite a bit of instability when the game weathered a DDoS. Other than that, winter was fairly quiet. That all changed come March.

As spring began, ArcheAge sprung into activity. March might very well be called the game’s busiest month; quite a bit happened in those 31 days. First it saw the Secrets of Ayanad update deploy on the 10th, adding more levels, skill points, and new powers along with opening new areas in Auroria for new end-game content. Additionally, the amount of XP needed to level post-50 was adjusted in the players favor. Besides all that, the sandpark finally made it onto Steam. Those are the good bits of news. On the opposite end of the spectrum, there was Dolphingate. Yes, people really called it that! As a way to entice former players to return, they were offered a package of gifts, including a rare dolphin mount (that was only acquired as a rare drop from a major dungeon boss). As you might imagine, current paying customers felt a bit miffed at said generosity which appeared to snub their loyalty. In the end, Trion apologized and offered anyone who had ever subbed to the game at any point their own aquatic mount.

Though revealed in March, a much needed and appreciated change didn’t kick in until April: the increase to patron benefits. Those who paid for their subscription, either directly with cash or by using the APEX that can be bought with in-game gold, would receive the same 10 labor every five minutes regeneration rate whether on or offline. No more hordes of AFKers! Of course, free players still could only gather labor while online, but it did go quite a ways toward making patron status feel valuable (besides the whole land-owning thing). U daresay the labor change pretty well overshadowed the introduction of the gliding Pegasus mount that could be used to dive-bomb ships.

The good news seemed to keep coming in April for the game as Linda “Brasse” Carlson, well-known and well-liked by the community from her SOE/Daybreak days, joined the studio. The at the end of the month, sea-focused Dread Prophecies update unloaded a bunch of new things on players. This patch brought ship customization, improved nautical physics, unleashed a new kraken encounter and world boss ghost ships, introduced the PvP-focused Mistmerrow and PvE-focused Golden Ruins zones, implemented an achievement system, added more to farming, and put more housing in Auroria. Speaking of housing, it was removed on Freedich Isle to fit in with making that isle more PvP-centric. You’d think that Trion would be really careful about messing with housing after all the hullabaloo that has happened over the course of the game, from the launch and Auroria land-rushes, the land-hacking, and more. Granted, very few players were impacted by the removal (there were very few plots on that island) and they were compensated, but messing with housing at all has never worked out well for the studio. People are attached to their digs!

By May, a fresh new pay-to-win argument spawned on Reddit. Perhaps to not be left out of the rash of overzealous moderation that were cropping up on subreddits, the moderators on the ArcheAge one declared that everything discussing pay-to-win would be instantly removed. Anyone familiar with the game knows that many conversations touch on that topic! An apology was soon issued by those mods, but messages were still deemed spam and filtered out if the discussion involved the p2w nature of ArcheAge. May also included an honor exploit that resulted in some obtaining impressive ill-gotten goods to pad their gear out; Trion gave short bans for what it deemed as lesser infractions and permanent bans for those who were really milking the exploit.

What could make May even better (/sacasm)? How about the first declarations of server mergers that weren’t mergers. Yes, now players had the fear of land loss eating away at them.

The summer of our discontent (and some content, too!)

Summer started with content in the form of a massive leviathan in the Devouring Depths patch. June also confirmed that a new land rush was inevitable in the not-really-a-merge server merges. To say players were not happy would be a teeny bit of an understatement (though it was nothing compared to how they felt after the compensation package was announced!). Basically, no one was merging onto an already populated server, but everyone — with the exception of a couple higher populated servers — would be uprooted and moved to a new one. New evolution servers that only allowed newly created characters.

A potential positive at the end of the month, Seraphina Brennan also took over the community manager post, replacing  Evan “Scapes” Berman. It’s not a far stretch to say that some players hoped the change would improve relations with the community.

July saw another massive exploit — this time involving manipulating skill queues to create instant kills. Trion’s response to this was to disable skill queues. On a happier note, the studio announced it improved the RNG, increasing drop rates for much desired items, as well as assured players that the team amped up its war against botting and hacking. Brennan offered the statistc that bot banning increased 300% in two weeks.

August also saw the announcement of a new ArcheAge mobile game, though we didn’t learn much more than it will use the Unreal 4 engine.

While it didn’t impact NA servers in any way, September was the month when the game was slated to launch in China. What did impact the NA servers — and very much so — was the release of ArcheAge 2.0. Here is where whole populations were forced to land rush again after days of being offline (which resulted in more compensation packs); every player on affected servers were placed in starting zones and had to fight both lag and other players to get to housing plots to stake their claims. And if that wasn’t bad enough, players found that compensation for being landowners was the same whether they owned tons of properties or one tiny garden. Yes, 2.0 introduced a ton of new features and content, but when chunks of gameplay depend on land, and some people lost lots of lots, there was understandably quite a focus on this aspect. After all that, September still wasn’t over. Trion raised eyebrows with a $250 store pack filled with much fluff. Then came the castle construction bug. Welcome to fall! 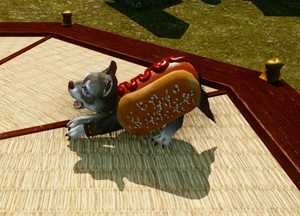 October hit the community with a new controversy. While many players cheered the new practice of banning players for blockades, others decried it was removing a viable game-play style. Perhaps the brightest moment of the month was when ArcheAge Korea celebrated its 1,000th day of being live.

Considering the rest of autumn, players were thankful for November! Adorableness invaded ArcheAge this month. Many games have festivals, often involving holidays. For fall, however, ArcheAge introduced one with a new spin — it happened to prey on the pet-addictions of players. Called the Pawesome Autumn Adoption Festival, players had the chance to collect cute pets and try for some even cuter costumes. I swear this event pulled people back in like almost no other thing throughout the year!

Perhaps as a Christmas gift to players, December has been relative quiet. Aside from the Winter Maiden festival, there hasn’t been too much going on. Perhaps 2016 will start just as relaxed… We will just have to wait and see.