This guest Soapbox was commissioned through Massively Overpowered’s Kickstarter campaign and is authored by D. Emery Bunn. The opinions here represent the views of our guest author and not necessarily Massively OP itself. Enjoy!

Gaming media is broken. “Honest reviews” can come off like a sarcastic jab, especially with massive site-spanning advertisements mere pixels from the reviews themselves. Add in the lure of exclusives, and “fair and unbiased” sounds like a joke to many.

But gaming media and the industry it covers aren’t broken from some form of malevolent hatred and a greedy desire to part gamers from their money. Regrettably, three things combine to create an environment where criticism can destroy a media outlet entirely, even when criticism is a vital part of journalism itself.

Take a look at your average gaming website these days without AdBlock on, and it’s clear that displaying advertisements is what’s paying a good portion of the bills. Some sites even ask you to turn AdBlock off. Small, wonder, with marketing budgets covering everything from banner ads to TV ads to publicity stunts.

And that’s not a problem, really. Ads are a business reality, and they do help pay the bills. Plastering banner ads of the latest blockbuster to ship is par for the course. 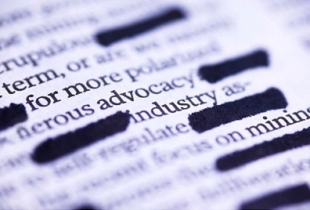 The best place to put game ads is on game websites: the very same place those games are reviewed. From a publisher perspective, having spent a bunch of money advertising a game only to have the review be anything less than glowing feels like a bad return on investment.

Many gamers know this, and it can be easy to assume that reviews are carefully veiled advertorial pieces themselves. Ads have to be bought, so angering the buyers by panning their games is a bad idea. Gaming websites have to toe a line between being honest and proper journalists and not alienating their chief revenue source.

Gaming websites are also, unsurprisingly, the best place for exclusive content related to upcoming games. Previews, interviews, early review copies for day-one reviews — the list goes on. Gamers go to gaming websites to find out the latest, hype themselves up on their favorites, and potentially read reviews to decide what they’ll buy. Publishers know this; marketers know this.

But all these things are given because the publisher chose to give them. Chaining back to that return on investment perspective, if gaming websites don’t use all of these exclusives “properly,” marketing departments can decide to pull the plug. Or to be more direct, blacklist.

This happened to Kotaku recently. Though the precise causes are unknown, two publishers decided to blacklist the site (in fact, reading that story is what got me to thinking in depth about this topic). Kotaku didn’t “properly” toe the line and was punished by being denied the same sorts of exclusives that other, competing sites got.

Journalism, and the media it creates, is all about producing something that people haven’t seen before. While this can mean unique opinions or deep-digging analysis, far more often it’s “the exclusive,” or “the latest.”

This is definitely true in gaming media, where new games, and the resulting reviews, happen all the time. A media outlet without a day-one review is behind everyone else, especially if the game is a blockbuster millions are looking forward to. Why go to a site that is five days behind the curve when you want to know now, on release day, whether it’s worth getting?

Without the allure of the latest news, a site has to have other draws to have people show up, view the ads, and pay the bills. For massive, well-known sites this can work, but for smaller outlets the inability to be on top of the news curve is a death sentence.

Gaming media know this. If you’re a small outlet, or even a big one in tight competition with others, losing exclusives is a really bad idea. It’s better to nitpick some parts of a blockbuster game and rate it high than to bomb it for not being as good as others of its genre. 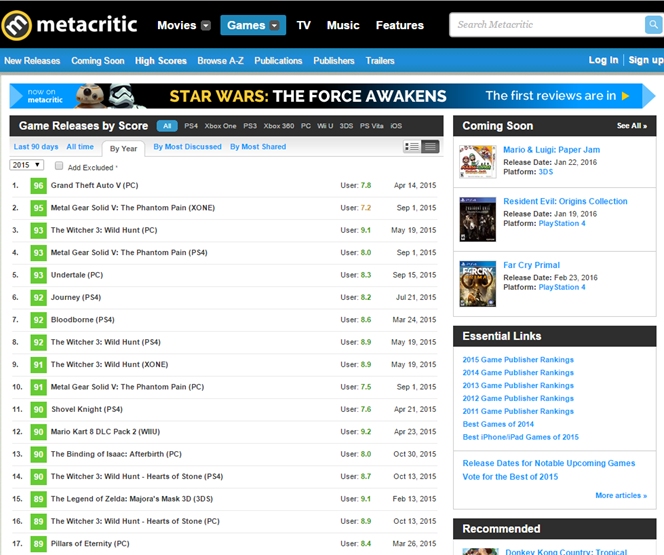 Metacritic is littered with extremely high critic review scores for nearly all of the “must buy” games this year. While some have truly been very good, it beggars the imagination that all but a few are near-perfect.

Criticism, of which reviews are a part, is difficult to do when it’s the equivalent of shooting yourself in the foot. Disagreeing with game industry practices, or denouncing extremely bad games, gets pushed off of the biggest outlets, and onto places where keeping the lights on via game ad revenue isn’t a concern, if at all.

Critique and the common man

Avoiding the blacklist creates soft opinions and unmentionable topics. Criticism, a vital function of journalism, can’t flourish in the face of the current environment. The economic incentive isn’t there. You can’t fault gaming media for wanting to stay in business.

But critique improves games. Even the most wildly inaccurate criticism can reveal the perception of a particular gamer and illuminate ways to address that perception in the future. It isn’t easy to hear, especially with how much time and energy is spent on a game by developers, but the alternative of no criticism doesn’t make good future games. An industry without criticism is one that stagnates and eventually collapses.

Gaming media should be the best place to field critique. Thousands of people go to these sites on a daily basis, creating a fertile area for discussion and ultimately better critique for developers to use. But with the current state of affairs, gaming media isn’t in a position to do that. Exceptions exist, but those prove the rule.

Critique needs a place to live, unaffected by what publishers do. Right now, that’s in isolated, easily-forgotten places like social media and blogs. I believe we can do better. Here’s some possible solutions for each part of the game industry:

What do you think? Is there another way out of this mess?