Yesterday’s release of the standalone character creator for Black Desert has prompted the internet to play dress-up dolls en masse, some in the service of winning the ongoing contest and possibly pocketing a closed beta key and a stack of cash shop currency, and some in the service of pure trollish insanity and/or exploration. This guy is clearing gunning for the win.

More below… some NSFW!

Polygon decided to build Bart Simpson because why not.

This one’s meant to be Donald Trump.

Twitter user @ank_wobl made a valiant effort to explore the game’s boob sliders. You know, for science. 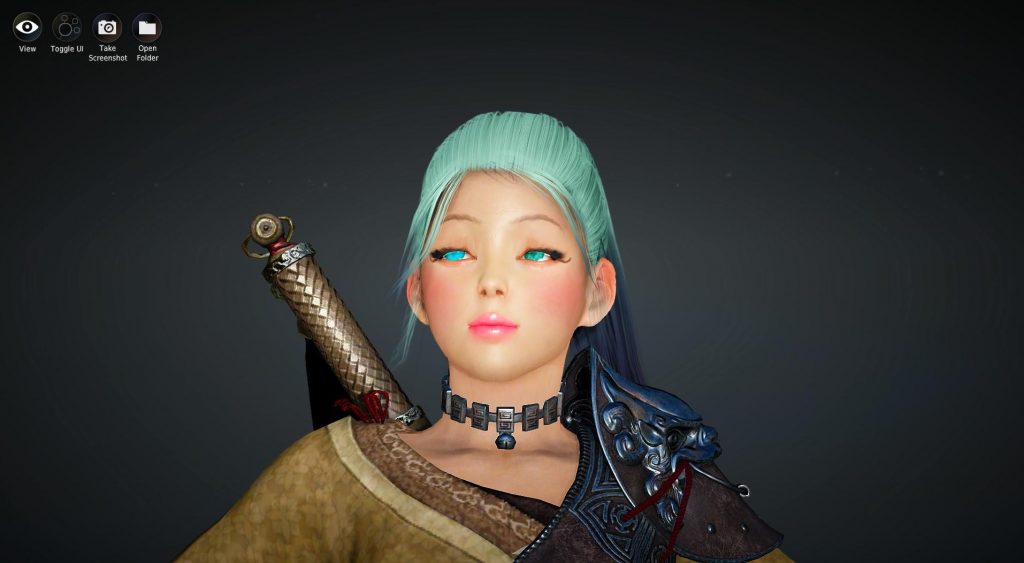 Now, some testers have complained that the character creator is detailed but doesn’t allow the freedom they hoped for, even above and beyond the gender locking of the game. “All classes provide a handful of preset faces that force you into a specific overall look,” explained Massively OP commenter MatthewYetter. “Warriors are all young men. Wizards are all old men. You can do lots of things within that stereotype, but you cannot deviate from it by any method. I was already waffling about whether to be interested in this game but their character generator has actually killed it for me.” [Emphasis ours.]

“It is too blunt to create characters that really look like someone, or that look exactly the way you want,” wrote MOP community member melissaheather this morning. “I was making the elf archer of my dreams, all was right with the world, until I discovered I cannot have brown eyes. They can be reddish, grayish, but not brown. They can be pink, purple, green, etc. out the wazoo, but they can’t be the eye color of 3 billion people on this planet.” Still, she says, “I don’t mean for [that] to be negative. I’m just coming to grips with reality vs. expectations. The avatars are amazing looking. I will be able to make something I am totally happy with.”

Players are already speculating that the game might launch in March based on the end date of the contest distribution.

Source: Character creator, Reddit. With thanks to ArborTrafalgar, DeadlyAccurate, and melissaheather!
Advertisement

Leilonii Line with more hugs There is a target lock but you can still dodge and avoid damage by circling around and kiting a bit which you cannot really do in most traditional tab target. Black Desert also isn’t fully out of that kind of thing as some monsters do have lock ons and the like. (The first monster you summon for instance has stuff you can’t really avoid unless you block it etc.

camelotcrusade You can actually change the body types around pretty well (though they REALLY need a head size slider particularly if you make a thicker female)  I mean you aren’t going to go full on fat or skinny as a rake, but you can get a good variation of differing body types.

Pashgan Diff colored eyes aren’t really a fantasy thing as it is a real thing called https://en.wikipedia.org/wiki/Heterochromia_iridum or just https://en.wikipedia.org/wiki/Heterochromia_iridum if you want to not use the full name. That said you can do some fun stuff with the eyes in black desert because you get control of pupil, iris color, and then the color of the actual lens of the iris as well as the iris pattern. It is actually really nice what you can do when you start mixing stuff and you can get some freaky looking results like mixing red lens with a green iris gives kinda interesting results.

confectionally Just how thin / non muscular are you trying to make them? I wouldn’t exactly call the warrior a “beefcake” on his thinner side. I’d say it’s slightly above a full on athletic build arm wise, but the body can get thin and “fit” looking if you mess with it. Something like the image below is possible on a thinness scale which would be about akin to Brad Pitt/Ben Affleck styled (particularly fight club ./ mr and mrs smith for pitt). Are you trying to go more for someone like Loki from the avengers or and if so there are going to be more lithe like male character designs eventually when things like the blader or assassin hit.

Bluetouchpaper Yep tamer is still rather small chested compared to the other classes. There is no real breast change for that class at all really.

Craywulf The hair is going to prevent you from playing the game? Sorry but i gotta have a chuckle there…..

Winterskorn No it is about the same amount of depth. People may not be utilizing everything that is there and there are a lot of generalized options that are kinda nutty. The one that says someone is playing with the boob sliders is a little off cuz it was someone just jiggling the character around.

Tongle This is a bit of a misnomer. You are sort of playing a “character” vs a class even though it is setup like a character. The classes are also “race” locked by that same account. That said they are trying their best to make counterparts of each gender that actually feel a little bit different. Valkyrie and Warrior for instance are both tank archetypes ( a valkyrie being male would be kind of asinine just saying >_>). Valkyrie is more akin to a paladin vs warrior which is like a warrior. One uses divine magic and buffs and is the tiniest bit more defensive and the other can rail combos and the like. The Valkyrie is more elegant moves and the like and all that. So they serve the same purpose, but play sort of different.

That said I think giving the “classes” names instead of a class would of  probably gone over a little better and made people think Vindictus as far as the character idea goes which is basically what happens here (you can customize your evie, fiona etc in vindictus)

Bluetouchpaper You can’t do all that much with the Tamer chest wise though I haven’t played with the character creator since CBT1 for tamer but it was a complaint i heard some people have that I looked at. So anyone playing tamer is very likely to be on the more small side breast wise.

The Daily Grind: Should international MMOs have global servers or regional...