This week marks a small change-up in how we do things here at One Shots. Prompted by a suggestion from one of our readers, I’ll be incorporating more screenshots submitted in the comments into weekly posts (in addition to emailed ones, of course). Feel free to get your picks in either way!

Our first shot comes from Reeseracer, who gives us a first glance of Naval Action. “In this photo, I’ve regained the weather gage and am now in pursuit of a Spanish cutter. Giving chase under more favourable conditions meant I was eventually able to damage his sails significantly with several chain-shot broadsides, limiting his maneuverability. I then tacked, crossed his stern twice, and decimated his crew with grapeshot from my six-pounders. A short boarding action afterward — and I had my prize.” 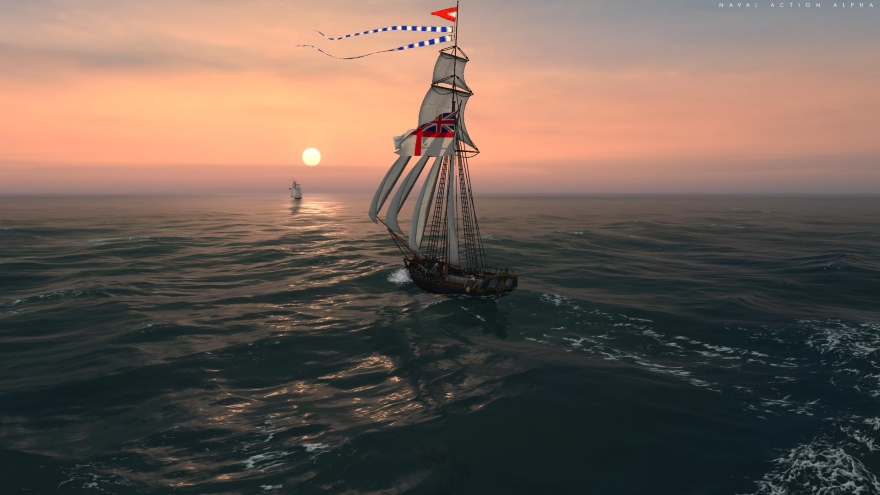 Ever make a real journey in an MMO? Ryuen did recently in World of Warcraft.

“Here is my Paladin kneeling at the grave of Uther, having reached the end of his pilgrimage that started in Stormwind,” he posted. 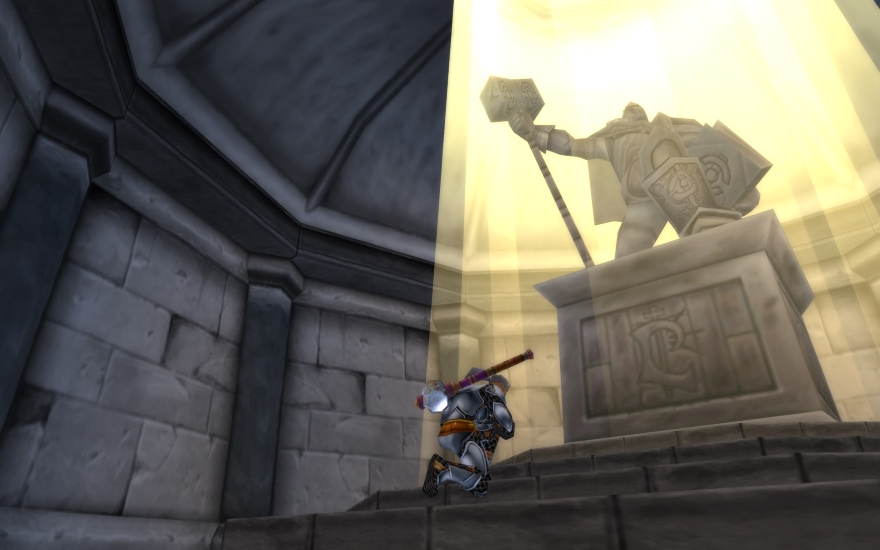 “This shot is my Blade Master Yage in Blade & Soul standing in front of a giant stone bird monster that flew me to Mushin’s tomb towards the end of the second chapter, the whole sequence was insanely awesome and left me feeling like this is more than just a silly kung fu booby game,” KirkSteadman wrote. 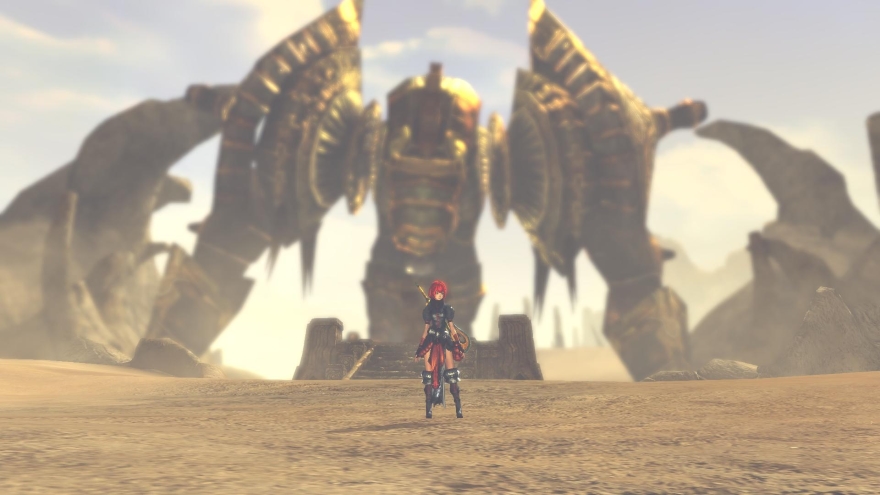 Could you come up with a better caption? 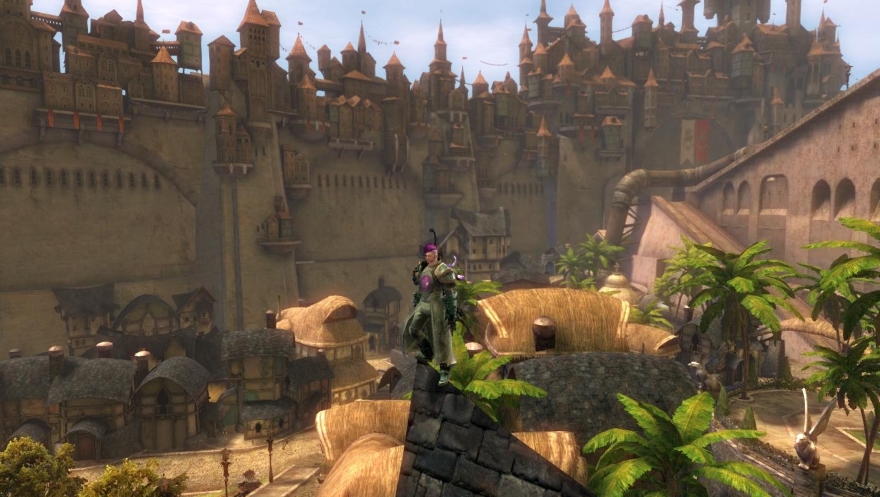 “I’ve been having a blast playing The Division beta with guildies despite there being only a small slice of the overall content in the game,” Deekay_zero wrote. “One of the cool things is that not only can you help random civilians by giving them a food item or medkit, they will reward you for doing so with a chunk of XP and a random cosmetic item as well. In about six hours of gameplay, I’ve amassed quite a collection already! 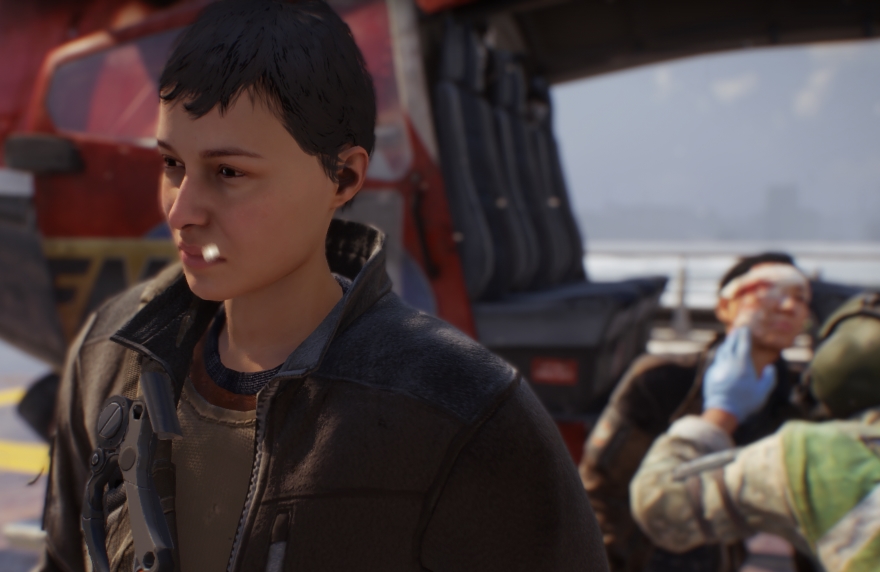 Screenshot challenge of the week? You know you need one! Let’s see some pictures of your character hanging out with a guildie or an entire guild. What were you doing? Tell us that as well!

ShagrathVtc The game has without a doubt the best visuals, much better than any of those Asian imports. Too bad I dislike just about everything else in the game. ZeniMax, please allow custom outfits and not those generic customes or whatever they call em. And allow us to report thieves, cause right now everyone and everyone’s mother is crouching everywhere, everytime. Immersion-breaker 101. Oh, and RP-only layers/channels/servers even. Yesterday.

But thank you for the screenshot nonetheless! :)

The last one (and it really is my last one) is just showcasing gender diversity. Since that seems to be such a big deal these days..

Zoshanda losing her mind over inventory management. Or maybe in despair over the weaklings in this little village. You won’t take on Yonkai, but you dare step to me?!
“You think that fire’s hot, Wait till I get up on ya!”

I posted this in WRUP but will do it here in honour of V Day.  It’s using the V Day colour palette that was available in Warframe.  I may have overused it a wee bit…

Yeah…I know, this wasn’t my best. I just wanted to break the monotony of my contributions with a bit of humor. Also, I’ve ran out of garden spots in ElinStar for now…least ones I want to post. I might be doing something different next week in light of the shortfall. My apologies if this went over like a lead balloon. :(

I’m late, I’m late! But here I am now, to present to you some random shots of B&S. With the release of Mushin Tower is Bloodshade Harbor, I’ve been too busy doing my dailies to even touch my alt lately, so most of these shots are nearly a week old. Can’t be helped.

castyr  “Almost to level cap, yeah I am slow.”  I’ve played every day since head-start and my highest character is a level 32 BM. I have a level 24 Assassin, and a couple more ~level 10. I prefer a leisurely pace. I seriously don’t understand why people are desperate to rush through content as fast as humanly possible. But I certainly won’t judge or criticise anyone who chooses to play as they wish. It’s entertainment, after all.