END_OF_DOCUMENT_TOKEN_TO_BE_REPLACED
It’s been a bit of a whirlwind week for ArenaNet, especially with a jam-packed Reddit AMA that contained the announcement that Colin Johanson has opted to leave the company for a new opportunity that allows him to spend more time with his family and less time commuting. This has, of course, left a bit of a smiley-shaped hole in the top ranks of ArenaNet that Mike O’Brien is temporarily filling, but the Game Director role cannot be held by the busy President forever.

Aside from the workload that’s usually associated with a busy studio in the midst of major feature redevelopment, expansion development, and a director handover, the team added to that pile by inviting me to playtest the new Slothasor raid encounter that goes live today. In this edition of Flamseeker Chronicles, I’ll share my thoughts on the new raid wing and will also unpack the key takeaways from the Reddit AMA. 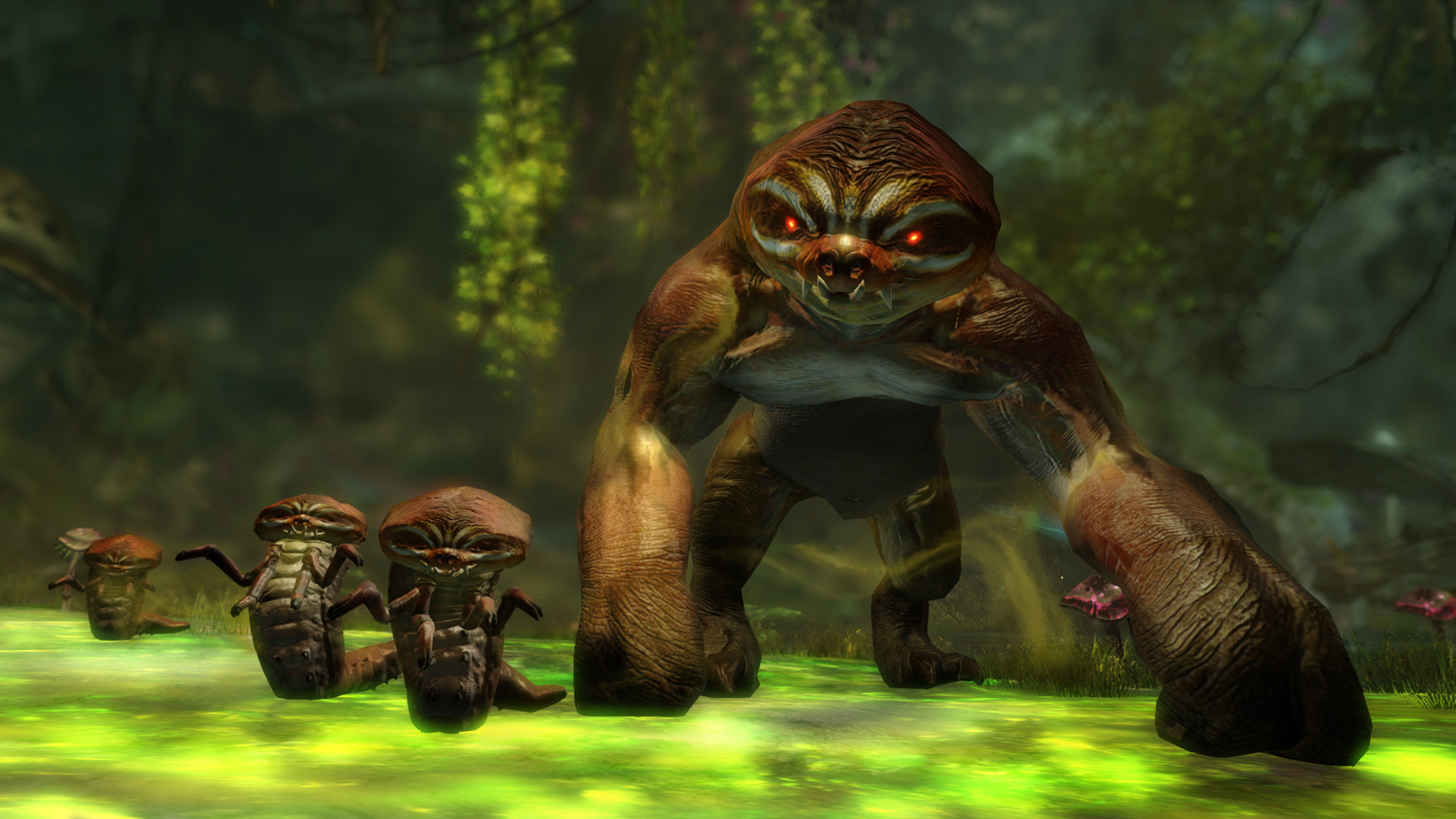 Slothasor is a fun boss that lived in at least a vague sense within designer Crystal Reid’s scrapbook for years before finding a place in Salvation Pass. Originally envisioned as a grub back when Reid was on the fractals team, the raid team felt the need to include a tactically interesting yet lighthearted boss to break up the first raid and add a little extra interest. Slothasar most definitely fits the bill: I get quite a strong Alice in Wonderland vibe from the encounter and its environment, and I swear that’s not just because the theme has been on my brain since my wedding!

Mushrooms that physically alter those who eat them, strange grubs with accusing faces that wouldn’t be out of place behind a hookah, and a directionless pathing system through the unknown all make me feel as though I’ve fallen down the rabbit hole. The fight is quirky and meets it aim: Slothasor is a welcome break from the dark themes that we’ll see in the rest of the raid wing. It all comes together to make for a very curious and uniquely challenging encounter that kept a smile on my face for the entire duration of my 45-minute playthrough.

Tactics (as much as I can say anyway) 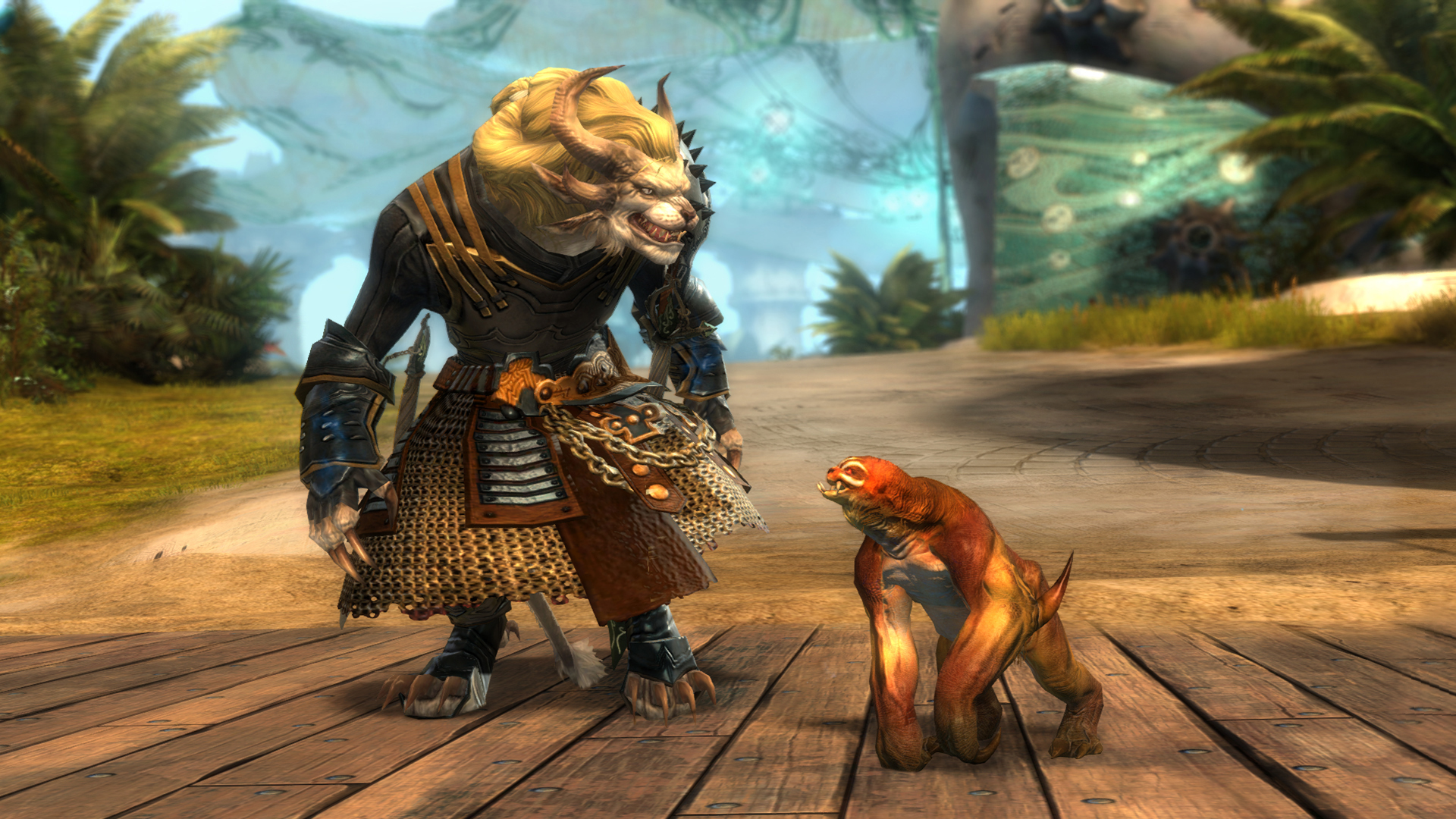 I need to preface this section to ensure that I adequately manage your expectations of me, fair reader: I have been specifically asked not to discuss the fight mechanics or suggested tactics at this point, so you won’t be getting the nice little tactics breakdown that I usually like to include in hands-on articles. I apologise for any descriptions that seem vague. I can only imagine that Reid and the rest of the raid team didn’t wish to ruin the fun before players get to grips with the raid wing for themselves. I completely understand this: Tactics are everything to raiders, after all, so it’s important not to spoil all the mechanics in case it trivialises the fight on day one.

Generally, the fight begins whenever a player interacts with a strange sort of mushroom and gets weirder from there. Slothasor does not employ the usual fixed targeting on the player with the highest toughness that we’ve been used to so far, so every member of your raid squad should be prepared to take on every role in the fight at some stage. Slothasor, being a giant sloth monster, isn’t very good at staying awake despite being in the middle of fighting your squad, which impacts on the encounter significantly. The encounter environment also presents unique challenges for the squad that necessitates the clever use of the surroundings and the nature of the area’s occupants to overcome. Whew, that was all rather cryptic, but I promise to recap as soon as the fight can be detailed properly. 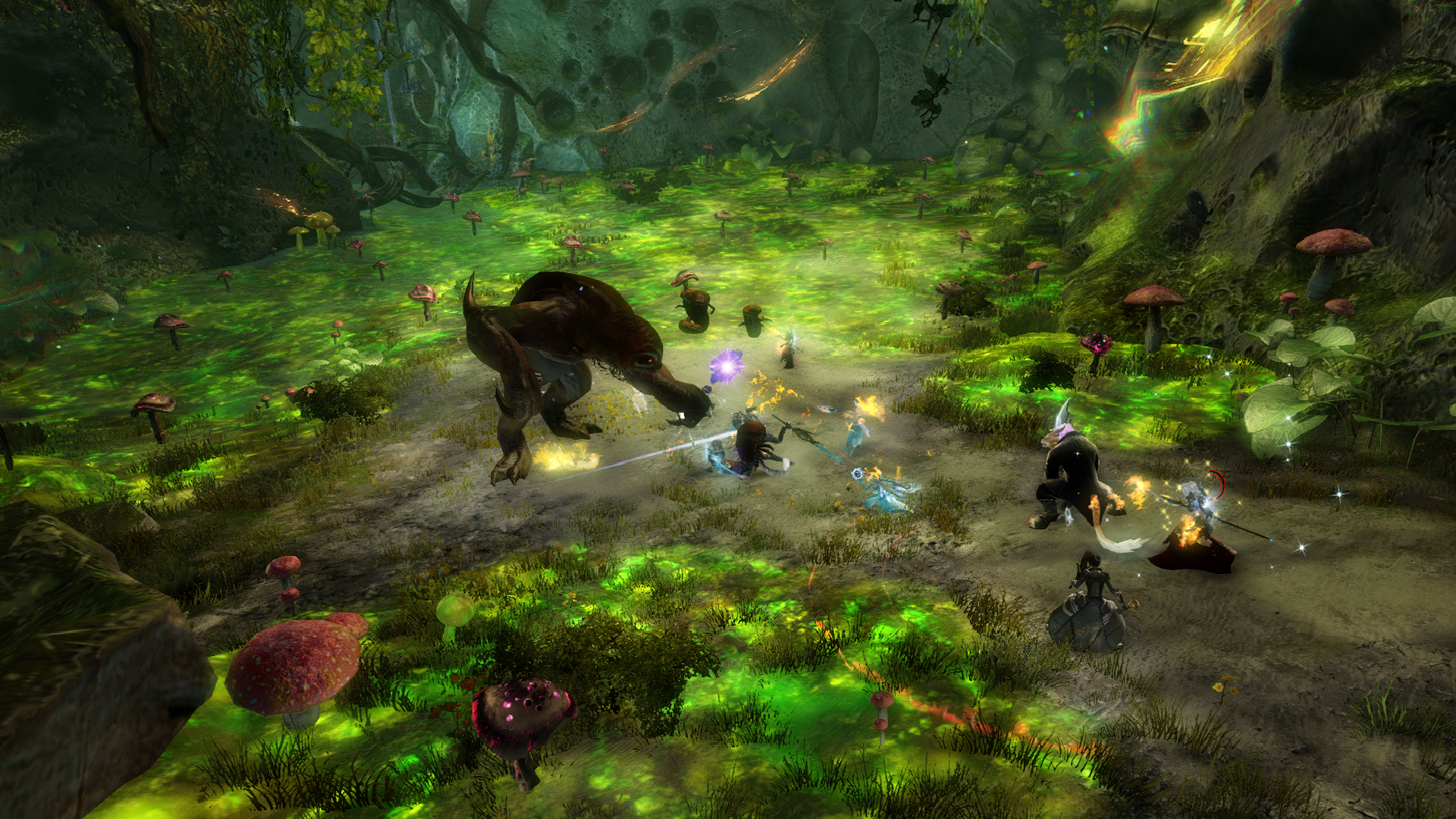 I laughed the whole way through the playtest, so it’s safe to say that the fight is fun as well as challenging. I wish I could explain more, but know that I was sufficiently impressed by the encounter. I particularly appreciated the high level of coordination required when facing Slothasor and his little slubling friends: Every member of the raid needs to be ready to quickly change gears and pick up a new role as the fight progresses, so no two runs will be exactly the same. If the boss depiction has put you off, I urge you to give it a go and see if the encounter can’t win you over with its quirky mechanics. In terms of difficulty, this fight (and I’m told the wing in general) is no harder than what came before, so I don’t think you need to panic over the new wing at this point.

I can’t possibly hope to cover everything that was discussed during the massive AMA in so few words, so if a general gist doesn’t satiate your curiosity I’d urge you to visit the thread and check out the answers for yourself. I’m going to dive right in with a rough schedule for the year ahead: The next quarterly update will be with us next month, followed by beta testing the WvW improvements. The third raid wing should be with us at the start of summer, followed closely by the third Living World season, and then the next quarterly update. We were also told to expect updates to come in chunks rather than in regular fortnightly pieces because that kind of cadence would only result in a dip in quality as the team moves ahead with expansion two’s development.

120 devs are specifically stationed on the live product while some 70 or so more are working on future content, and a further 30 or so developers float between the two camps as required.

Speaking of the next expansion, we were given a good breakdown of the team’s allocations between expansion work and live game work: 120 devs are specifically stationed on the live product while some 70 or so more are working on future content, and a further 30 or so developers float between the two camps as required. I really appreciate this breakdown and I believe the proportions are very sensible to ensure solid future content and a positive improvement on the existing product, especially when this is paired with a new emphasis on a “when it’s done, it’s done” approach to timelining.

On to the good stuff: Heart of Thorns mapping will be significantly improved as time goes on to reinclude the casual audience, which is a welcome change that I was hoping would come ever since I wrote my initial launch diaries back in October. Living World Season 3 should release with the summer 2016 update this July: Unsurprisingly, you’ll need HoT in order to enjoy the story and it’ll kick off where the expansion’s story left off. We might well see the return of old lore, and magic was bandied about in the AMA.

Dungeon rewards were mentioned alongside fractals in a wonderful breath of fresh air. Although the AMA was clear in that ANet cannot field a dedicated dungeons team, so we cannot expect new content in this area, at least rewards correction could help make the content somewhat relevant again. The fractals leaderboard simply won’t work with fractals in their existing state, so that’s been shelved for the foreseeable future until significant improvements have been made in this area. We’ll see the start of these improvements in the Summer 2016 update with some luck. I’m particularly excited to see an overhaul of Instabilities and I’m hoping to see some great, much-needed additions in this department.

I was surprised to note how small the raiding dev team is considering how solid the content has been so far: This inside look at ANet’s internal structure might perhaps help to put fears about the company’s content development emphasis to bed. LWS3 will allow non-raiders to gear up fairly efficiently, which should increase engagement with this content even more, especially as the team plans on adding raids to the LFG tool in the future.

In terms of WvW, we can expect the overhaul backlog to begin to clear soon, thankfully. The general spiel here is the same as we’ve been hearing for a long time, so I won’t be too specific here because it’d be rather repetitive. Don’t expect a massive update of awesomeness anymore: Smaller incremental changes are planned from this point forward due to the frustration while players waited for a massive update. General PvP will be improved with some matchmaking tweaks for season three, and new maps for both Conquest and Stronghold will come down the line. Before this, however, some competitive improvements will be made to existing maps based on pro player feedback.

I feel as though I’ve covered a wealth of information in this edition, so I most definitely want to hear your thoughts on GW2’s future development. How reassured (or not!) are you at this stage? Did anything that was discussed take you by surprise? Will you be downing Slothasor tonight? Let me know in the comments below.