Holy moly, it happened! As you might surmise by the not-so-subtle surprise in my voice, we’ve finally got a chunk of Landmark news. It’s been a long while. The silence that has been surrounding both this game and EverQuest Next has been deafening, and I am very glad to see the wheels of progress are actually turning — at least for Landmark. And I can certainly hope that translates into the same for EQN. Even though that will remain to be seen, I celebrate the continued development of Landmark; I am still looking forward to this game and the enticing features that will put the power of storytelling into the hands of players.

Sadly, the news has nothing to do with the AI or the storytellng system.  The announcement was focused on new landscapes, expanded claim sizes, and underground caverns. Today we’ll concern ourselves primarily with the claim aspects. Once once you get past the shock and joy of new information, you find that there are now way more questions. I have a ton, and many other Landmark fans do as well. To be fair, Daybreak has come back with the response that this update is really huge and more information will be forthcoming. Hopefully, some of these issues will be addressed when it does.

The biggest news (pun possibly intended) is the change in claim size. The working figure for a single claim size is currently planned to be 525 x 525 x 450 voxels, which covers more space than 16 old claims. At first glance, the claim size switching from one small claim with many attached claims to one very large claim sounds pretty neat. No more trying to line up 10 claims worth of templates when resetting your build. (I’ve yet to perfectly line up my multi-claim templates and ended up resorting to just rebuilding.)

But wait, there are other things to consider. For instance, one particular worrisome line really stands out in the announcement: “The concept of ‘attached claims’ will no longer exist.” While Daybreak doesn’t come out and say it, it sounds plausible that if there aren’t attached claims, then you can’t attach claims together, either horizontally or vertically. And if there is no more stacking of claims, that is going to seriously hamper the creativity of anyone who liked to build things that are tall or otherwise high in the air, such as giant statues, floating cities, and space ships. The current mega claim is only about two old claims high; everyone with builds taller than that will have useless templates. In fact, anyone who built up to the full height of the second claim will find those template also unusable as the new claim is shortened by 50 voxels. That means even some of the old contest builds cannot be placed again. 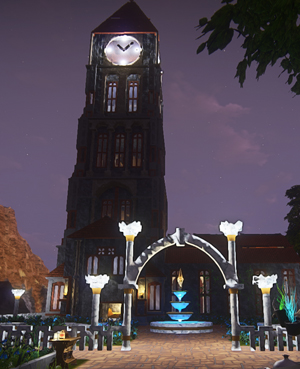 There is a chance that some of these issues have already been addressed and the information is just part of what is being held back for a later release. Or perhaps Daybreak is gauging what the players focus on as the most important aspects in order to direct further development there. If nothing else, disseminating the information in spurts gives the devs an idea of what questions the community wants answered. Heck, the community has even offered suggestions on possible solutions.

Speaking of solutions, it might be that there will be a mechanic in place where you can put these base claims together. Or maybe, since the announcement noted that the size was the current working number, perhaps it will be altered to give folks more vertical flexibility. There are a few requests to adjust the size to a true square and add a third layer to the top. Or maybe there will be a way players can earn/buy or otherwise adjust the dimensions of their main claim. (This last idea seems more problematic to me as claim template saving would no longer be a standard figure across the board.) Whichever way, it seems as if there are alternatives.

For me, the concern is less about building height. I personally ran into another problem. When building my claim, I enjoy doing large mazes that have loot chests hidden within. With multiple claims, I can have my one where permissions are set so that all my personal chests are locked and my belongings are protected but the other claims have permissions set so people can loot chests for their rewards. Other things include having some doors and other such items usable, while others are not. How will permissions be handled? I’d hope that permissions could then be set for individual chests, doors, and other items, else my entire building dreams are moot.

The same concept applies for PvP. There are many instances where players had PvP enabled only on specific claims in their builds and not on the entire thing. Is this type of flexibility just going to be impossible going forward? If so, that’s too bad. And what about building permissions in general — will one giant claim mean it’s all or nothing? I certainly can’t envision it working any other way. Can you just see it: Joe is allowed to build only with stone and Wilma can work only with metals… oh, and Bob over there can place the props. Perhaps Daybreak has some nifty ideas to address this that I can’t even fathom right now and we’ll hear more at a later date. However, my money is on the all or nothing approach. If so, I hope we can actually do the stacking/adding of other base claims to return that level of flexibility. Either way, we should know more soon.

In that same vein, hopefully the next info dump will also reveal more things that players are curious about, like the values for voxel and template storage capacity as well as prop and storage chest limits. Oh, and I am sure more than a few of us would love to hear how this will play into EQ Next. Hint, hint Daybreak. [Editor’s note: Daybreak has repeatedly refused our direct requests to comment on the state of EverQuest Next. -Bree] 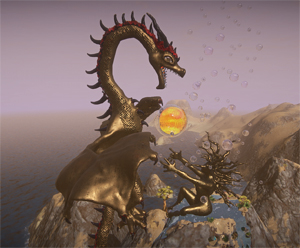 Lay of the land

Although it doesn’t involve claim size, another part of the update will also affect building; the new Pioneer Landscapes will offer players the flat building surfaces they’ve been requesting for probably the full two years Landmark has been in beta. Sadly, those same players who’ve been begging for the feature won’t be able to enjoy it once it launches — at least not right away. The Pioneer Landscapes will be restricted “initially” to the new players who will be plopped down on their insta-claim the moment they first log in. The key word is initially; that tells me that devs have plans to make this land also available to the veterans. Hopefully that happens sooner rather than later, since keeping a feature away from those who so clearly want it is not the best of ideas.

Of course, there are some questions and some good suggestions for these new flatlands, from whether they are their own biomes to if they will be intermixed with other biomes in time for more varied landscapes. It all comes down to needing more information, which we are told will be coming at some point. Let’s just hope this wait isn’t as long as the last. Now is the time to voice any of your questions or suggestions about this update. You never know when your idea might be the spark that brings something great into the game.