I believe there is only one word to describe Chapter 13 for Knights of the Fallen Empire: cute. For the six chapters prior to this one, I’ve been walking around with a perpetual scowl on my face. The story has been so serious: Valkorion complaining that I need to follow him better, Theron Shan getting no sleep, his mother arguing with Darth Marr about food, Senya in depression about being a bad mom, and of course, Lana touting mission, mission, mission all the time. When is a Sith Lord and Commander of the Odessen resistance supposed to catch a break? Clearly, it’s during Chapter 13: Profit and Plunder.

As we all know, Star Wars: The Old Republic changed up the way we look at updates for the game when it introduced the single-player-focused expansion Knights of the Fallen Empire. And I think most everyone will agree that the first nine chapters really hit the mark. The story was great, and people had plenty of things to do. Then there was a break, and about four months later, we got the next chapter. And we’ve received a new chapter once a month since then. As you might have read in other Hyperspace Beacons, I was not really a fan of Chapters 10 and 11. Chapter 12 was OK; it was a tentpole episode, but I had my reservations about it.

With Chapter 13, BioWare proved that the best thing about every BioWare story isn’t the setting, and to be honest, it’s not really the plot. Most of the time those are rehashes of classic stories. No, what really makes BioWare games great are the companions. And this month we get a double dose of them, and I think players will be satisfied. 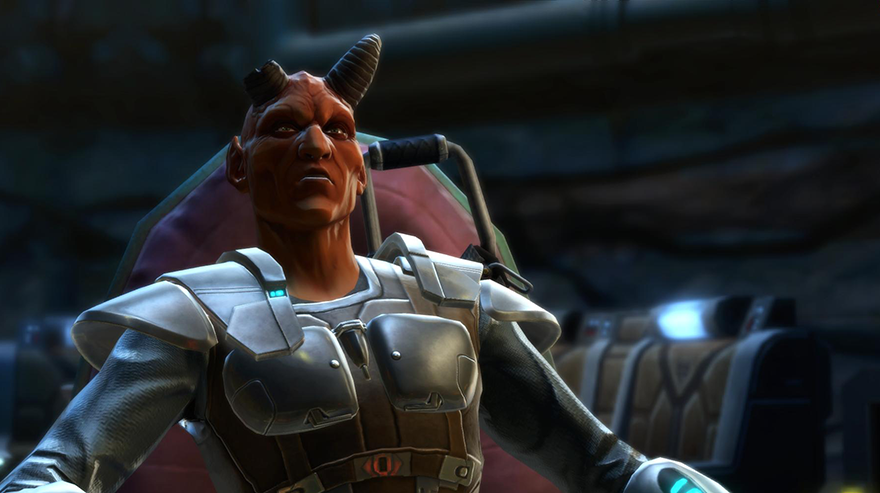 Let’s get the bad out of the way

As a writer myself, I understand the importance of the transition. A writer knows her characters like the back of her hand. She can write the hero or any of the companions a way out of a paper bag, but many writers have trouble taking the characters from the paper bag to flying a helicopter. If you are told by someone that you have to move your character from one situation to the next and you have only a half a page to do it, then it can be difficult. I believe something like this happened at the first part of this chapter.

The writer had to take the story from an incredibly tense, unresolved moment to meeting Gault in the cantina. There was one line of Lana’s that might as well have been, “Well, Jorgan and Kaliyo are missing and probably dead. There’s nothing we can do about it; I think it’s time to go celebrate in cantina.” I know there are some people who dislike those two companions enough to celebrate when they die, but seriously, Lana? That’s just cold, and the transition was awkward.

And the other negative, which is very similar to the first one, happens when we finally find out what happened during Kaliyo and Jorgan’s mission. I don’t know whether it was the line deliveries or just animation, but when it was announced the Jorgan and Kaliyo’s shuttle returned, they might as well have announced that it was Thursday and everyone still had another day on the factory assembly line. There was no life to the moment. “Ho hum, well, I guess we’d best see what happened.” It should have been, “OMG! Who made it out? How many of his nine lives did Jorgan use on this mission?! How scared was Kaliyo? And if she was scared, how can you tell?”

There is one more thing. I will not spoil it for anyone, but I will say this in case someone from BioWare is reading: No one cares when a redshirt dies. It doesn’t matter how many redshirts die. It could be four, or it could be six billion; in the end, the consumer of the story doesn’t care unless there was some sort of personal connection to said redshirts. 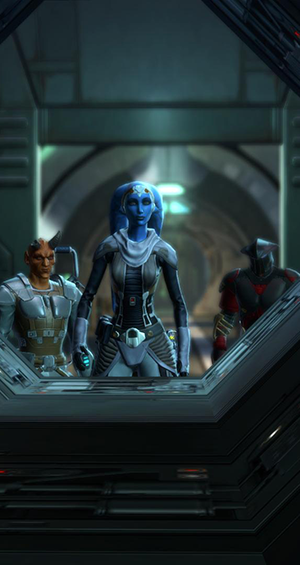 You know how I mentioned over and over that I hate Gault? Well, I still dislike him, but I no longer wish he were dead. He was a perfect addition to not only the story but to the whole Odessen Alliance crew.

I learned by watching Ernst Blofeld that super secret bases are a drop in the bucket. Apparently, I learned nothing by watching the Bond films. Hylo Visz, the smuggler in charge of supplies on Odessen, explains to the commander that the Alliance is losing money. Visz says that she knows a guy that can help the Alliance by robbing the biggest vault that the Eternal Empire has. Of course, that guy is Gault, and the vault is on a ship called the Gilded Star. Not only would robbing this vault get Arcann’s attention, it would also put a major dent in the Eternal Empire’s finances.

I could Cinema Sins my way through the whole heist plan, but I won’t. Ultimately, it is the character development that made this little adventure fun and worth playing. Gault is a guy that you want to punch the whole time but are ultimately glad he’s there. Vette’s writing is amazing. And she had the best line: “Good-bye, Spewy. I’ll never forget you.” And let’s see if you notice her reveal before you actually see her. I’ll admit, I missed it the first time.

If you’ve not subbed up to SWTOR for a long time and have been looking for a high note to end on, this is the chapter for you. Hindsight being 20/20, this chapter should have been rearranged a bit to be Chapter 10; it might have made the funk of the previous chapters unnoticeable. Give it a shot yourself; if I’m wrong, let me know in the comments below. If I’m right, I’d like to hear that, too.

As an added bonus this week, MJ and I are streaming some SWTOR in celebration of Star Wars day tomorrow. I hope you all join us there; we will probably have some things to give away, too. May the fourth be with you, always. 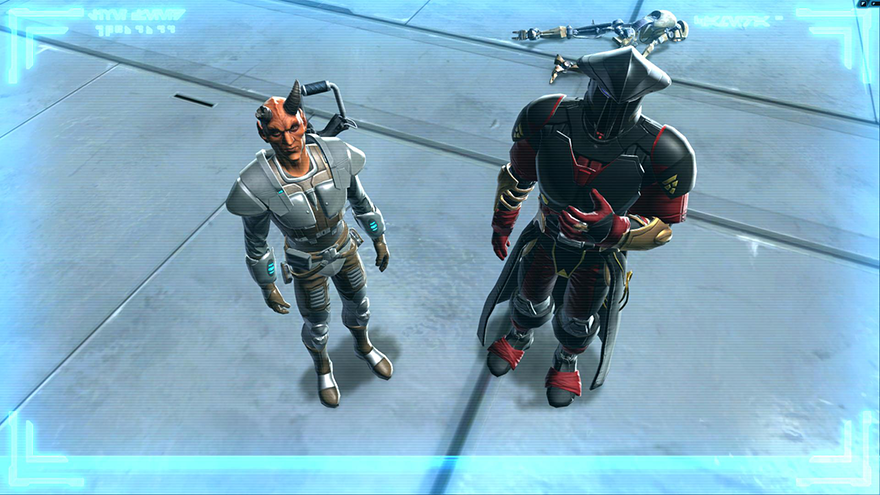