Making money and ARK: Survival Evolved are two terms that just seem to fit together, and not just for developers. ARK: Survival of the Fittest’s monthly Survivor League has started up again, offering May’s highest-scoring survivors the chance at a share of the $65,600 prize pool. And this May means even more money: Throughout this month and next, registered tournament-mode tribes can compete for a spot in the new Summer Cup: Season One with a $42,000 prize pool.

If you want to register your tribe for this offline tournament, which will be held at ChinaJoy 2016, take note that tribe size has been changed from six to four players and match times are shorter. The 40 tribes that score the highest throughout May and June will receive an invitation to the finals; the top eight tribes from there will be invited to Shanghai to compete with four top Chinese tribes.

Whether or not you are interested in participating in either tournament, you might enjoy a sneak peek at the upcoming dragon arena raid the devs are hard at work on. Here’s a full-sized visual teaser: 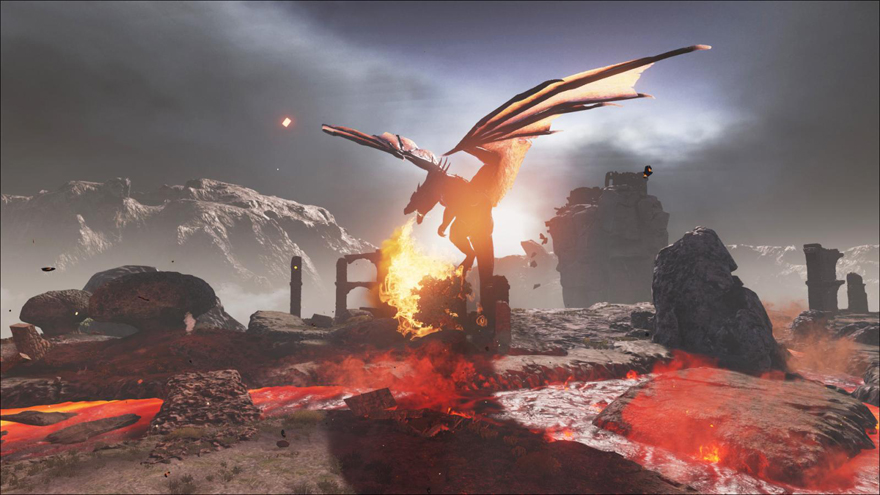 Ceder LordSolarMacharius You can’t produce both games that share assets without losing efficiency. Obviously you don’t know about Project Management. Sorry, but them splitting their focus does result in a slowdown on development of the main title. I want what I paid for and I’d like it sooner than later. If that makes me “entitled” then whatever mate.

LordSolarMacharius  To be fair, they have 2 separately dedicated teams working on both Survivor Evolved and Survival of the Fittest.  You err in thinking that one has ever detracted from the other and silly to say that WC isn’t finishing Survival Evolved when they’re pretty decently pumping out content and updates more frequently than you would see other similar games doing.  Perhaps you simply are feeling entitled to having the pace be even faster but that too seems a bit silly.

Good for the people who win some money I guess. Most of us would rather Studio Wildcard focus on finishing the original product that we paid for rather than e-sports. Doesn’t seem like that’s going to happen anytime soon.

Battle Bards Episode 195: In the mountains