I’m not one of the stealthy types in MMOs, mostly because very few games give me the chance to hang upside-down from rafters and then do a 25-foot freefall onto an enemy’s spinal column. Instead we mostly get Rogues crouching like they have to do a number two and walking slowly in broad daylight while everyone pretends not to see them.

Then again, you occasionally get games like Elder Scrolls Online, which makes stealthing look downright cool. “ESO has so many places I think ‘I’d love to actually go there,'” Damonville posted. “Of course I wouldn’t want to be eaten by what’s there in the game. I don’t think my stealth skills are at the same level as my little Wood Elf characters.” 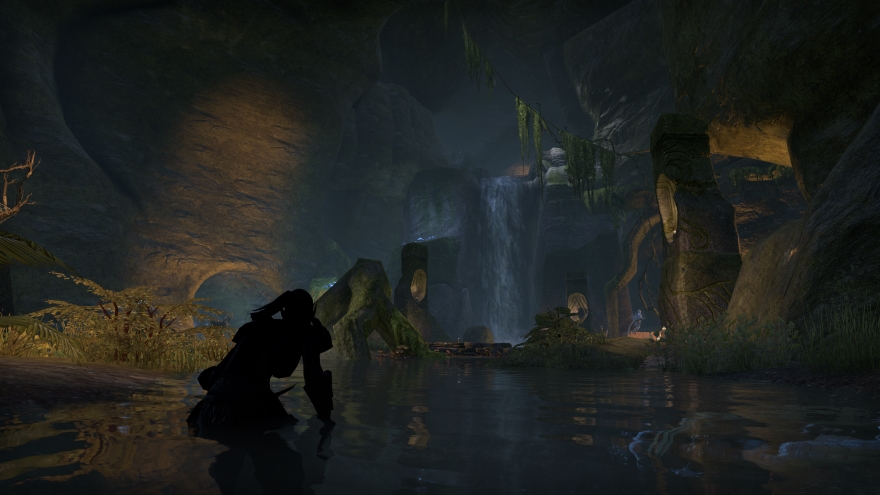 Reader Monica answered the call for holiday pictures: “‘Twas the night before Wintersday in Guild Wars 2, where only one question was asked: Grenth or Dwayna? Would Grenth’s cold embrace last? Would Dwayna bless us and bring warmth to the land?’ Personally I picked both, because hats!” 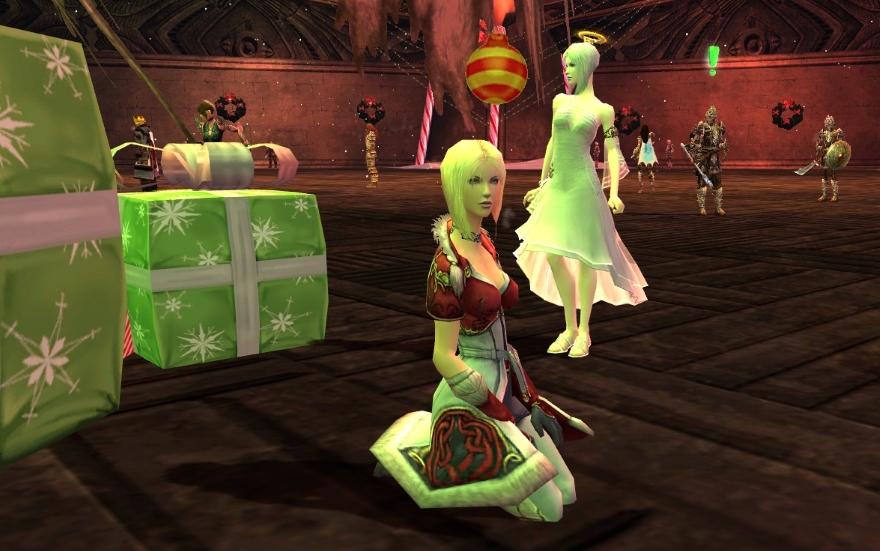 “A little north of the Osun fortress in the southeast of Auroria in WildStar there is a river surrounded by cliffs with a flock of Rowsdower,” Weakness writes, “one of whom seemed to be stuck on a ledge. Unable to go up or down; this Rowsdower had contended himself with grazing on a barren rock for the rest of his days. Here my little Chua Esper, Oswald, is kneeling before the sage beast, having traveled many miles to learn from his contemplative ways.”

And what happened next? I HATE CLIFFHANGERS! 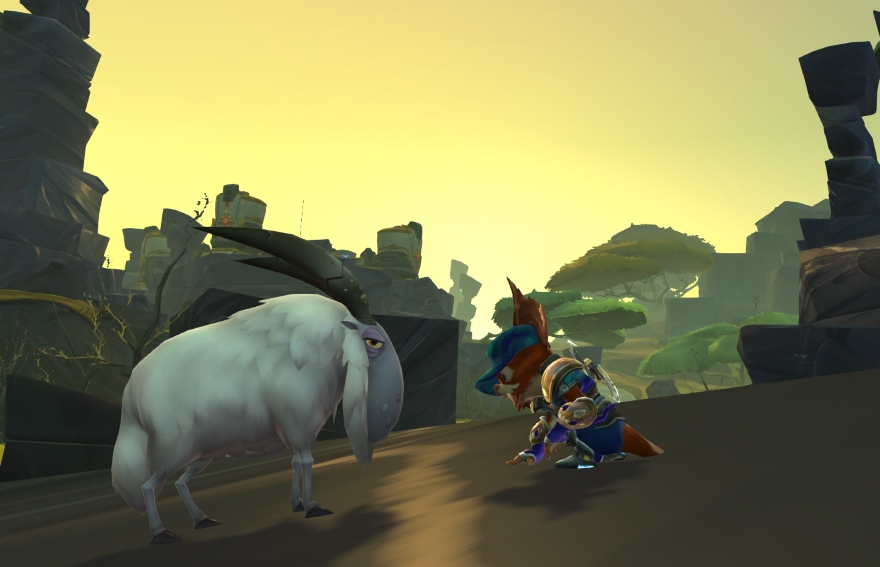 Boy does this next screen take me back to an earlier era. Also, it reminds me how we’re all kids at heart looking to play with our goofy toys just as much as our epic tier 550 gear. 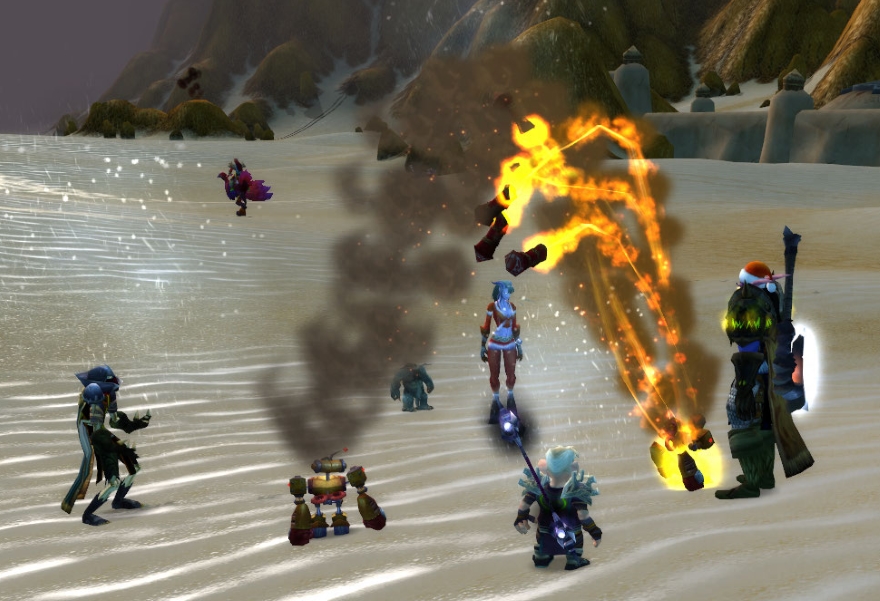 “This is a giant Poggle,” Qarran explains to the less fortunate among you. “You find them in many areas in Blade and Soul but most prominently in Silverfrost. It is a cross between a frog and… and an orc. And they aren’t too friendly and will remind you of it as they smash you with a giant club made out of a giant acorn. Bizarre? It doesn’t even come close.” 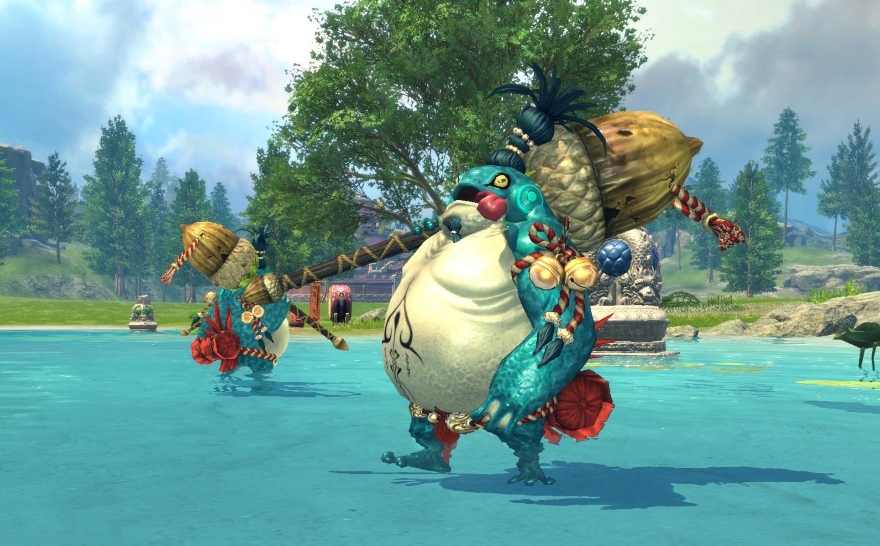 The theme of this week’s screenshot challenge? Explosions! Whether they be carefully controlled, as in fireworks, or the result of a trench run through the Death Star, let’s see some big booms and spectacular sights on fire in your submissions!

camelotcrusade  This should be the featured cap of this week.  Wow!

lol I toooootally forgot i submitted that pic.

Blizzard keeps sending me “come play for 7 days and boost a toon to 90!” emails…  you stop that Blizzard, stop tempting me!! STOP!!

zyrusticae Always wanted to check this one out; played the originals on the sega,nice shots!

Woot! Thanks for the Poggle shout out Justin.  Lol.  I don’t know why, but the word Poggle cracks me up.

Ok.  So I don’t have time to post my usual fare at the moment but you can bet there are  a few explosions in my archive I can add.

So… I’ll leave you with this for now and hope to return and tidy up once my exams are over.

On recommendation from Enikuo I tried out the demo for the not-so-massively GOCCO OF WAR just now. The “GOCCO” part stands for Global Online Chibi Combat Offensive, and the cuteness is strong with this one. It’s a lobby-based, B2P third-person shooter on Steam.
First I did some pink pigtail research for ManastuUtakata and found 2 different pigtails and many shades of pink.
For my own character’s hair, I chose a lovely shade of green. It’s difficult for me to find shades of green hair that I like as much as this one. Either way, you can change up your character’s looks at any time in the lobby.
I didn’t actually grab any shots from the mission itself because it was stressful for me the first time around. I’m not ashamed to say that I was using a controller and ended up failing the introductory mission at first. Shooters are really not my strong point. After that, I switched to keyboard and mouse and nailed it, though.
I would like to continue playing the demo then get the full game in the future (probably when it goes on sale because I’m cheap).

The Daily Grind: How important is player-generated content to you in MMOs?

Massively Overthinking: How to deal with cheater scum in MMORPGs

LOTRO Legendarium: Is LOTRO getting greedy with its fall content update?

WoW Factor: Covenants have become a Shadowlands prison of Blizzard’s own making

The Daily Grind: What’s the worst MMO you’ve ever played?

The Daily Grind: How important is player-generated content to you in...

The Stream Team: Standing a Ghost of a Chance in Dungeons...

Massively Overthinking: How to deal with cheater scum in MMORPGs