I’m going to be blunt: I don’t feel like a Blizzard fan. I know that may sound odd from the guy who plays Hearthstone more than any other writer on this site, but it’s true. I don’t hate Blizz, though. In fact, I generally want to be excited about Blizzard games. Even before I was making dollars for game reviews, I pursued games that were trying to offer new, unique gameplay, but after the mid 1990s, I’ve felt Blizzard simply couldn’t satisfy me. HS is fun, but launched as a bit of a simplified modification of Magic the Gathering; Heroes of the Storm is fun enough, but damn — Blizz was late to a party started by a fan’s mod and refined by a newcomer.

Even though Blizzard has been trying to balance genders, go with a multiracial cast, and insert cool cinematics (disclosure: one of my friends works on them), my few previous beta experiences with Overwatch left me hungry for something. Most of what I was doing or seeing felt entirely too familiar, like games I already bought and left behind. Blizzard jumping into the $40+ online-only multiplayer game market where populations hemorrhage shortly after launch just turned me off.

And then came the open beta, which finally led to a bit of an epiphany. 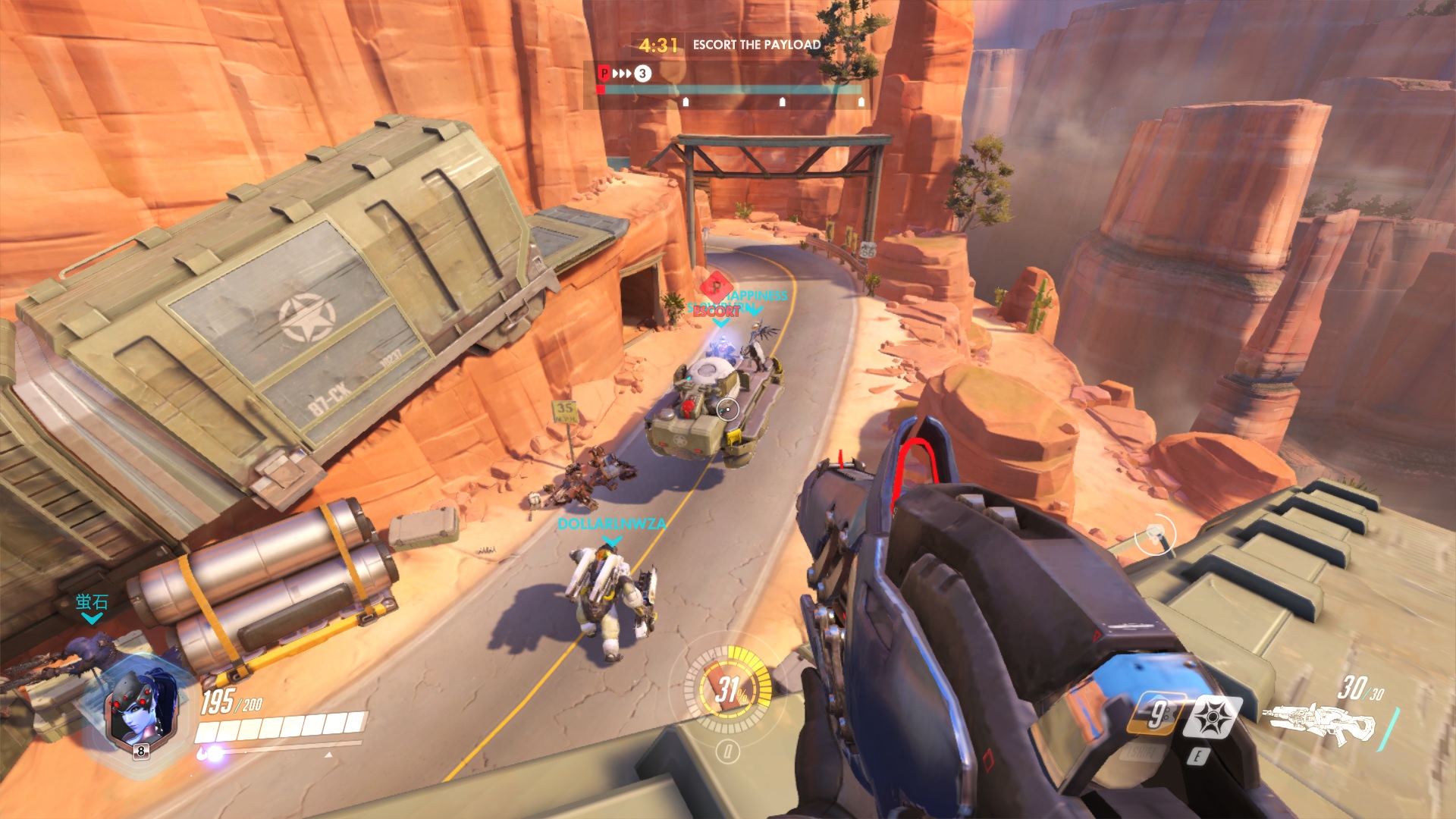 As plenty of other pundits have noted, Overwatch is basically “Blizzard does Team Fortress 2.1.” It’s an objective based team-shooter, not a MOBA. In fact, in many ways, the game is simpler: There’s no leveling, no stat based gear, no talent trees. Wins and losses affect only visual customization. Most characters have just one or two weapons, two utility buttons (like speed enhancement or blocking), a melee attack, and an ultimate, making fights feel light on content and overall meaning. There’s a leveling system, but as there’s no true progression, it makes the gameplay feel inconsequential. You mostly try to master different characters, switching between heroes rather than loadouts as you would in most other lobby based games. Objectives are just as simple as in TF2, being essentially “stand here” gameplay, even if that “stand here” location means escorting a truck through a level. Though the game rewards a wide variety of actions — and though kills alone won’t make you the MPV — the “Play of the Game” in OW still tends to focus on kills like TF2 and most other shooters.

(That said, my memory of my days in TF2 is foggy; I vaguely recalled it when Splatoon put its own spin on TF2’s Payload mode. Seeing the same thing in OW actually left a bad taste in my mouth because Splatoon is a far more unique and enjoyable example of a company expanding its genre experience while adding something to it.)

This is why I think that for anyone who’s been following shooters, especially online-only team based ones, Overwatch is a bit of a disappointment. Blizzard has become that annoying song I heard on the radio during my first kiss, ensuring that I feel a connection to it even though I rarely remember why it was considered so great. I didn’t fully appreciate the game until my friends had access to it and reminded me why Blizzard is so damn successful. 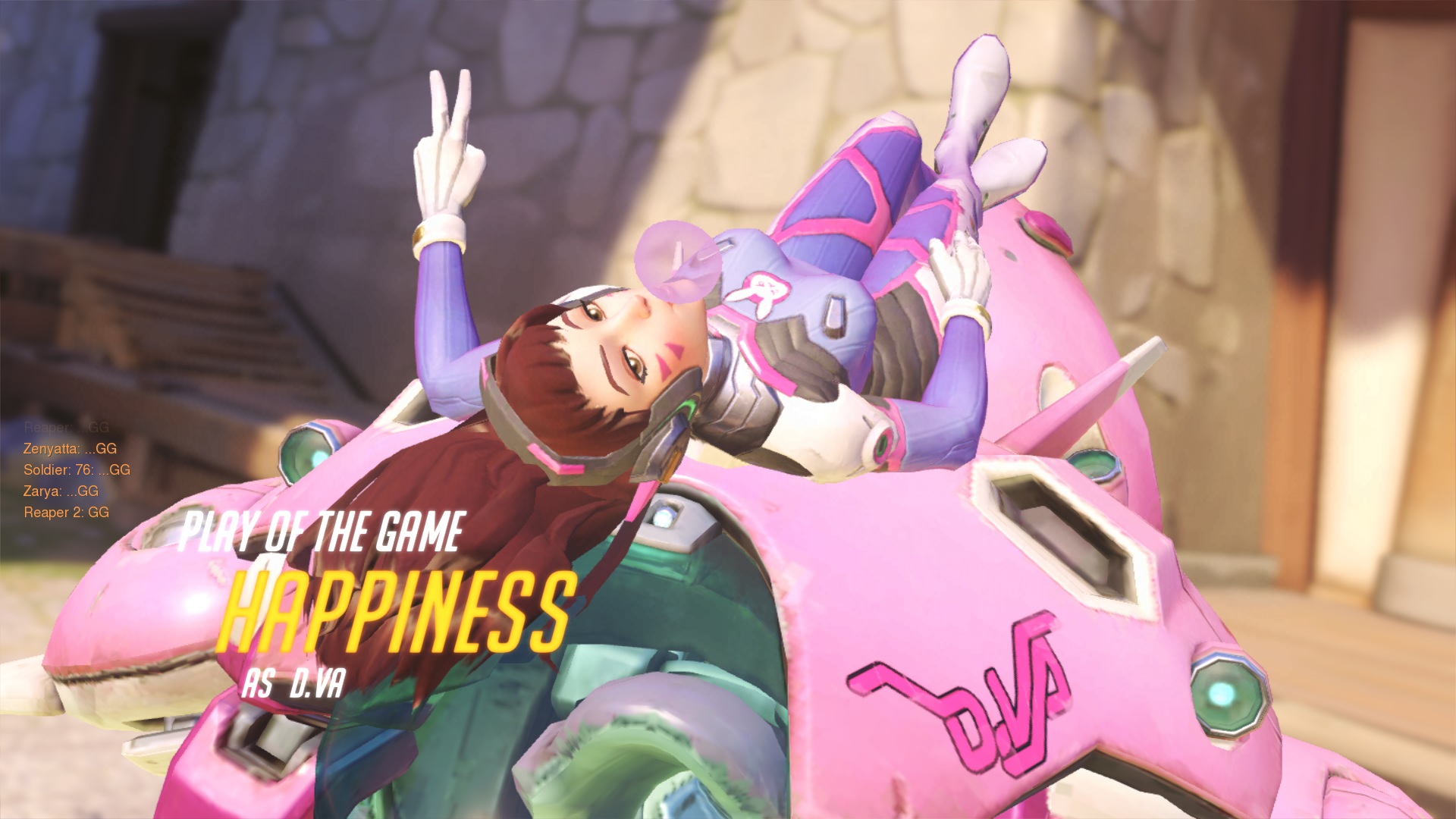 When I saw the hype and played the game, I could theoretically understand why someone would like Overwatch: It’s a mash-up of other games people might not have experience with using an interesting art style and good marketing (even in Japan, where Blizzard traditionally has no cachet). Lots of companies try to clone and tweak, but as MOP’s own Eliot Lefebvre recently reminded me, Blizzard’s schtick has been to do a mash-up with a twist. At the time, neither of us really were seeing the twist.

During the last beta, I watched people on my friends list try the game. Most (sorry guys!) were not amazing. Then I watched a friend rather skillfully play Pharah, noting that her movement was reminiscent of veeery basic Tribes gameplay where you need to manage your Z-axis to stay up and above those who simply aren’t quite as good at managing theirs to make yourself a difficult target to hit and bypassing cover those players are trying to take advantage of. It’s horribly simplified, especially since most OW characters can’t fly, but it’s there.

Other comparisons started to hit me. It’s buy-to-play but requires no payments for its heroes, and it has a robust “hat” system instead of skins. Agent 76 is almost like your stock FPS character. Several others feel like slightly fresher versions of Team Fortress 2 characters. Then there’s D.Va, a character that plays with the damage-soaking-mech-plus-small-but-deadly pilot in Titanfall but makes the “titan” default and the path to earning its “fall” a redemption in OW. Running on walls, auto-targeting guns, and other abilities from the pilot were gutted and spread out to other OW heroes, so it feels like a very small tweak to Titanfall at best. Winston‘s ultimate vaguely reminds me of Evolve’s Goliath, becoming a boss-like threat that bounds around and destroys the opposing team’s positioning nearly on a whim.

The thing is, most of these games are ones I shelled out hard cash for and had high hopes for but didn’t play for long. Why?

Although the games were popular enough to warrant noise on major gaming sites, very few people I knew were playing them. I admit that I picked the games up in part because they were released in Japan and I had hoped to make some connections, but these are western titles, and I had expected some friends might jump in. Either due to time or costs of the game, that didn’t happen. For Blizzard, however, my friends make exceptions, and this is, oddly enough, the twist.

Overwatch’s power isn’t in it being new, and it isn’t in some clever in-game twist. No, in games like Hearthstone, Heroes of the Storm, and even WoW‘s original collector’s edition, Blizzard crosses the IP streams. It’s actually something I dislike in terms of lore. But most people care about gameplay more than lore. Certainly my friends do at least, and they’ll play the heck of a Blizz game — and therefore so will I.

Blizzard’s Battle.net shows people what games their friends are in, allowing for cross-game communication and even tools that making joining a friend’s game easier. In other words, Blizzard’s built a way to help people keep the social capital they earn between all of Blizzard’s titles as we bounce around between them. This is important because not only does Blizzard have a system to socially tie players together, but it binds IPs with promotional items and cross-game items/references. While in the old days, you might just get an item from another IP in a collector’s addition, Blizzard is adding cross-IP bonuses to its other games (a move Trion is emulating). The promo even sucked me in: I don’t currently play any of Blizzard’s premium titles, but the Overwatch digital deluxe did tempt me enough to log into Heroes of the Storm again and at least test Tracer.

Blizz’s Bnet and connection to its other IPs feels like an extension or evolution of where gaming in general is going, almost feeling like an extension of the MMO. I have friends on Steam, but Steam is more like the school yard, while Battle.net is an elective class. Anyone and everyone can be on Steam, and it’s easy to get lost in the mix, but when you log into Battle.net, there’s only a handful of games your friends can be playing, and even someone like me occasionally sees a friend playing something I’m currently enjoying too.

The free beta helped this, but it also served as a reminder that I’d had all these experiences my friends didn’t but could prove useful to them. While I’m not a pro-player, I usually have a reasonable grasp on the basics, so I can guide my friends a bit better, not just within the game, but outside it too, using a Blizzard game as a gateway game to something I often find much more mechanically interesting. I lured a lot of WoW players to jump to RIFT based on the idea of the combat style they liked with deeper, more customizable “classes,” and then to Guild Wars 2 after they had developed a taste for public questing.

That’s what Blizzard is doing not just in general but once again with Overwatch. It’s a shooter aiming at people who probably don’t play a ton of shooters and don’t need something new — just new to them. As fans clamor, the more grizzled vets see it and can finally get their less hip friends to try some gameplay that feels less stale than Call of Battlefield 12. 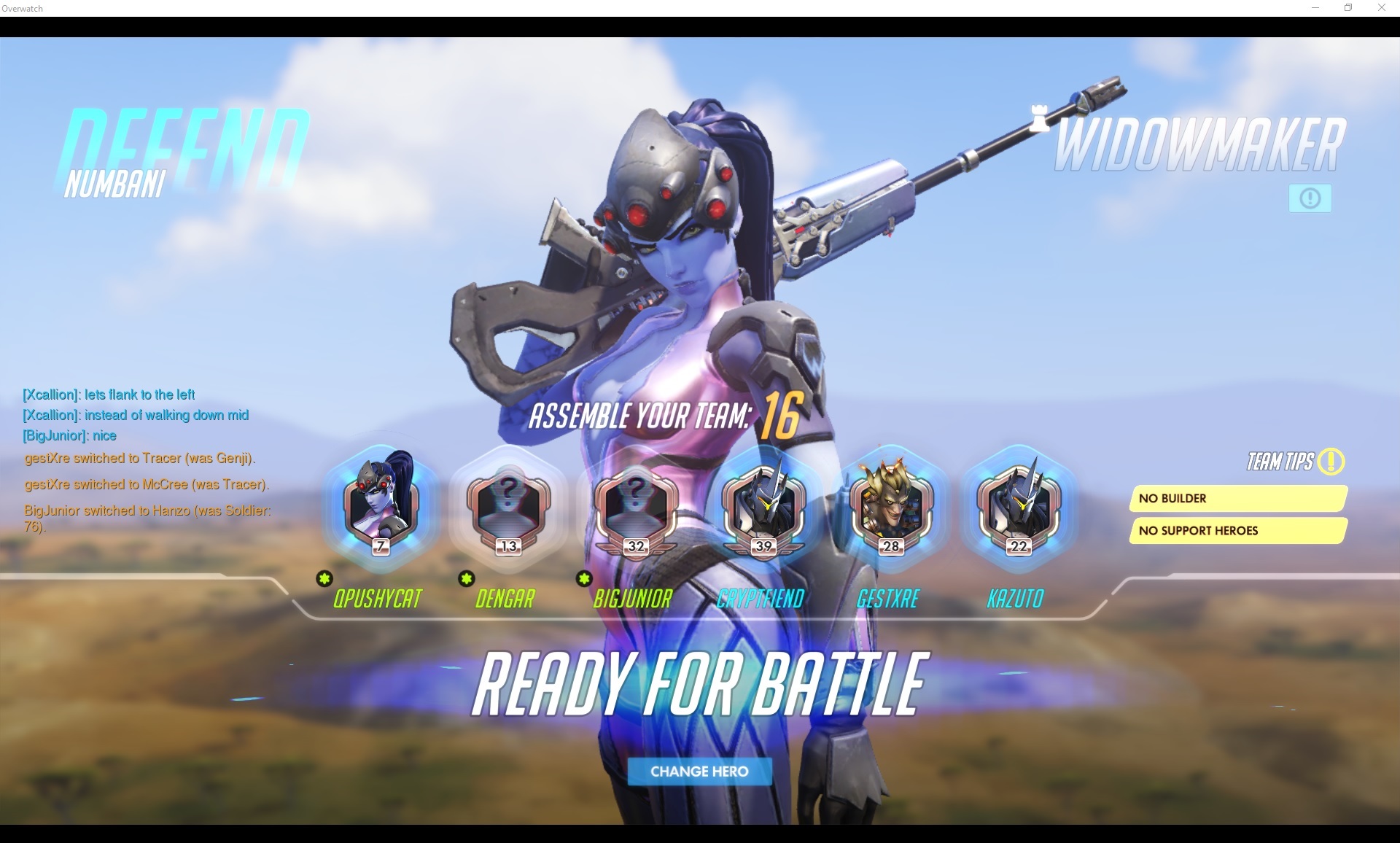 As I hinted at in the recent Massively Overthinking article, rather than exploring worlds, we’re starting to explore company IPs with multiple rewards spread across games. And Blizzard’s mash-up history also makes it easier to get casual fans to jump from the mainstream pool to the hidden ponds and lakes that often inspire the AAA companies. While that alone is not a good enough reason to get me to buy a game, the fact that I can have a solid experience while playing with my friends has brought me on board. Seeing my friends get excited about a game I can coach them on (or when they can do the same for me) is something I often miss as I continue to chase new titles and fresh experiences. While the battles feel almost snack-like without talents or unlockable weapons, it does make the game more skill based. As those skills have reasonable translation from other games, it probably works out for the best for me, but I do wish I could do some more fine-tuned customization.

That being said, the best part is that sometime after Blizzard inevitably makes a Splatoon-inspired hero that spreads some environmental hazard affecting movement while building its ultimate, it’s likely to start making something that actually does feel fresh. As with Inspiration in Hearthstone and Cho’gall in HOTS, Blizzard has shown it innovates, but usually only after it carefully crafts something that’s already proven successful by the more avant-garde studios. Since I’ve already used both HS and HOTS to expose people to games of the same genre outside of Blizzard’s library, I figure Overwatch’s real strength is in keeping me anchored to the common players while showing them a peek of the greater variety of gameplay looming beyond their experience horizon.