It has been noted in the past that I am a big fan of having big, show-stopping expansions released for games. I will not deny it; I don’t want to deny it. I like a good meaty expansion. But lately, World of Warcraft‘s expansions have stopped feeling… well… expansive. They’ve somehow become narrower, completely lopping off all of the game-that-was in favor of a new world entirely. One of the reasons I’m hopeful about Legion in the long run is that there are already signs of things taking place in the game world aside from just the new expansion areas, remembering that we already have three different worlds and four separate continents available on Azeroth.

Combine all of that with the fact that these expansions just keep coming out more and more slowly, and one starts to wonder what WoW would look like if this weren’t the case. What sort of content models would work for the game? What sort of new deployments could we see? Is there a better option out there for Blizzard’s big game aside from the content droughts and big expansions?

Making use of what’s there 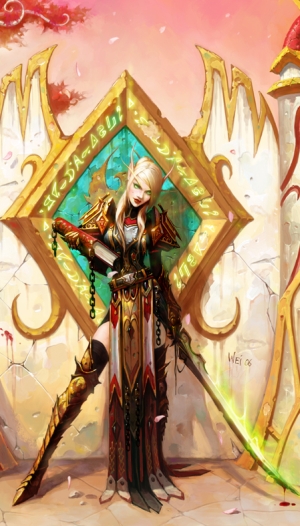 The smartest thing that was done during Warlords of Draenor was the introduction of timewalking dungeons. There are a lot of other problems with the expansion and the lack of lessons taken from these dungeons, but at the end of the day it was the first time in a long while in which we’ve seen the designers remember that WoW has so much content already made. The game has six separate continents, countless monster models, huge numbers of items, and so forth, all there and available for use whenever the designers want them. Making something totally new is almost entirely unnecessary.

Final Fantasy XI managed to milk an entire mini-expansion out of what amounted to color-shifted zones with powerful enemies and lots of big equipment. There’s no reason in the world why World of Warcraft could not do the same sort of thing. There’s nothing preventing us from having storylines and adventures leading us to otherwise neglected areas of the game. Why not have a story arc bringing us to Outland while we wait for the next expansion? Why don’t we check in on the state of things in Gilneas? New maps don’t even need to be made, but a few adjustments here and there would not go remiss either.

As it stands right now, World of Warcraft is like a content iceberg, with a whole pile of content visible but only a tiny portion of it making any difference in the game. There’s a whole lot that could be done just by making that stuff relevant again, even in small ways, and that’s well worth considering as we think about ways to close the content gaps.

In some ways, it seems like Scenarios were made for this sort of gameplay. While we wait for an expansion, players are tasked with completing a quest line with a few hubs along the way explaining what’s going on elsewhere in the world. Beat up some enemies, go through a dungeon or two, beat the baddie, get a reward. Offer some form of repeatable content in the middle there, and you’ve got enough material for a $10 purchase every couple of months.

This is also part of the reason why I started by bringing up the immense amount of content that WoW already has because this could all be done while making minimal to no use of new maps, models, and so forth. Reducing the time necessary to create new art assets makes the entire process that much faster, and allows for quicker turnaround. It also makes older content/maps/etc. more relevant, which is another positive aspect.

I don’t think this model would work on a whole for the game as a replacement to larger expansions, but it would work very well as a way of easing out the gaps between expansions. It would also provide a nice way of counteracting expansion tunnel vision, giving players a chance to see story developments and ongoing considerations that aren’t necessarily immediately in the spotlight. From Cataclysm onward, we’ve had lots of story developments that were just dropped in overnight; give us a chance to see these things unfold on their own time, like letting players take part in the re-integration of mages to Night Elf society and the introduction of the Paladins to Thunder Bluff.

Sure, it would mean paying a little more along the way, but I would happily grab some mini-expansions and keep logging in on a regular basis between expansions rather than just hitting brick walls at a regular pace. That seems more fun to me.

The a la carte model

Let’s take a step back a bit, though. What if World of Warcraft took a release model nod from Hearthstone? What if you didn’t buy the next expansion, raid tier, and whatnot? What if you bought the stuff you actually intended to play?

There’s been a regular staggered pattern for Hearthstone releases. A solo adventure gets released, then a new set gets released, and so forth. The former contains “story” stuff and is meant for players who just play against the AI. The latter changes the whole face of the game and has a more competitive bent. That’s not to say that either type is exclusively played by one player group or the other, just that there’s a difference in focus.

If WoW is really just a game released for several different minorities, why not let those minorities buy for and pay for what they’re actually going to use? What if we could buy separate continent/leveling expansions, raiding expansions, solo endgame expansions, PvP expansions, and so forth? Different teams could work on different projects, and there’d be that much more reason to create better reward paths for each particular playstyle. After all, if I’m never going to buy the raid expansion, my gear isn’t really going to affect the raid, is it?

Obviously, this would have the effect of subdividing up the playerbase even further, but it would also provide an interesting point of divergence in terms of overall content. New items would be targeted at specific groups who buy in to a specific gameplay style. And if you’re really convinced that the game is a sequence of minorities, it allows better service to those minorities.

I’m not very fond of Guild Wars 2‘s whole “Living World” approach, but I think that has more to do with resources and ambition than with the idea itself. The idea is a sound foundation. It would just take a company with more resources than ArenaNet has to regularly push out bits and pieces of an expansion, to deliver a new class or a new area or a new level cap every couple of months until a year goes by and there’s a whole lot of new stuff in place.

Especially with the way that flight is being gated now and the general approach to level-syncing zones, this is an approach that could work out very well. A new zone is added with a reasonable number of quests and a one-level increase. Two months later, another area, and more level-synced quests. Two months later, same deal. There’s time for people to explore each area even if they’re coming in a bit late, and there’s a sense that the world is continually evolving, that players are discovering things rather than just steamrolling through everything on a regular basis.

Or we can keep doing expansions with more than a year between content releases; that seems to be our extant trajectory.

Feedback, as always, is welcome in the comments below or via mail to eliot@massivelyop.com. Next time around, I want to offer a primer to people who are thinking about what to do when the expansion pre-patch hits.

Gangrel wjowski DPandaren
Reread my original post.  Going Rogue and City of Villains both introduced major changes to how the game worked, more than enough to qualify as paid expansions.

wjowski DPandaren Remember that originally City of Villains was purchase only, and the same with Going Rogue. They did roll them into the “base game” after a period of time so that everyone got them… but then the game went F2P and they stated gating (some) content behind the sub/Paywall (Signature Arcs and Incarnate related content)

Vaeldas voydd They learned from WoW’s mistakes as much as from its successes.

DPandaren wjowski
Not really.  With most sub games (what’s left of them anyways) you pretty much pay extra for any new content. CoH’s issues put together were probably worth all of WoW’s expansion expansions and then some for nothing more than the cost of the sub, with their two major expansions introducing massive game-changing elements (the entire Villain faction and archetypes, for example).

jeremy2020
…it s more likely Eliot wants WoW to use XIV as example of doing things right when it comes to content scheduling. It is not an unreasonable desire or expectation.

So much content is created for WoW which goes to waste very quickly. They spend time and effort developing features for one expansion then completely abandon them in the next. They also remove massive amounts of content, or re-design it (often making it far worse), with no good reason given. Blizzard really need to have a good look at their decision making process and ask themselves “is this what the players actually want?”

When they introduced phasing back in Wrath, I had high hopes of it being a game-changing feature. But it’s never really worked out that way. We have small areas phased, we have mobs phased here and there, we have NPCs in different places due to phasing, but that’s about the size of it. They could re-design entire zones through phasing. They could bring back entire questlines, dungeons, raids and zones they’ve removed with phasing, yet instead of doing any of that they simply remove content altogether.

Personally I’d much sooner they went along the lines of GW2’s living world idea than their own glacial pace of releasing a large patch and then nothing for months and months. When content is ready, release it. Don’t hold it back when players are bored and quitting in droves. Release it and give people a reason to keep paying their subscription.

Vaeldas voydd I am talking about team that created FFXIV Realm Reborn and patches beyond and to learn I mean how to milk the old content.

voydd You mean the team that spent nearly a year after 1.0 playing WoW to learn how to make a better MMO?