Step aside, details about class halls and specs, because this weekend Blizzard turned its attention to World of Warcraft: Legion’s… draw distance. Yeah, maybe it’s not as sexy as fighting over class nerfs and balance, but it is one of the things the studio is working on to improve the graphical quality and fidelity of the gameworld.

“For the new expansion, we’re making some under-the-hood changes that will make it possible players to see more of the world than before,” writes Blizzard in a dev diary. “This new perspective on World of Warcraft won’t be limited to the Broken Isles. Players who return to the Eastern Kingdoms and Kalimdor will also be able to see distant terrain and buildings from farther away than previously possible.”

Blizz also says the graphical settings scale will change to a numerial scale to give it “even more room around the minimum spec and the recommended spec to either ease burdens on low end hardware or push titanic configurations.” Check out the before-and-after shots below for an idea of how it’ll look in practice. 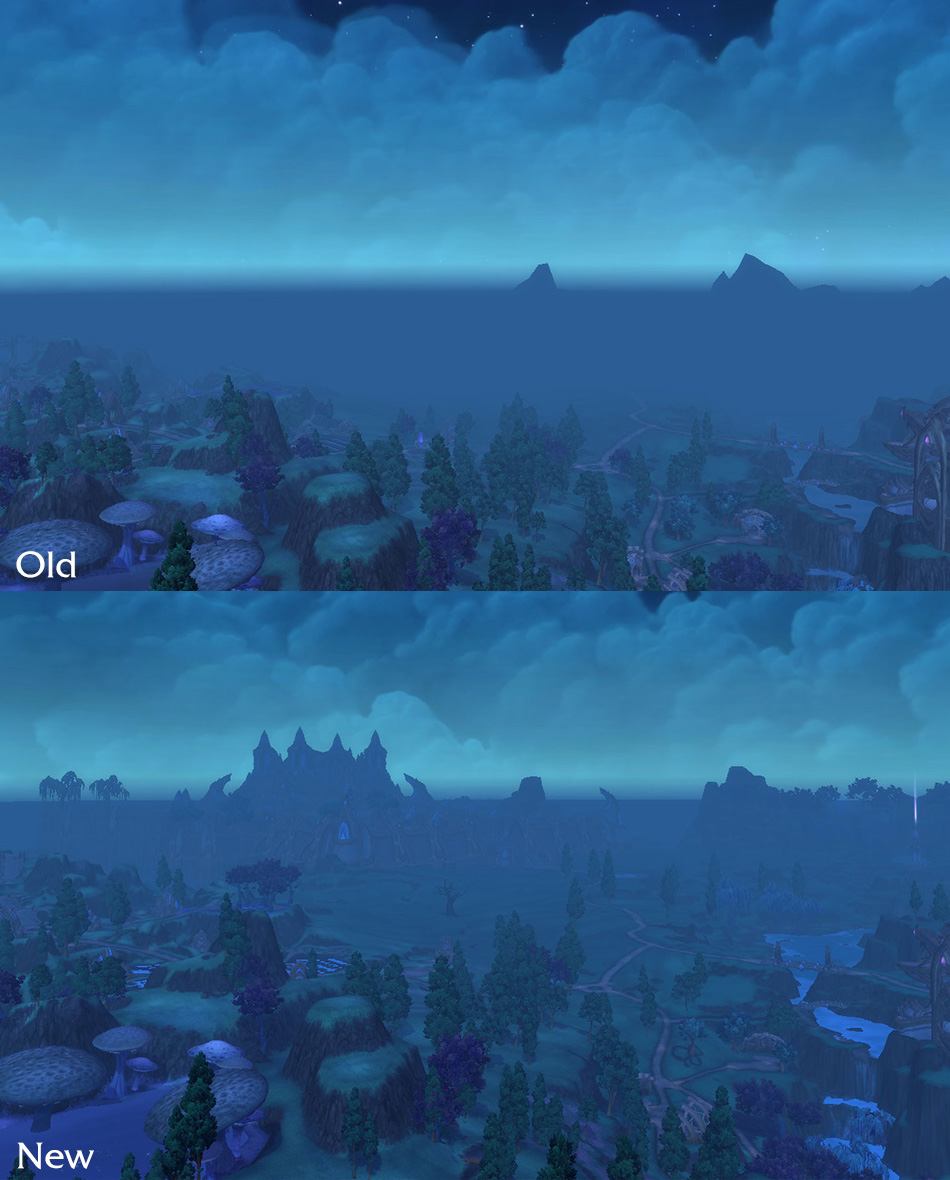 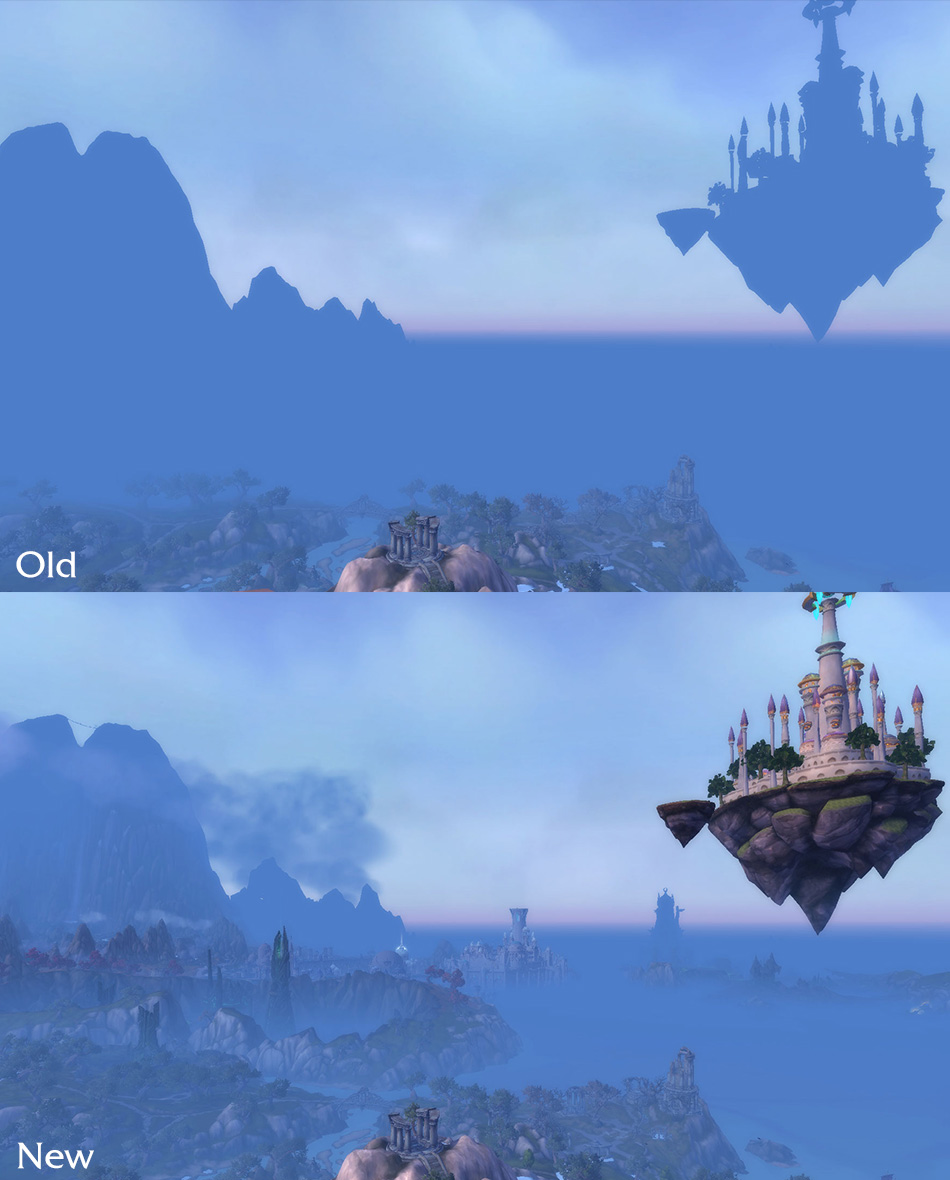 Source: Official site. Thanks, Dug from the earth!
Advertisement