Well, folks, this is it. This is the way that The Elder Scrolls Online should have launched. As MOP’s own Bree Royce says on today’s Massively OP podcast, MMOs do not launch finished. They usually launch horribly incomplete, and sometimes it takes them years to get to a launched state if they get there at all.

I am thrilled to say that ESO is finally there with the introduction of the Dark Brotherhood.

In today’s Tamriel Infinium column, I’m going to give you my personal impressions of the Dark Brotherhood DLC, but I want also offer an overview of what has changed with ESO over the last few updates that signifies why now is a great time to jump into the game and why the game really should have launched this way. Be warned: There are mild spoilers about the guild’s set-up ahead. 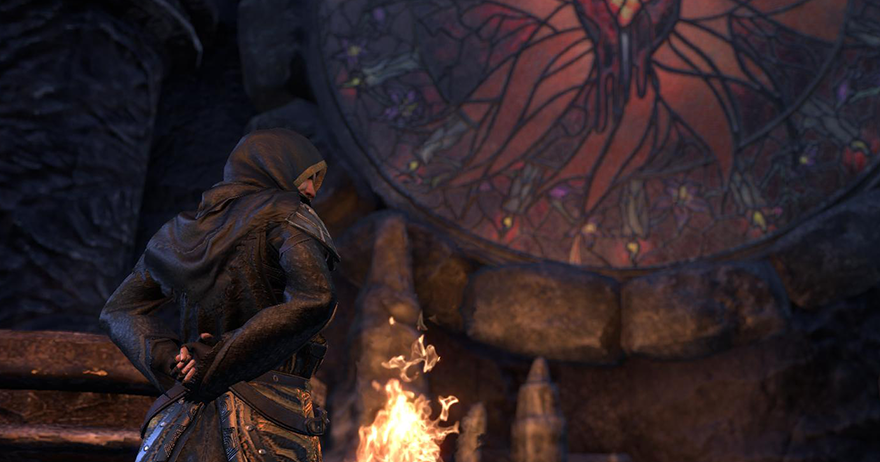 Into the world of Sithis

When the story begins, you are told of mysterious murders taking place in the city of Anvil. You first run into a woman named Amelie Crowe. She gives you the rundown on how the Dark Brotherhood works in the Gold Coast province. She explains that if you want to be noticed by the Dark Brotherhood, you will have to kill an innocent. The Brotherhood has eyes everywhere and it will see what you do. If the murder you committed attracts the attention of the Dark Brotherhood, a courier will invite you to meet with a Brotherhood representative.

Thanks to the Justice system — the system that persuaded me to look at the game again — nearly every single NPC can be attacked. This includes the random NPC carrying a basket of food through the street or reading a book on a bench. However, if you do this in sight of witnesses, then you will be flagged with a bounty and be kill-on-sight for the town guard for several minutes. However, if done correctly, you can find someone in an alley or behind a building with no witnesses.

When the innocent is dead, the quest will update, asking you to meet Amelie again, but she is not there. Instead, a courier finds you, handing you a letter and telling you to meet someone at the Anvil lighthouse.

In the lighthouse, you find one of the most interesting characters in the whole story: Speaker Terenus. Of course, he’s sitting in the dimly lit main room of the lighthouse next to a recent victim, which he later explains was a person who spoke against the Brotherhood, attempting to sully its reputation. But unlike other organizations, the Brotherhood doesn’t fear a bad reputation; it wants to be feared. In fact, this theme comes up multiple times during the course of your adventures with the Brotherhood.

Terenus tasked me with taking down Quintus Jarol, an estate owner living on the Gold Coast outside the city of Anvil. Of course, this being a sneaky, sneaky game, you can’t just walk through the front door and hope that find Jarol waiting on the other side. In fact, Jarol’s whole estate is well-guarded. Ternus suggests that you sneak in through a smuggling tunnel… and bring lockpicks.

It was at this point that the fact that ESO was an MMO actually got in the way of the immersive story that it was building. When I entered the home of the smuggler, another player was there killing her. Obviously, he was on the same quest as I was. Personally, I like to play the sneaky game and not kill anyone on the way to the target, if possible. But obviously, this not-so sneaky gentleman had a very different idea.

In Elder Scrolls lore, the Blade of Woe is a special weapon used by the Dark Brotherhood, but as far as the game is concerned, it’s a new mechanic used to one-shot kill nearly any NPC. And it is bloody.

Like pickpocketing, assassination requires players to sneak up behind an NPC and not be noticed. When the player is within about four meters of the target, another ability will appear near the bottom of the screen. For keyboard users, this is activated by hitting the X key by default. Then the screen will flash to a slow-motion cutscene of the player character stabbing the NPC to death.

As I was sneaking through the tunnels to Jarol’s estate, my unintended traveling companion decided that the best way to “sneak” through the tunnels was to merely kill everyone he ran into. A couple of times, he used the Blade of Woe, which helps the player avoid building up bounty if there are no witnesses, but unfortunately there were always witnesses. My own character was level 18, and by the time I reached Jarol’s estate, I had a bounty of over 1,500 gold and was flagged kill-on-sight to any and all guards. To give you some perspective on how much damage my partner did to our reps, a single kill might normally earn me a 20 gold bounty. That’s part of the fun of playing an MMO, but unfortunately, it’s also a great way to kill the immersion.

Thankfully, when I stepped inside the estate, it was my own personal instance. My tracking and taking down of Jarol was uninterrupted by some sloppy axe-murderer pretending to be an assassin! 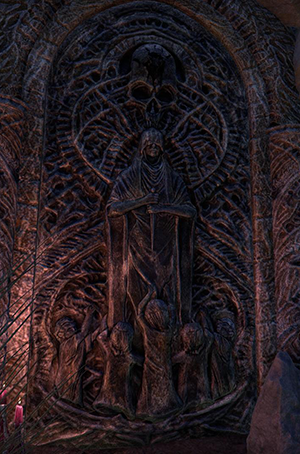 The lair of the Night Mother

When Jarol was dead, Terenus sent me to the Dark Brotherhood’s hidden base on the Gold Coast. And you’ll see a few screenshots of it scattered throughout this post, but there is really no screenshot that does it justice. It’s beautifully spooky and very much befits the assassin cult that is the Dark Brotherhood.

The primary storyline from that point deals with another person or group who is killing Dark Brotherhood assassins, and it’s up to you to figure out why that’s happening. The Gold Coast Brotherhood contains an excellent cast of characters from all over Tamriel, and each personality really stands out and makes the questline that is mostly a murder simulator hold some deeper meaning than killing random NPCs.

Overall, I enjoyed the Dark Brotherhood storyline. I’m not sure that it was as deep as Orsinium, but it was definitely deeper than many MMOs and deeper than a lot of the mid-tier leveling quests you run into in ESO.

The Gold Coast scales well, and when the questline sends you to a land that out-levels you, the Blade of Woe makes for a great equalizer.

At this point, with the revamp of the tutorial, the revamp of the Veteran Ranks, and the addition of two iconic guilds, the Thieves Guild and Dark Brotherhood, Elder Scrolls Online finally feels like an Elder Scrolls game that happens to be online. And I would recommend that if you haven’t played it yet or if you played it at the beginning and didn’t exactly care for it, do jump in now. There is an unbelievable amount of content, and much of it scales. If you like themepark MMOs or what I’m going to call sandbox-light MMOs, then you will love ESO now.

I could seriously rave on and on about the game’s current state, but I really think the best thing to do is to try it out. And try it out soon. It’s sublime, brother. 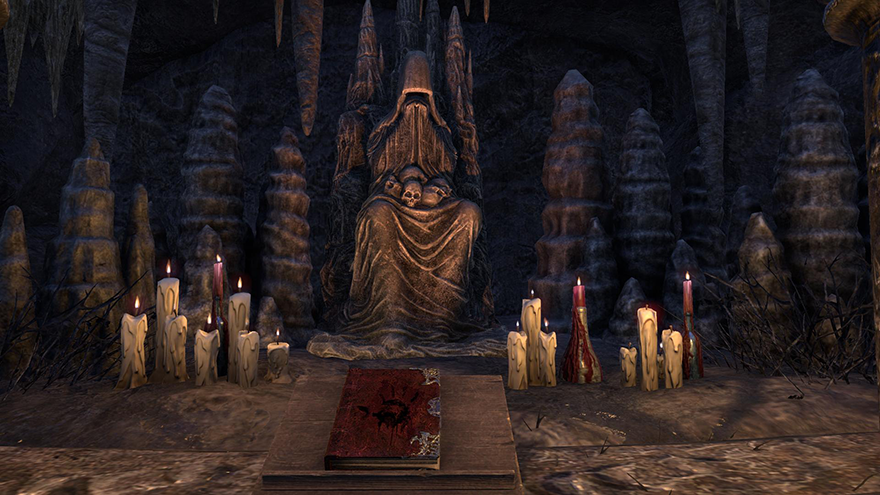 TERA Battle Arena walks you through how this MOBA works

Unpredictable aliens are invading Ship of Heroes next weekend