When Game Director Romain Amiel first revealed the Museum of the Occult for The Secret World, you better believe I was excited. I wanted mounts, and the game gave me mounts; I wanted housing, and now the game is giving me housing of sorts on June 15th. Now it may not quite be the typical idea of housing, but when is anything this game does typical? In true TSW style, both of these systems have a unique twist that is fitting for the world, and I am pretty happy with the results. With the museum, I get a personal space I can hang out in, decorate and personalize, and share with friends — and it keeps in the theme of the game. What more could I want? Well… how about a personal tour before the doors open to the public?

I was given my own set of (temporary) keys to check out the museum in person with Amiel and Community Manager Andy Benditt. I heard more about this fantastic feature while I poked around, opened doors to new wings, built a centerpiece, visited the gift shop, and reveled in the atmosphere. I seriously can’t wait for this to go live and move myself in permanently!

Considering how much I love to decorate, some folks might find it surprising that I would be so excited for and love a system that doesn’t allow me to freely place all items wherever I want. But the way the Museum of the Occult is set up fits in so perfectly with the game, and I wouldn’t want a system that takes away from the carefully crafted atmosphere. It offers those things I want in housing: a way to personalize it, a place to hang out that’s my own, and the ability to show off and share it with friends. (Of course devs, please do keep working on those other housing ideas you had! I want to see them, too!)

The first bit of personalization is apparent when you enter — just walk in and you are confronted by a giant statue of yourself! In recognition of your support of the museum, you are the first display. You can change the pose (there are seven total to earn/acquire, some serious and some not) as well as the outfit. Your statue can wear anything you have, you just put it on then click the change appearance button on the wall. The plaque also heralds your in-game accomplishments for all to read. 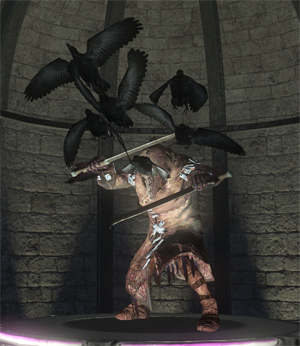 Beyond the front entry, you have to buy wings to begin to populate with your trophies. This is done by purchasing one of the four types of curator contracts. The first three wings are cheaper, and are purchases with the first contract. Each subsequent contract contains the next group of three and becomes more expensive, until you have opened all 12 wings. There is a 13th wing, but I can’t discuss it at this time. I can tell you it will be pretty cool, and it will also be on the cheaper end of wings to unlock. The 13th wing won’t unlock until later in the year.

While it’s true players can’t place anything just anywhere, there is still customization in which poses are selected to display. There are three tiers of pedestals (green, blue, and purple), and each allows for a different pose. There are also occasionally hidden fourth poses that players can find or obtain, such as from killing a boss. These, however, are quite rare but tradeable. Add to that personal touch the fact that the only creatures you can display are ones you have earned the right to through adventuring and exploring throughout The Secret World and it really does make it a very personal reflection of you.

As for a place to hang out and invite friends, Amiel revealed that the museum can now hold up to 50 players inside. No one can actually enter initially unless the owner is there for folks to meet up on (or join if grouped), but once inside the owner doesn’t have to remain. A neat feature is also that the only one who can open any doors is the owner; if you don’t like how empty a room is, you can just leave it closed to visitors. Otherwise, just open doors to let folks wander around and the doors will remain in that state.

Amiel shared that this feature has been on his bucket list of things to get into game. He noted that he first wrote the design concept for the museum about three years ago, but there was never the chance to actually implement it before now. At that time it was tied only to achievements, not the bestiary, which made it feel quite a bit like classic Guild Wars’ Hall of Monuments, introduced in 2007’s Eye of the North expansion. “We decided to rework the design to make it a lot more about the monsters themselves,” Amiel said. “So it made a lot more sense to actually write all the lore about the monsters and then do the museum at the same time.” And let me just add that when he says lore about all the monsters, he isn’t kidding either! There’s a ton of it; shiny lore hunters will be giddy with joy. 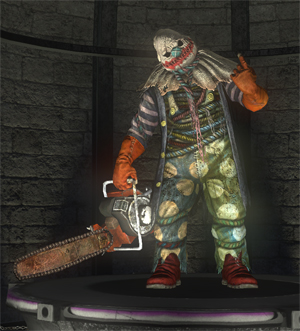 The way it has all come together feels perfect to me. Players earn the right to buy pedestals to display the various monsters and creatures on by collecting the new lore about the creature as well as reaching a certain number of kills (with the exception of friendly creatures like Sasquatch that can’t be killed). The lowest level, green, needs only one-third of the total lore and a lower number of kills. The blue then needs two-thirds of the lore and a higher amount of kills. To obtain the highest pedestal, you must have collected all the lore and reached a significantly higher number of kills. Different creatures can also have other requirements, such as drops. In order to place the pedestals, you also use ability points. This becomes quite the AP sink, as the lowest level uses 50 per pedestal and the center uses 500!

I really love this system because not only is it a way to show off your accomplishments, but a player can obtain his/her museum quickly and start working on it from early on instead of having to wait until later in the game. Amiel explained that it is easy to get into and start the museums, but the difficulty increases the more customization you add. The museum will essentially grow as the player does, with new wings opening, new creatures to display, and new poses to earn. Once a player has obtained all of each level of pedestals in a wing, s/he can buy the corresponding color of center pedestal and begin to build that display. Without giving any spoilers (the devs really want players to have the chance to discover things for themselves), I can tell you that the various poses on these displays are pretty cool, especially the one I got a sneak peak of in one of the as-of-yet unannounced wings.

Gifts that keep on giving

What’s a museum without a gift shop? Each museum has a special room at the beginning of the housing a vendor from each of the regions. From these vendors, folks can purchase some pretty neat stuff, such as monster-themed T-shirts from the monster art contest. Benditt admitted that his favorite part of the museum is actually those T-shirts. He said, “I may be biased here, but I’m excited to see the fantastic artwork our community submitted for the art contest.” I tried a few on and personally can’t wait to buy them all! There are certain requirements to meet before you can nab them, such as a certain number of species kills. Anyone can buy from the gift shop as long as they personally meet the requirements for the item (meaning the owner’s level of museum will not affect visitors’ options).

Among other items available are glamours and special Mnemonic Guardians. These guardians are potions that summon that creature to your side during battle for various benefits. Sometimes the creature will attack your target, sometimes it will heal you, and sometimes it will buff you or debuff the target. Look at that, they sneaked combat pets into the game! The higher the grade of your centerpiece for that area, the better the guardian potions you will be able to buy, which will proc at a higher rate. The more wings a player has unlock will also affect how often these potions proc.

Bring on the beasties!

I don’t know about you, but I am totally excited for this feature to go live. Unless something crops up and gets in the way during final testing, Amiel noted that Museum of the Occult will launch for players on June 15th. Yup — next week! (Curses to them for making it the day before I move!) There is so much awesomeness inside this museum, I seriously can’t wait to start renovating mine. I wonder just how many displays I am close to earning already? I just need to get out there and find that lore. Shiny hunt commencing in three… two… one…