END_OF_DOCUMENT_TOKEN_TO_BE_REPLACED
I am honestly fairly sure that I know where the entrance to to the Deep Dungeon will lie when it comes out in July. I can’t be certain, of course, but all of the signs point to it. And it’s one of the many bits of Final Fantasy XIV that I’m looking forward to over the next few months, especially with my not-so-sneaking suspicion that the next few months will be the “best” part of Heavensward. That alone deserves an article, but not today.

We’re a couple of weeks past E3, but the big revelations from the convention are still fresh and deserve some analysis. If you missed something before now, I wrote a bit about the facts back when it happened; no speculation or opinion in there, just the raw breakdown. Here is the space for speculation and opinion, starting with the implication of what the Deep Dungeon will mean for leveling across the game.

Progress in the Deep Dungeon and working together 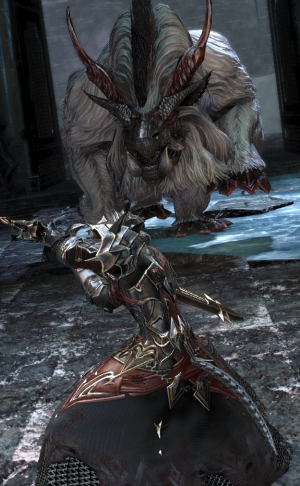 There are several interesting things going on at once when it comes to the Deep Dungeon, leveling, and progress in the main game. We can be confident of a few stated facts – you have multiple “save slots” for the dungeon, you can solo the dungeon (but it’ll be difficult), and your level in the dungeon will not directly carry over to or from the main game.

All of this leads to lots of questions about how grouping up with random other people (which is stated to be a thing) is going to work in the long term. Obviously, saves are going to be in place, but the described setup seems like the sort of thing that could easily dismantle the stated goal of allowing players of various levels to group up.  After all, if you play through the content and level up a bit, then your friend who hasn’t yet leveled at all won’t be able to join you, right?

I suspect that the actual grouping mechanism will be more akin to joining random cooperation games elsewhere; you start back from the beginning (or further along) with random people, with your progress internalized but not necessarily saved. The person who starts the run can pull random people along, but it’s ultimately one person’s run in terms of saves. Further illumination is necessary.

There’s definitely going to be an advantage to working as a team, of course; while there appears to be no hard role bias, odds are good that it’ll be a nice setup just because four people can solve problems more effectively than just one. I’m also very interested in seeing how effective it is for leveling outside of the dungeon as well, as it could create an alternative path for many characters; obviously, you can never altogether leave the MSQ behind, but for alternative jobs and characters it might be another trajectory to provide the lion’s share of experience. (Adding into the list of the dozens of ways you can level in the game to begin with, naturally.)

On a personal note, we’ve been told that the stats on the glowing weapons will be nice enough that we might be happy to take them out of the dungeon. That’s a good thing, because boy, the models we’ve seen so far do not look exciting; I sure wouldn’t be taking one out as a fashion statement. Perhaps this will change, or perhaps they really will be nifty little weapons. We’ll have to see.

This was not a major point at E3, but I think that it’s an interesting thing to consider. We’ve been told that the apartment-style housing is coming in 3.4 and should satisfy player needs, and at first glance that just means “private rooms but not with a free company house.” That is something less than compelling, but that’s also not what we were told, especially since there are a lot of player demands that would not be satisfied by that.

I think there’s also plenty of ground to speculate that this may well be a more instanced form of housing. Ideally, an instanced housing plot would involve some outdoor space as well as indoor space, possibly even available space upgrades; that might not line up with any of the apartments that I’ve owned over the years, but it would certainly have some precedent within the game and the franchise. There are plenty of sectioned-off spaces within each housing ward that could easily serve as zone lines into the apartment district, and that’s without looking at the parts of the city-states which could be opened off. If it was personally instanced except for party/alliance members, that would also solve any issues with limitations of how much land you can own, as well as handling the obvious issue of allowing housing wards in Ishgard.

Right now, obviously, we don’t know much for certain; patch 3.4 won’t be here until September at the earliest, more likely October. But the pieces do align in a convincing fashion, so that’s something. We’ll know more as we approach the fan festival and the inevitable expansion announcement.

The inevitable expansion announcement and minions 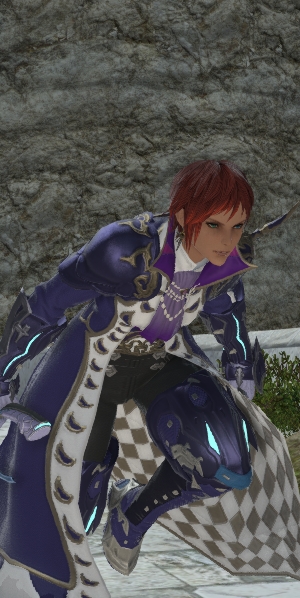 Something very interesting happened with the announced minions for the fan festivals: they don’t include Tidus. And that strikes me as just a little odd.

Now, we’ve gotten minions representing past games before, so that in and of itself isn’t tremendously odd. Some people have even taken the minions in question as an indication that we’ll be heading underwater for the next expansion; Final Fantasy X is all about water, after all, and having all of our minions tying back to that does seem rather telling. But that makes the choice of minions seem even more suspect, because of the three characters chosen, only one can actually swim and hold her breath reliably in Final Fantasy X. Yuna’s learned enough to play Blitzball in Final Fantasy X–2, but she’s clearly in her FFX outfit and sandwiched alongside Lulu. For the whole thing to be a strong “underwater” hint, you’d expect that the actual star Blitzball player would be among the minions, yes?

It could be a case of overanalyzing small details, or it could be hints pointing in an entirely different direction. After all, having all three ladies in one place itself points to speculation about what the next expansion might contain. Sure, it’s Lulu instead of Paine, but Paine was already close to a Lulu stand-in (wears plenty of black, taciturn, glares a lot, speaks softly, gets quickly annoyed by childish antics, uses belts in non-factory-approved fashions). Could it be that we’re going to get some sort of mid-content garment grid system in the future? Is that what the minions are suggesting?

As always, feedback can be left in the comments below or mailed along to eliot@massivelyop.com. Next week, I want to actually dive into the vague implication I’ve tossed around recently that the next few months are going to be the best time for Heavensward‘s expansion cycle, even though we’ve still got a year or so left in its lifespan.