This week’s Massively Overthinking question is a short and sweet one posed by Das Tal developer Alexander Zacherl.

“What’s the greatest unfulfilled dream of MMO players and why will it (not) be fulfilled in our lifetime?”

Let’s talk big picture! Let’s make the optimists and cynics fight! I posted Zacherl’s question to our writers this week. Read on and chime in!

Andrew Ross (@dengarsw): A true WoW killer, without a doubt. The genre has grown too big and diverse I think to pull so many people into a single game for a significant amount of time. Features that used to require an MMO are mostly being shoved into other genres with mixed results but enough so that it’s watered down the meaning of what it is to be an MMO. Even the essence of the genre — persistent, non-instanced worlds (dungeons used to be global, youngin’!) — are so rare these days that they’re practically a feature or marketing point.

I do wonder if, given enough time and imagination, VR could lead to a second revolution, but the price point would need to drop severely, and I’d wager it would need to focus more on immersion that goes beyond simple combat tweaks, as it doesn’t seem to be doing enough for full games (lots of shooting VR minigames, and motion control in Nintendo games usually is limited to short bursts as well). 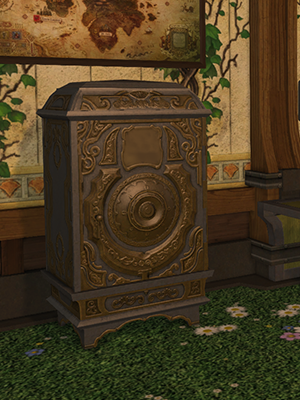 Brianna Royce (@nbrianna, blog): Game design not influenced in any way by money. It was always influenced by — governed by — money, but I think the last six years have exposed and embellished that reality to the point that business models have become distastefully gratuitous and exploitative instead of simply transactional. Not only does that murder the joy we take in online play, but it’s led to stifled development from all but the tiniest indie studios.

There are many other things I’d like to wish for, like the resurgence of AAA MMORPG studios and of PvE sandparks, but I think most of them will eventually happen. This one, however, never will.

Justin Olivetti (@Sypster, blog): To figure out some way to let us experience MMOs for the first time again? Other than mind wipes or transporting us back in time, I can’t see how that would happen, but boy is there a desire out there to recall that “first kiss” bliss and subsequent fall into love all over again.

Larry Everett (@Shaddoe, blog): I think the biggest problem is that we don’t really know what we want because what we really want is a feeling. We want that first time feeling again, or we want that sense of adventure. For me,, I want that feeling that may character is an important cog in a great machine. No game can fulfill this because we don’t know what it will take to get that feeling again because it has to be different enough from the last time we had that feeling but the same enough so that we know it’s there. In the end, game developers have to build what’s fun for them and pray to the RNGesus that enough other people like it, too.

MJ Guthrie (@MJ_Guthrie, blog): This is a pretty tough answer because there is no single MMORPG player. Everyone is different, with different experiences, wants, playstyles… the list goes on and on. So I guess you could say that there can never, ever be the ideal MMO, that perfect one that hits all the right buttons, precisely because of the diversity of players. Then take into account that situations and tastes can change over time… yeah, that perfect game is a pipe dream. I guess MMOs will always be like every relationship: You can get a really good match for you, but ideal perfection just isn’t going to happen. Because it just doesn’t exist; there will always be flaws. But that doesn’t mean they aren’t still immeasurably worth it!

I thought this would be an easy one, but it turned out we each had a different angle. Your turn!