I don’t like to rant. I like my opinions to be measured and thoughtful. But sometimes I need to cut loose and let something off my chest. Last week, I said that I was not going to write about Star Wars: The Old Republic‘s Dark Vs. Light event in spite of the controversy surrounding it. Controversy always surrounds everything that BioWare does with SWTOR since it inception. I didn’t want to rehash the things that others in the SWTOR community were already saying, even though my opinion was probably a bit contrary to the loudest public opinion. I was even willing to defend BioWare over the event; I thought it had the potential to be challenging and frankly a lot of fun.

But after listening to the Producer’s Livestream, I’ve realized that BioWare has misunderstood precisely why people are so upset about the promotion.

I really wanted to talk today about the latest Knights of the Fallen Empire chapter because it was great, but unfortunately, I cannot shake my disappointment in the way that BioWare is handling its veteran and loyal players.

At the time of my writing this, I have 23 characters on my main server. All but four of them are above level 50. Most are level 60 to 65. I have used an instant 60 token a total of two times. That means that I have leveled 1 to 50 or above 17 times. I know that this is not as many times as some people, but it is certainly more than the average player. And it’s definitely more than I recommend for casual enjoyment of the game. Since the DvL event requires that everything be completed on brand-new, level 1 characters, it only feeds my altoholism. 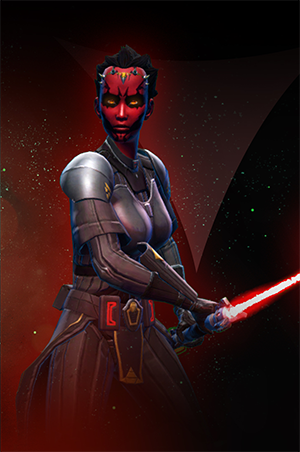 The Dark vs. Light event

The DvL event is broken into six tiers. Each tier has its own set of achievements and rewards for completing those achievements. A large chunk of those achievements sits in the sixth tier, and most of those achievements require hacking and slashing through content that is several years old. As a veteran player and owner of three hands full of elder-game characters, I find that the idea of leveling up yet another character makes me want to claw my eyes out. I’m thankful that I have an outlet like my livestreams to give me a drive to complete these tired achievements. But if this is the first time you’ve done some of this content then, it should be a lot of fun.

I also like to look at the event as a kind of endurance challenge. Maybe I’m wrong about this — or maybe I’m a bit of a masochist — but the event is a race for me, one that’s more like a marathon and less like a sprint. The goal isn’t necessarily to completely the race first but rather to complete it at all. On top of that, the rewards for completing each tier do whet my appetite for shinies, despite the fact that I have most of the shinies I could ever want in the game already.

I should also mention that most of the more challenging achievements also lie in the final tier. All the group content achievements sit there, like defeating specific operation bosses and completing nearly all the hard-mode flashpoints. In fact, all the achievements in tiers 1 to 5 can be completed solo if you so wish. Achievements up to and including tier 4 can be completed on one character. You don’t need to subscribe to the game until you reach tier 3, and even then you need only subscribe for one month to complete tier 5.

Let me also say that I don’t begrudge BioWare making a bit of money off subscriptions for this event; BioWare is not a charity. 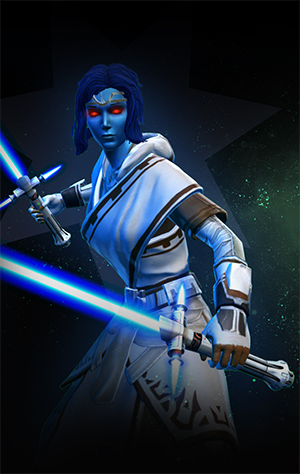 My first gripe was that this event would require the majority of players to buy new character slots. These run for 600 Cartel Coins normally (about $6 US) and have only been reduced by 25% for the event. This tells me that BioWare or EA (blame whomever you like) is still looking to milk some money out of its most loyal players, despite many of those players being whales already. If the price had been reduced to 60 or 90 CCs as some other items have been in the past, then I would see it as throwing a bone to those who were affected by unintended consequences. But a measly 25% tells me that the developers knew that this was going to happen and are attempting to make it seem as if they are giving players a break.

If this were my biggest gripe, then I’d not have written this post. I’d have been happy with my appearance on the Massively OP podcast and my livestreams. But then I watched the producer’s livestream and listened to them completely misunderstand why veteran players are upset.

Producer Ben Irving starts talking about the concerns of the veteran playerbase at about 25 minutes and 40 seconds into last week’s stream. I will paraphrase because he does speak for a few minutes about it and you can watch it yourself. The gist of his statement is that many of the KOTFE loyalty rewards and the additional HK-55 chapter were meant for the veterans. And he believes (rightfully, in my opinion) that there should be encouragement and rewards for newer adopters, too. That is why they set up the DvL event the way that they did.

All right, I will accept that. And the rewards for this DvL event are on par with the rewards that veterans and loyal subscribers have received in the past, right? A few minutes later on the stream, Irving called the DvL rewards some of the best rewards that have ever been in the game. And that is heart of the problem — my own complaint and all other complaints that I’ve heard and read from other players.

It’s a running joke, even on the producer’s livestreams, that the loyalty rewards for KOTFE are, in fact, the most laughable rewards that have ever been given out in the game. On his livestream of the first 13 chapters of KOTFE, Community Manager Eric Musco even joked openly about the HK-55 helmet, one of the first loyalty rewards given. The producers have made it a point to emphasize whenever the loyalty reward didn’t revolve around some stupid HK-55 knock off, but that particular mount reward was only slightly better than the helmet.

The bottom line is that if BioWare gives its newer players what it calls its very best rewards and gives its veteran players rewards that it openly admits are crap, it sends a clear message to the players which customers are the most important to the developers. And somehow the developers of the game want us to believe that they are surprised by the outcry from their longstanding, loyal playerbase. That is why, despite my initial desire not to say anything more about it, I wrote this article today.

I hope that I have presented my position and the position of many long-time players well enough so that it is extraordinarily clear why we were are upset and why many of the most loyal customers are leaving. But given BioWare’s statements regarding this latest controversy, I wonder if it even cares.