There may have been moments over the past 12 months when fans feared this time would never come, but it has: Happy fourth birthday, The Secret World!

It’s been quite a roller coaster year; there have been ups (the 2015 Samhain mission was phenomenal) and there have been downs (financial woes are the worst). Through it all our favorite conspiracy game not only persevered but continued making progress.  I am glad to have been on this wild ride — ups, downs, and all — and I am looking forward to what Funcom brings us for TSW’s fifth year. Especially with better funding, things only look to get better.

But there’s plenty of time to focus more on the future later. Right now, I just want to spend a moment on the memories of this past year. Oh, and get in all the AP and goodies I can during the anniversary celebration, of course! Last year’s guide covers many aspects of the festivities really well (including where to find all of the various anniversary lore collections), so we won’t dwell on that too much here. But there are some new things you won’t want to miss out on! So stroll with me down memory lane, then join in this year’s birthday party before it ends on Wednesday, July 13th.

Funcom cannot now, nor can it ever, give me as much story as I want! I, like many TSW fans, am pretty insatiable on that front. I’d be delighted to have 10, 20, or even more issues each year. But all things considered, I’m pretty happy to have gotten four issues during TSW’s fourth year. 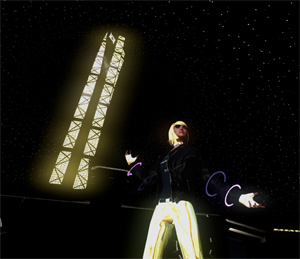 Issue #12 To The Dark Tower Below launched in two halves, one in summer and the other in fall, opening two dungeons in the basement of the Orochi Tower in Kaidan. It also introduced a new raid (Welcome back, Flappy!), revamped the other raids, and revamped the currency system. Next up was Issue #13 Trail of Shadows, which went live in December. This issue wrapped up the Kaidan story line, and included more Ricky Pagan. Who doesn’t love them some more Ricky Pagan?

At the end of March, we got to revel in an Arabian theme with Djinn-filled adventures and mazes, courtesy of Issue #14 Call of the Nameless. Hot on the heels of that we got Issue #15 The Sleuth’s Gallery. Yes, it was a repackaging of the side stories into one complete issue with one extra mission added, but it was a necessary thing. The number of players who overlooked those side story packs as extraneous and unnecessary precisely because they weren’t an actual issue truly missed out on some great stories!

Even if it wasn’t rushing along like a speeding train, progress still chugged forward in The Secret World. Fall 2015 brought us the joys of hoverboards, more nightmare raids, and quality-of-life improvements.   December brought us the ability to gift store items to friends. In January, four side missions were tossed into Kaidan along with two rare bosses. Additionally, a new PvP scenario was added, and a group finder was introduced. Come February, devs launched a new memberships loyalty program that rewards players for accrued subscribed time instead of monthly gifts that were only available to subscribers of that particular month. A free 10-day trial was finally made permanent in April. Also in April the Fusang revamp plans for better PvP were laid out. Most recently, players got to start showing off their achievements by decorating their own personal instances of the Museum of the Occult.

Of course, as with any journey, there were some speed bumps. The subscriber badges that singled out who paid for a sub (or grandmaster) and who didn’t rubbed some players the wrong way. Some were also bothered by the promotional items that those who purchased The Park received in TSW. Still another controversial item that not everyone was pleased with was the bundling of the side stories into one issue; some who already bought all the packs felt cheated (even though they got the issue for free) when others who owned only one or two packs also got the issue for free.

One speed bump that we’ve hopefully left behind is the financial worries. When 2015 ended, there was still a cloud of financial uncertainty hanging over The Secret World. In February, however, we learned that Funcom’s revenues were actually up at the end of the year. The news just got better in May when financial funding was secured that brought the company back into the black.

Celebrate with bags galore and the Gatekeeper

Throughout the year there has been plenty of events, including runs of the Golden Gaia event, the much-anticipated Halloween event, and the Krampus-filled Christmas event. But every year I look forward to the anniversary event. Last year I was a bit saddened by the fact that the only new component of the anniversary celebration was the new bag of loot to purchase. Well not this time! I am very glad to say that this year is different. There are two main new components to the celebration: a guardian loot tier system and a 40-man raid.

In what I hail as an nice move, TSW has changed how players are rewarded when fighting the Guardians of Gaia. Now, instead of getting the mission and full reward just for popping off one shot then going AFK, players have to participate enough to advance the initial quest, then participate more to qualify for the final quest. The loot bags are also tiered, with a bronze for less participation, a silver for mid-range, and the regular bag (or gold) for full participation.

Now, this doesn’t mean that players must have uber damage to qualify for the full loot. It does deter folks from just tossing out a couple shots and going AFK, a practice which hurts the rest of the group because the boss becomes harder to kill and the server is usually full so no one can come help.  What’s the big deal about the tiers? They determine the coin and XP rewards. Additionally, the bronze and silver tier awards can be from any of the anniversary encounters, so anyone trying for a specific golem pet or shard will need to hit the gold level on that particular guardian for a guaranteed chance at them. 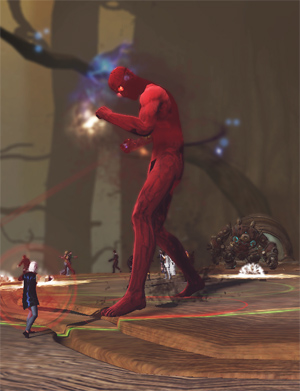 The second new component is the addition of a 40-man raid in deep Agartha. This year, the 10 different guardians can drop a special item (called manifestations) that when combined together will summon an enraged Gatekeeper. This boss has new rewards, including a new bunch of clothes, special toolkits, and the Shem of the Seething Sliver, an adorable little red guardian golem pet. The TSW Database has a full listing of all the available rewards.

Although not really new, a new-to-this year component is the return of the Lunar golem to Fusang. Folks who missed out on a chance to encounter it there now have the opportunity.

On top of all the old celebration events from years past, from the Guardians of Gaia to the double AP, all of the holiday bags are actually available right now! That means if you missed any particular holiday bags (and the dance rewards for popping open the party bags), now is your chance to get them from the item store. Each bag will grant a Lucky Coin when opened, which can be used to buy items from the special vendor. Both the individual and the party versions are available:

The Bohemian Bags purchased from the item store also have the Lucky Coin. If the coveted Mythos Machine motorcycle sprint is all you are after from those bags, however, you might like to know that it is now available on a new vendor. Just keep in mind that if you want to take advantage of all this, you need to hurry — it all disappears when the anniversary event ends on July 13th.

Profane discusses skills and how players will acquire them in Twitter...

Guild Wars 2 maps out its next three reveals, plans End...