END_OF_DOCUMENT_TOKEN_TO_BE_REPLACED
In the latest Massively Overthinking article, our Patreon patron Duane got us thinking about whether the golden age of the MMO industry has passed or MMOs are actually in a better position today than they’ve ever been. Today’s MMO market is certainly a lot more crowded than the relatively quiet one that EVE Online first released into back in 2003, lending gamers considerably more options for the types of game they want to play. Some of the older MMOs have collapsed or faded into obscurity in the face that growing competition, while EVE and others like it have constantly reinvented themselves in order to stay relevant.

EVE has lived through around 20 major expansion cycles and 19 smaller expansion-type releases, and many of them have significantly reinvented the game. While major changes definitely inject new life into the game and keep it unpredictable and entertaining, they also often signal the end of an era. Since I started playing EVE in early 2004, there have been plenty of watershed moments when the game has changed forever and the times we enjoyed before them will never quite come again. When we look back at empires that have fallen, PvP styles that are no longer effective, arms races that are long since obsolete, and major features that were best enjoyed immediately after release, EVE has lived through plenty of distinct ages that will never come again. So which one is EVE‘s golden age?

In this edition of EVE Evolved, I unabashedly don my rose-tinted glasses and look back at two golden ages in EVE Online‘s past that I’m incredibly glad to have been part of. 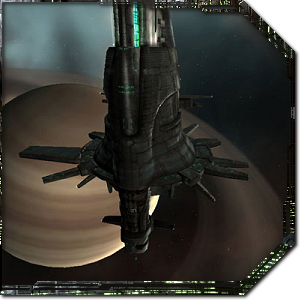 When I started playing EVE in 2004, nullsec was so empty and its inhabitants so much less bloodthirsty that you could often autopilot from one end of it to the other and arrive in one piece. Corporations unofficially claimed space and a few conquerable stations had been dotted around nullsec to fight over, but actual colonisation was impossible. This all changed in late 2004’s Exodus expansion with the introduction of player-owned starbases and an official Alliance system that allowed corporations to band together under a single name. Starbases allowed players to colonise deep space for the first time, but they were time-consuming industrial structures used for the production of tech 2 materials and initially of little interest to warring corporations.

Nullsec colonisation really kicked off in 2005 with the Cold War expansion, which introduced player-built outposts that you could dock at. Building an outpost was a colossal financial and logistical challenge, requiring alliances to escort haulers full of minerals through pirate-invested systems to build the outpost platform and protect the platform while it was being deployed. Outposts also required that the alliance have sovereignty in the star system, which was given to whichever alliance had the most starbases in the star system. Freighters were introduced in this expansion in order to help players haul the huge volumes of minerals required, but first we had to build the freighters and train our characters for them.

Industrial superpower Ascendant Frontier took a decisive lead in the colonisation effort, but every territorial power was working toward its own colonisation plans throughout this period as a kind of industrial arms race. It was around this time that the Interstellar Starbase Syndicate started up, promising to manage nullsec starbases and industrial infrastructure while remaining neutral in territorial conflicts. The ISS dream of a civilian nullsec culminated in the world’s first ever financial IPO in an MMO and the construction of public trading and factory outposts in several underused nullsec regions. This golden age of relatively peaceful colonisation came to an end roughly around December 2006 when conflicts between the ISS and the Interstellar Alcohol Conglomerate drew in other alliances such as Lotka Volterra, Against All Authorities, and Mercenary Coalition. This ultimately kicked off the first Great Southern War and marked an end to an period of peaceful colonisation in nullsec that we may never see the likes of again. 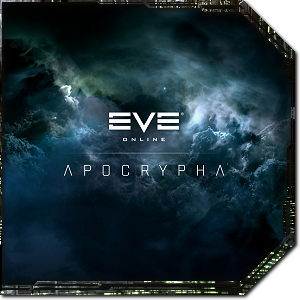 Few expansions have added more to any MMO than the Apocrypha expansion granted EVE Online in March 2009. The core of the expansion was the addition of 2,500 new star systems that could be reached only via randomly spawning unstable wormholes. Each wormhole had an unknown radius that restricted the types of ships that could go through, and an unknown mass limit that would cause the wormhole to collapse after enough ships had gone through. Just travelling through wormholes was initially a risk in itself, to say nothing of the incredibly powerful and unpredictable Sleeper NPCs that lived inside.

Apocrypha offered the tantalising possibility of escape from the stranglehold of the large nullsec alliances, as wormhole systems contained valuable nullsec ores and couldn’t be officially claimed. The wormholes leading into and out of a system were random and mass limits would stop alliances from blobbing with thousands of ships. Players theorised that a small corporation could plant a starbase and unofficially claim a wormhole system for itself, and that’s exactly what happened. Wormholes revitalised small group PvE and gave small corporations goals, purpose, and a place to live. It even presented new small-scale PvP opportunities, with wormhole mass limits preventing blobbing and the delayed local chat channel promoting stealth over brute force.

I took my small corporation on several major wormhole expeditions from 2009 to 2012, and it was the most incredible experience I’ve ever had in an MMO. We’d spend our nights strategising ways to farm the Sleepers safely, unraveling the secrets of the wormhole spawning mechanics, and going on roaming pirate gangs into neighbouring star systems. We even managed to sell our first wormhole home system for 10 billion ISK and watched other corporations and alliances figure out amazing strategies for fighting in wormhole space, taking down starbases, and even stealing from each other. While all of this gameplay still exists and has been improved by the addition of shattered wormholes and the Thera wormhole hub system, the period from 2009 to 2011 was a time of frontier discovery when players hadn’t yet learned to optimise everything and even the rules of how wormholes work were being unearthed.

EVE Online is iterated on and improved so frequently that it’s practically a different game every year, and every major change leaves behind an era of gameplay that may never come again. Everyone will have his or her own view of what exactly constituted the golden age of EVE Online, but the two ages I’m most glad to have been around for will always be the period of nullsec colonisation from 2004 to 2007 and the unravelling of wormhole mysteries from 2009 to 2011.

One of the defining factors of a golden age is that often you don’t realise it was one until it’s over, at which point you realise that something has been lost and you’re glad you were a part of it when it was still around. I’m forced then to wonder whether we’re in a golden age right now, with citadels beginning to reshape the landscape of EVE and the monolithic nullsec coalitions of the past giving way to today’s more dynamic territorial conflict.

The next big EVE update will be the release of industrial citadel structures this Autumn, followed by the Winter expansion’s drilling platforms. EVE‘s core resource gathering gameplay such as mining may be about to see its biggest seismic shift in the game’s history, and nobody is really sure what that will look like. Only time will tell whether we’ll look back at this as the end of a fondly remembered era or the beginning of an epic one. Either way, I think I’m going to be glad that I’m still around to see it happen.