END_OF_DOCUMENT_TOKEN_TO_BE_REPLACED
DC Universe Online’s 26th episode is live for all players today, playable by subbers and purchasable by everyone else in the market.

“Episode 26 features the ultimate caper with Harley Quinn as the girls head into Wayne Manor to kidnap Bruce Wayne. Plus, the fates of worlds hang in the balance as the Kryptonian storyline concludes in the bottle city of Kandor.”

The Wayne Manor Gala is a 2-player level 30 duo, while Kandor Central Tower is a level 30 8-man raid.

As announced earlier this month, DCUO will now begin transitioning away from monthly episodes in favor of larger but more spaced-apart content drops after this one. Consequently, the next episode, Amazon Fury III, is planned for late this year or early next year. Regular game content updates will continue in the meantime. 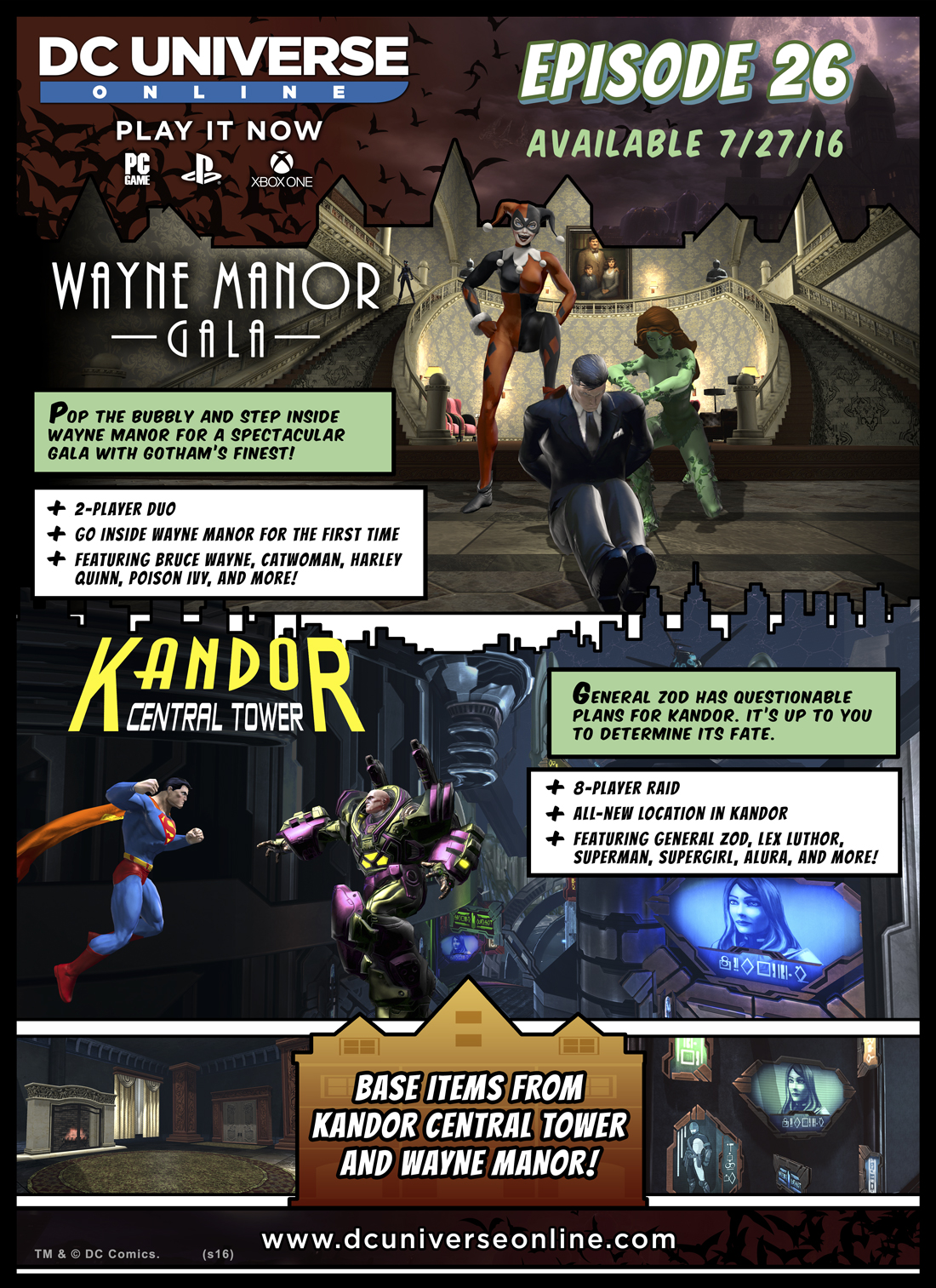 The Daily Grind: What feels like a sufficiently interesting central MMO...