One of the best things about The Secret World is how it is set in the modern day. But that doesn’t mean the game is totally restricted to the here and now; various missions send players to numerous points in the past, from different decades to previous centuries. You can wander through the Franklin mansion in various decades in the 1900s, including the flower-powered psychedelic 60s, and even meet a young, pre-mummified Said in ancient Egypt. But now, my favorite game is bringing my favorite decade to life. TSW is bringing on the 80s!

Sadly, I can’t report that some grand new mission chain, a whole issue, or even a zone is going full-on 80s. Too bad. But this is a step in the right direction. What we are getting is 80s-inspired clothing and what looks to be an appropriately 80s sprint: roller skates. (I am totally getting that sprint no matter what is involved!) These additions were revealed during the last Streaming Ones livestream as a surprise right at the end. And even if we only saw a few outfits, I am encouraged that we might see this flamboyant decade in game more in the future, as Game Director Romain Amiel openly admitted that this theme is near and dear to him. I am sure hoping we see more because as Amiel said, “The 80s are the best.” 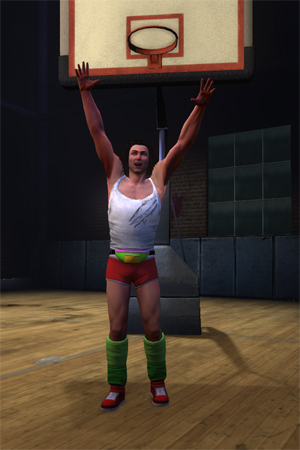 You’ve got the look

As a disclaimer, I don’t think I ever found 80s clothes to be very fashionable (the best part of the decade was and is the music!). But man, oh man, do they have personality. The 80s had a look that was unique, from legwarmers to headbands. It was bright, it was tight, and yet it was also poofy and froofy. And the matching hair was up to there. And we’ll get to sport some of that in game.

Last Friday’s official TSW stream showed off only four clothing styles, but I am pretty confident that is not all we will be getting. It sounds very much like a new clothing line, which hopefully gets expanded upon over time. The four outfits pay homage to fanny packs and leg warmers, nylon jogging suits, Michael Jackson’s Thriller costume (perfect if you want to get in a few of those infamous dance moves), and stirrup leggings with belted leotards. I dare you to look up that last one without singing, “Let’s get physical!” (If you don’t get that, I feel sorry for you and all that you missed.)

Now, nothing quite screams 80s like the hairstyles. Could some 80s big hair styles come into game soon? That is not announced, implied, or anything.Too bad. I might worry that trying to mimic those bangs would serious break the coding somewhere, but seriously, that would be a fun addition as well. In previous discussions, Amiel hinted that perhaps a hat-type addition could substitute as a permanent pompadour hairstyle, so maybe if that avenue is explored, the 80s hairstyles could be included. Can you just see an Illuminati rocking a mullet? How about a Templar cruising about with a whale-spout ponytail? And Dragons need bangs man, bangs teased up to here! Aqua Net will definitely need to be added to the game at that point.

After the dev stream ended and the viewers were wished a radical weekend, anyone still in the channel was treated to a pretty gnarly tease: a clip of a character skating around. Now there is the possibility that this could be some piece of a mission like the snowmobile in Carpathian Fangs, but since no new missions are incoming at the moment, my money was instantly on a brand-new sprint. And I have since confirmed with Funcom that yes indeed, roller skates are a new sprint style.

I think roller skates are a perfect addition to sprints; they fit into the sprint theme very well. Sprints are very much a fun fluff factor meant to add a little enjoyment to something as mundane as movement. Look at hoverboards and vespas — it’s so about the fun. And what is fun if not roller skating? OK, so maybe not roller skating now per se, but the memories it invokes is all about fun.

I don’t care if it dates me; roller skating just makes me smile. I have memories of being young and getting my first pair, learning to balance, and then zipping around. Those memories didn’t stop as I got older, either. Back then, high schools actually held the most important/most attended dances besides prom at roller rinks. Seriously! We’d be dressed in formals and whip off our shoes to cruise around the outside of the rink as couples also danced on the inside. It was a blast! After seeing how too much seriousness leads to drama, I can look back and totally appreciate the lightheartedness that roller skating interjected in these dances. Now I watch the reveal clip and I am already smiling that carefree smile again. I can’t wait to get my pair!

Everything about acquiring the roller skates is unknown, we only know that they are coming. Will it be a reward? Will it be a random drop in a bag purchased from the item shop? Will it be a straight up purchase from the shop that you can get account-wide? My hope is on the latter, especially since my RNG luck is not so great. Perhaps if I sacrifice some rainbow legwarmers to the RNG gods… 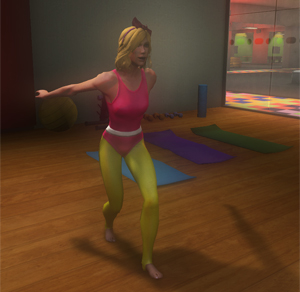 Hoping for more to come

I sincerely hope that this small taste of the 80s is not all we will ultimately see in game. Besides the outfits, I’d love to find ways to incorporate the music into TSW. The 80s are still the pinnacle of music! Maybe we can have another music contest where every entry has to be a rock opera. Hmm, I wonder if we could manage a karaoke bar somewhere in new York…

Some missions that send us to a place with that 80s flair would also be pretty spiffy. How about a mission that involves a new roller rink? That would be pretty rad. I can see the ghosts and specters on wheels. What about a county fair? Add corn dogs and funnel cakes and you are set.

There are many ways you can bring more of the 80s into the game, not the least of which is more outfits. For now, I already anticipate some player-hosted 80s dance parties and some roller derbies. What would you like to see from the 80s put into game? How would you implement it? Or, if you aren’t really a fan of the 80s, which decade would you rather see represented, and why? Share your thoughts in the comments below.